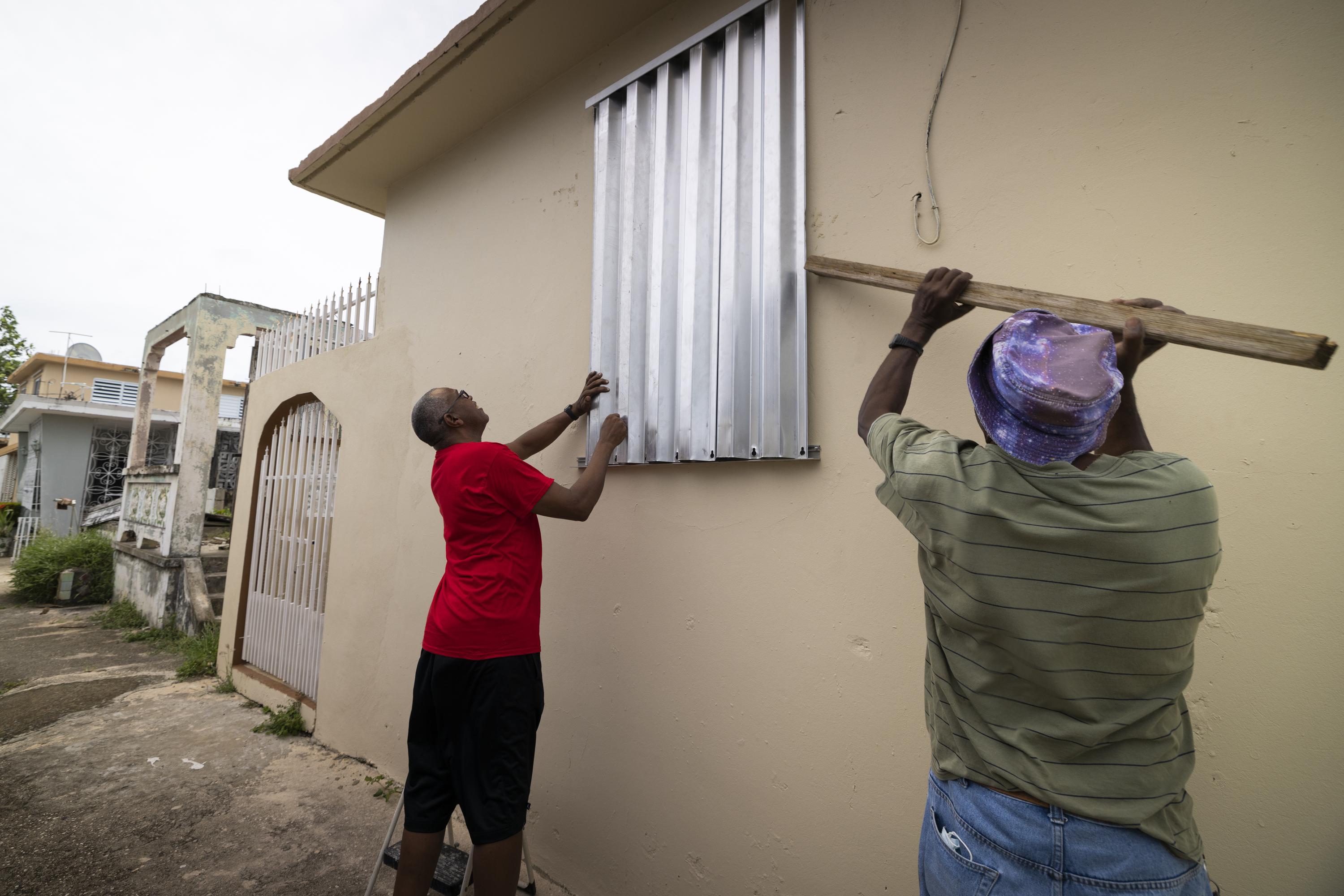 Tropical Storm Fiona headed for Puerto Rico on Saturday, with forecasters warning it likely would grow into a hurricane before hitting on Sunday with extremely heavy rains with the potential to cause landslides, severe flooding and power outages.
The storm already lashed several eastern Caribbean islands, with one death reported in the French territory of Guadeloupe. Regional prefect Alexandre Rochatte said the body was found on a roadside after a home washed away in the capital of Basse-Terre. More than 20 other people were rescued amid heavy wind and rain that left 13,000 customers without power, with the storm tearing up roads, downing trees and destroying at least one bridge.

Fiona was centered 70 miles (115 kilometers) south of St. Croix late Saturday afternoon, with maximum sustained winds of 60 mph (95 kph). It was moving west at 9 mph (15 kph) on a path forecast to pass near or over Puerto Rico on Sunday night. Fiona was expected to become a hurricane before reaching Puerto Rico’s southern coast.

“We are already starting to feel its effects,” Puerto Rico Gov. Pedro Pierluisi said at a news conference in which the lights briefly went out as he spoke, prompting groans and laughs across the island. “We should not underestimate this storm.”

Officials said the heavy rains anticipated would be dangerous because the island’s soil is already saturated.

“We’re not saying that the winds aren’t dangerous, but we are preparing for a historic event in terms of rain,” said Ernesto Morales, a forecaster with the National Weather Service in San Juan.

Many Puerto Ricans worried about serious power outages since the reconstruction of the island’s power grid razed by Hurricane Maria in 2017 only recently began. The grid remains fragile and power outages occur daily, with some 37,000 customers already in the dark Saturday.

Luma, the company that operates the transmission and distribution of power on the island, said it flew in an extra 100 lineworkers ahead of the storm but warned of “significant” outages over the weekend.

Fiona was forecast to swipe past the Dominican Republic on Monday as a potential hurricane and then Haiti and the Turks and Caicos Islands with the threat of extreme rain.

Pierluisi said $550 million in emergency funds were available to deal with the storm’s aftermath along with enough food to feed 200,000 people for 20 days three times a day.

At least one cruise ship visit and several flights to the island were canceled, while authorities in the eastern Caribbean islands canceled school and prohibited people from practicing aquatic sports as Fiona battered the region.

On Guadeloupe, authorities said they recorded wind gusts of up to 74 mph (120 kph). They also said 9 inches (23 centimeters) of rain fell in three hours in the Gros Morne area.

Fiona, which is the Atlantic hurricane season’s sixth named storm, was predicted to bring 5 to 10 inches (13 to 25 centimeters) of rain in eastern and southern Puerto Rico, with as much as 20 inches (51 centimeters) in isolated spots. Rains of 4 to 8 inches (10 to 20 centimeters) were forecast for the Dominican Republic, with up to 12 inches (30 centimeters) in places. Life-threatening surf also was possible from Fiona’s winds, forecasters said.

Meanwhile, Tropical Storm Lester in the eastern Pacific dissipated Saturday afternoon after making landfall to the south of Acapulco on Mexico’s southwestern coast.

The cluster of storms was about 95 miles (155 kilometers) east-southeast of Acapulco, with maximum sustained winds of 30 mph (45 kph) late in the afternoon.

The hurricane center said Lester’s remnants could drop from 8 to 12 inches (20 to 31 centimeters) of rain on the coasts of upper Guerrero state and Michoacan state, with isolated areas getting 16 inches (41 centimeters).

Meanwhile, Tropical Storm Madeline formed farther out in the Pacific, but forecasters predicted it would not pose any threat to land as it moved away from Mexico.