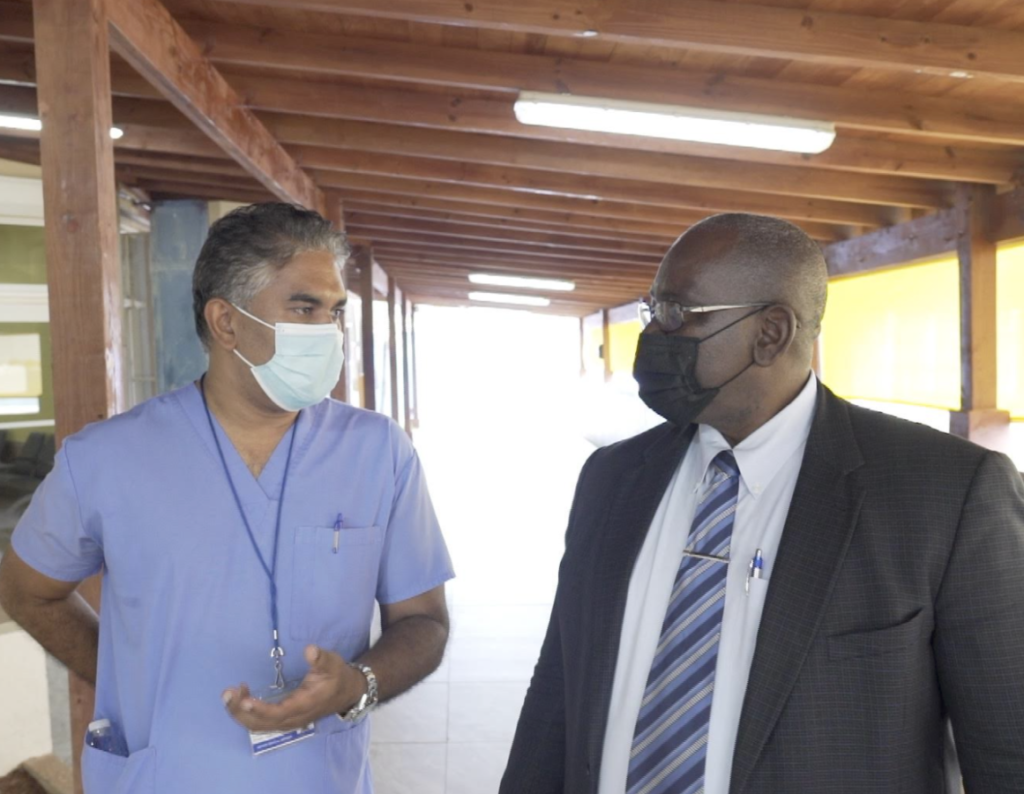 The BVI Health Services Authority (BVIHSA) has announced that rapid antigen testing is now officially part of the territory’s COVID 19 screening process.
The BVIHSA said this alternative coronavirus testing option was rolled out at the Road Town Ferry terminal on Friday, July 23.

Senior Medical Officer at the BVIHSA, Dr Shaun Ramroop said only vaccinated travellers will be able to use the rapid tests.

“When you arrive at the desk a determination will be made as to your vaccination status. If you are fully vaccinated you will get a number. That number will be written on your test card and we will do a rapid antigen test. Then in 15 minutes time, you will be informed of the results. If you test negative you are allowed to move through the process of Immigration and Customs. If you test positive, then you will have a PCR confirmation test done,” Ramroop said.

He also explained that persons who are given a PCR test will be informed of their test results using public health measures.

Meanwhile, Health Minister Carvin Malone said rapid tests is a great addition to the government’s health services, adding that “it will save lives, save hospitalisations, and save the anguish that families are going through”.

“We’re seeking out ways in which we can get it done — even beyond the 15 minutes so that you could be in out. We have to make sure that when persons come into the society that they are also deemed safe. This is what this is all about, without too much of the inconvenience,” the minister stated.

He further said only approved antigen tests will be used by the ministry and by extension the BVIHSA.

“We have a supply of antigen tests and we are going to administer them at the airport, and at the seaports,” Malone stated.

The BVIHSA said in a media release on Tuesday that the rapid tests currently used at local ports of entry are the same being utilised in the neighbouring US Virgin Islands (USVI).

It said the BVI’s current stock of tests includes some that were gifted by the USVI and the United Kingdom (15,000) while the remaining quantity (15,000) was purchased by the BVI government.

The USVI has sent COVID support personnel to the BVI last week to help with the laboratory and the antigen tests.
#COVID-19  #Covid  #Coronavirus