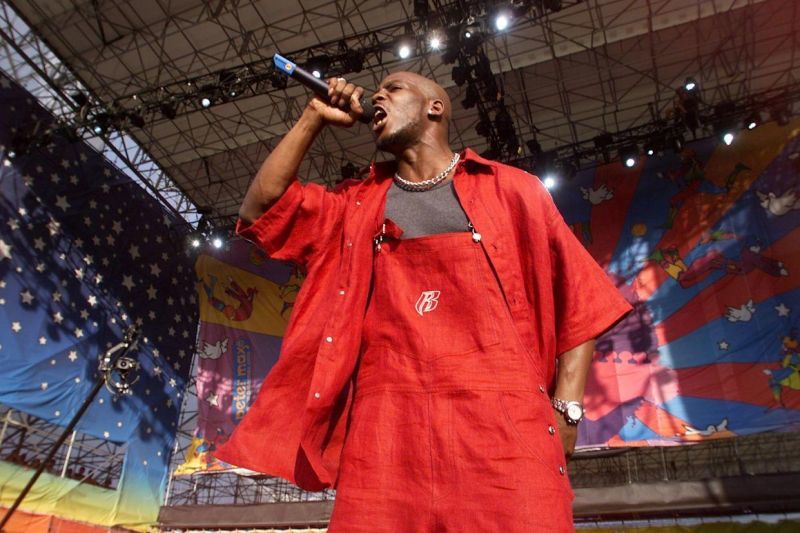 Legendary rapper DMX died this week after being hospitalized for a heart attack, his team said in a statement to XXL Mag. He was 50.
The hip-hop star, born Earl Simmons, was taken to a hospital in White Plains, New York, on April 2 after the heart attack, according to his attorney, Murray Richman. He was put on life support over the weekend, and had reportedly been set to undergo brain function tests Wednesday.

Sources close to DMX reported the heart attack was triggered by an overdose, according to TMZ.

Sometimes known by his unabbreviated stage name, “Dark Man X,” DMX was renowned for representing Yonkers, New York, barking on his songs and producing dark, gritty raps that helped move hip-hop away from the so-called “shiny-suit era” that was characterized by flamboyancy and popularized by artists such as Diddy in the late 1990s.

DMX made his first major splash in 1998 with the album “It’s Dark and Hell Is Hot.” Released by Def Jam in May of that year, the album sold over 5 million copies and debuted at No. 1 on the Billboard 200 chart, quickly gaining renown for singles like “Ruff Ryders Anthem” and “How’s It Goin’ Down.”

That same year in December, DMX released his second album, “Flesh of My Flesh, Blood of My Blood,” which also debuted at the top of the Billboard 200, making DMX one of the few artists to have two No. 1 albums in one year and putting him in the same company as Led Zeppelin and Tupac Shakur.

DMX would continue to smash records, ultimately having his first five albums debut at No. 1 and acting in a number of films throughout the 2000s, notably pairing up with Jet Li twice in “Romeo Must Die” and “Cradle 2 The Grave.”

Despite this, the rapper regularly struggled with drugs and an addiction to crack cocaine that he said began at the age of 14, and was arrested for a number of charges, including drug possession, animal cruelty and tax evasion.

As his arrests piled up, DMX became more known for close calls with death and drug incidents than his career, and in February 2016, he was found without a pulse in a hotel parking lot in Yonkers. He later said he’d had an asthma attack, though a witness reported that he had taken a powdery substance before he collapsed.

“[DMX] is one of the best vocalists, if not the best vocalist Def Jam ever had,” Russell Simmons, co-founder of Def Jam Recordings, told HipHopDX that year. “I love DMX. I think he’s one of the greatest artists we ever worked with. Unfortunately, the streets got the best of him. Some people can’t get rid of them demons. They can’t escape. … DMX did hurt his talent, destroyed his career.”

Bolstered by his Christian faith ― even going so far as to study toward becoming an ordained pastor ― DMX entered rehab multiple times, most recently in October 2019, when the rapper announced via Instagram that he was in an “ongoing commitment to putting family and sobriety first.”