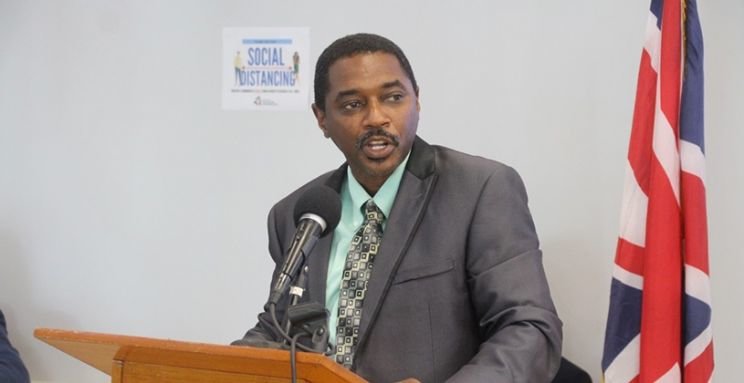 CEO of the Recovery and Development Agency (RDA) Anthony McMaster said plans are underway to ramp up fundraising efforts as the agency tackles various school projects this year.
McMaster said during a contract signing ceremony last Thursday January 21, that the RDA raised approximately 25 per cent of the total sum directly contributed to the entity by the government.

“So we received approximately $11 million last year from the government, and we were able to raise approximately $3 million through partnerships with private sector entities and the Foreign, Commonwealth and Development Office. This year some of our key focus will be on schools, and I think we can all understand and appreciate the importance of schools to our territory. So as we venture into further developing these projects, I would hope that we would get as much support as possible from all, both locally and internationally,” he remarked.

He added, “I think this year our target is a little bit more ambitious because the premier has given us more ambitious projects this year. So please be aware corporate citizens that we will be knocking on your door because though COVID-19 has given us a little knockdown we have to remember that it is time of knockdown that we band together, unite and come forward. So we would expect that everyone would be willing to participate.”

In the meantime, McMaster said to date, the RDA on behalf of the government has committed $23.4 million through projects.

“So people of the BVI please be aware that your government has injected in the local economy through RDA projects $23.4 million to date, of which 89 % have been to locally established companies. So I think we are fulfilling the mandate that has been given to us by ensuring that there is local content in the rebuilding of the territory,” he pointed out.

The RDA is the entity responsible for handling the rebuilding of the territory's infrastructure following the 2017 hurricanes which caused considerable damage across the island.
#COVID-19  #Covid