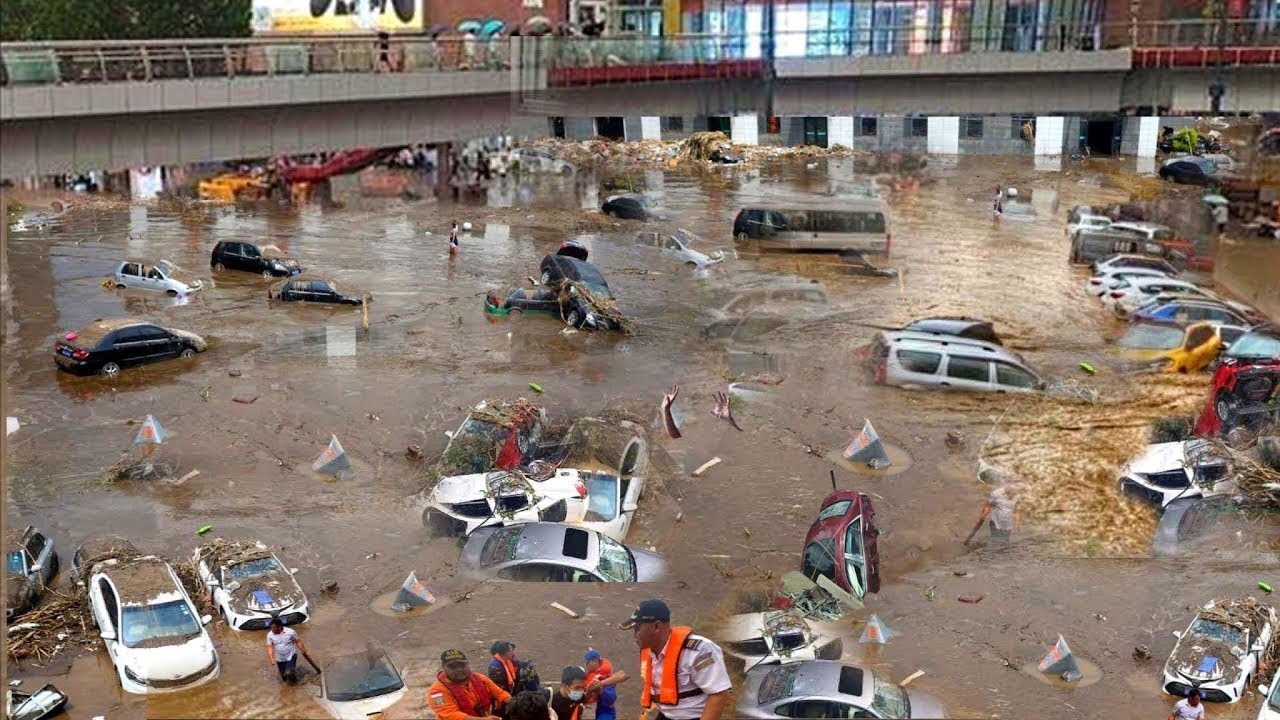 Listen to the article
0:00 / 0:00
Voice by MediaWorks
Record downpours flooded homes, roads and subway stations in the South Korean capital Seoul this week, killing at least nine people, as forecasters warned of more rain to come. The torrential rain eased on Wednesday, though already-flooded areas could see an additional 300 millimeters of rain through Thursday, which may lead to further flooding and mudslides, forecasters warned.

Three of those who died had been trapped in a flooded semi-basement, according to South Korea's Interior and Safety Ministry. Some 17 others were injured and at least seven people remain missing, the ministry said.

On Tuesday, China's Ministry of Foreign Affairs confirmed two Chinese citizens had been killed. One died in a landslide at a dormitory in Hwaseong, south of Seoul, while the other was electrocuted during outdoor construction work during the storm.

More than 500 people have been evacuated since heavy rain lashed Seoul Monday night, with the ministry providing tents, blankets and other aid items. Meanwhile, authorities are launching cleanup and rescue services, with the fire department having rescued 145 people as of Wednesday. 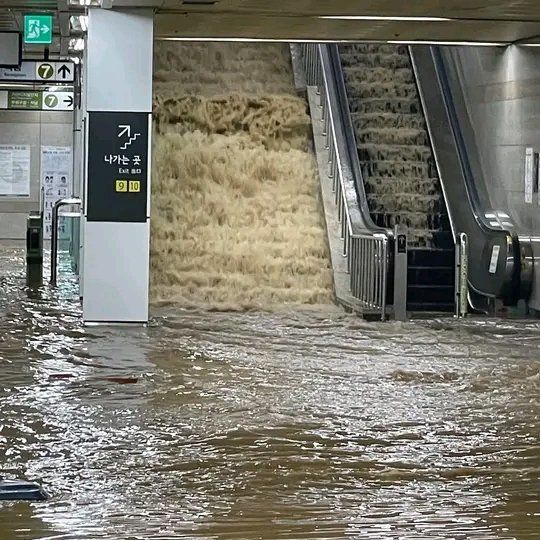 About 2,800 structures -- including houses, shops, retaining walls and other pieces of infrastructure -- were damaged, though most had been repaired as of Wednesday morning, according to the safety ministry. 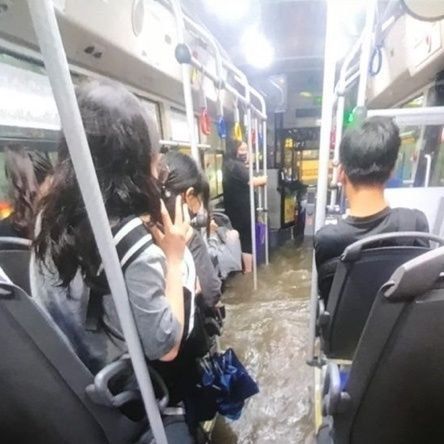 In some parts of Seoul, drains backed up and sent water pouring back into streets and subway stations, according to the Seoul Metro. A number of stations were closed due to flooding, with lines temporarily suspended Monday night.
Images of the aftermath show debris and wreckage scattered across streets, shopkeepers trying to salvage their goods, crumbling parts of pavement and damaged vehicles that had been swept up by floodwater.

Several regions south of the Han River were worst affected, including the wealthy, modern Gangnam district, where some buildings and stores were flooded and lost power. 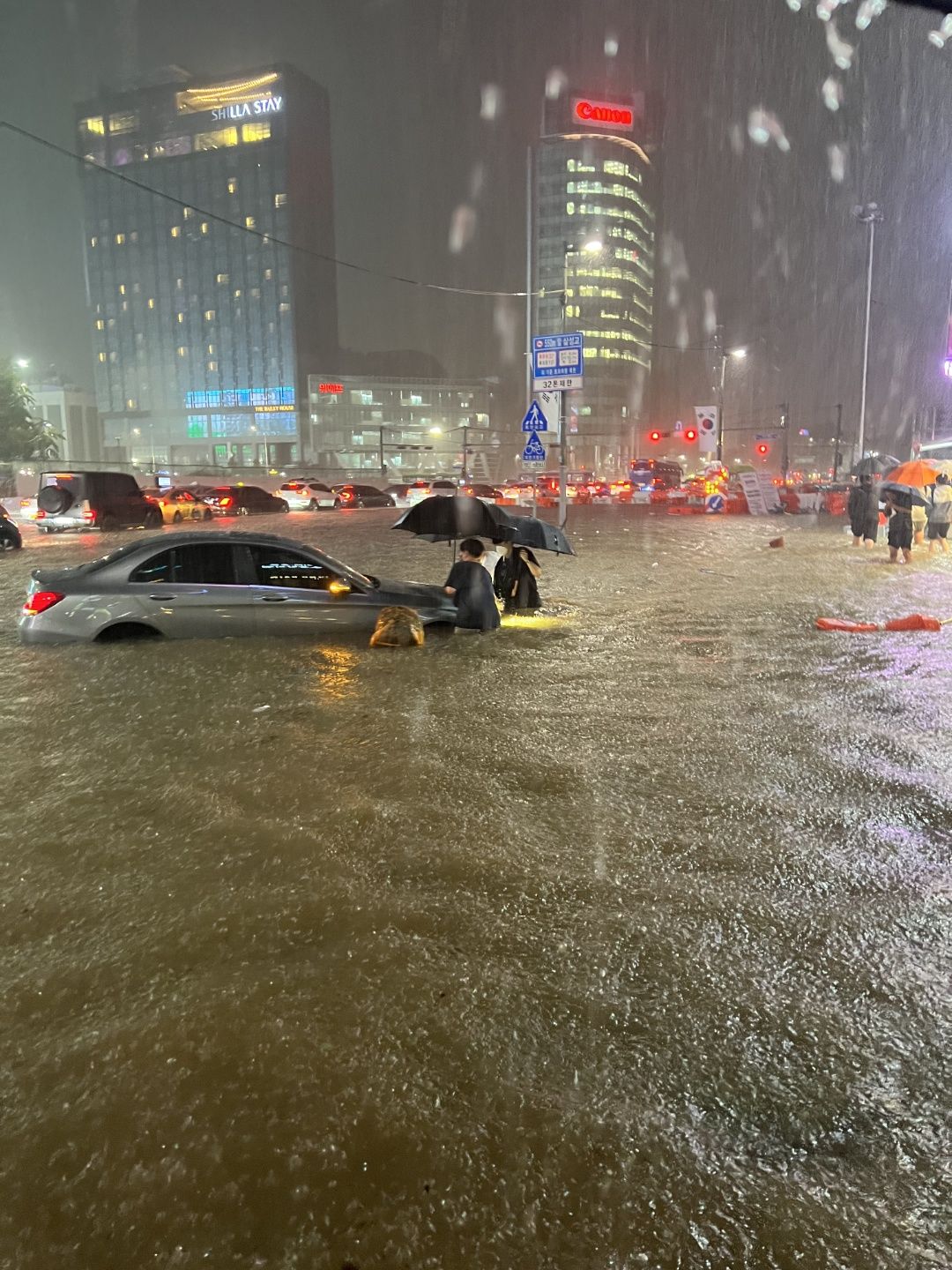 South Korean President Yoon Suk Yeol sent his condolences to the victims on Tuesday, saying he would conduct an on-site inspection and work to prevent additional damage.

He also pointed out the need to review the country's disaster management system, since extreme weather is expected to become increasingly common due to the climate crisis.

Many countries in East Asia are now experiencing more intense daily rainfall, with summer monsoons expected to grow stronger and more unpredictable as the Earth warms, according to the Intergovernmental Panel on Climate Change. 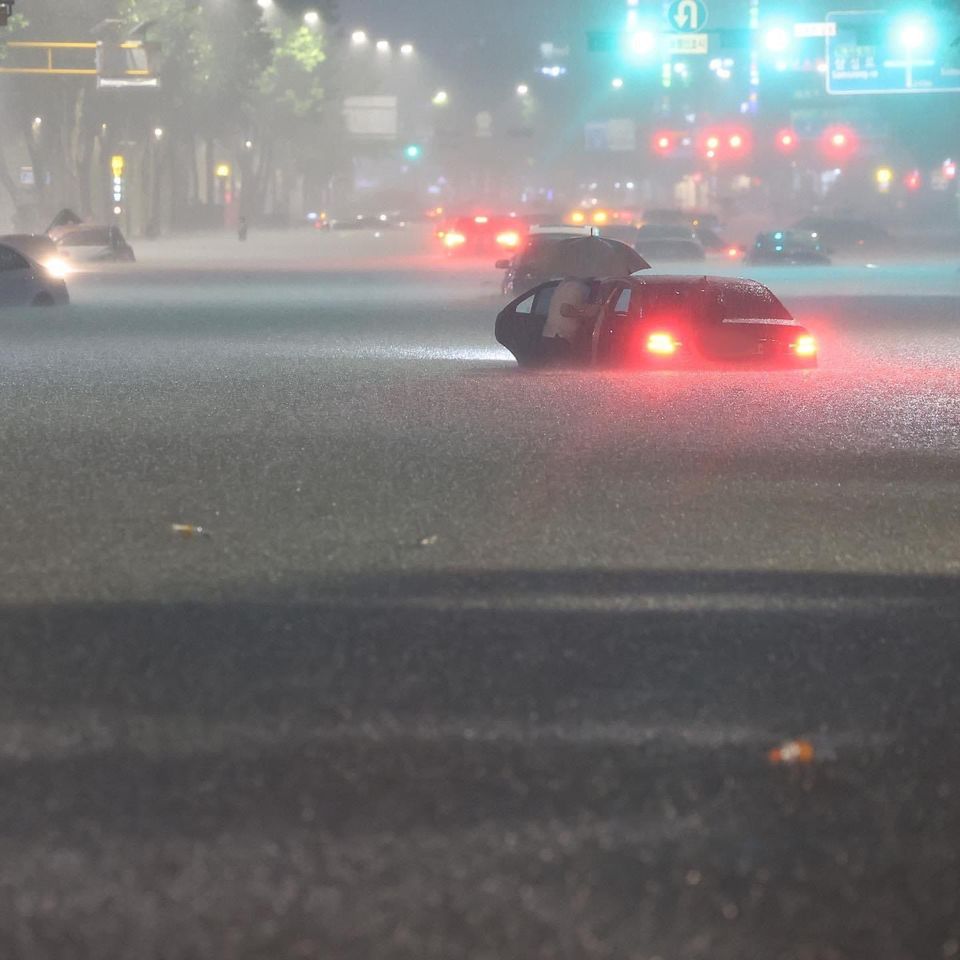 Seoul typically averages 348 millimeters (13.7 inches) of rain in August -- the wettest month of the year there. Several locations recorded this much rainfall in just one day.

Parts of Japan also saw downpours on Monday night, with some regions of Hokkaido reporting flooding - but no injuries as of Tuesday. Authorities have warned of the risk of flash floods and landslides. 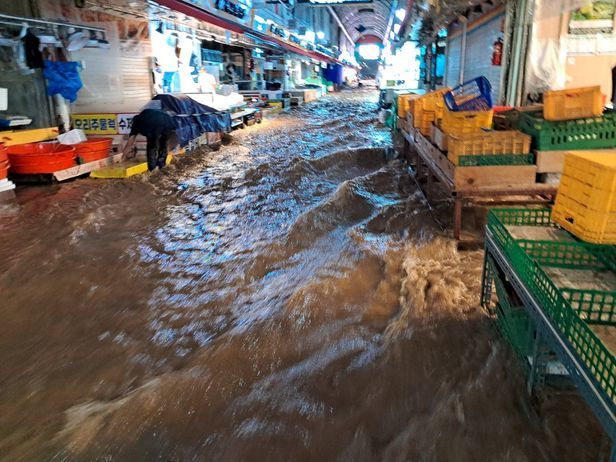