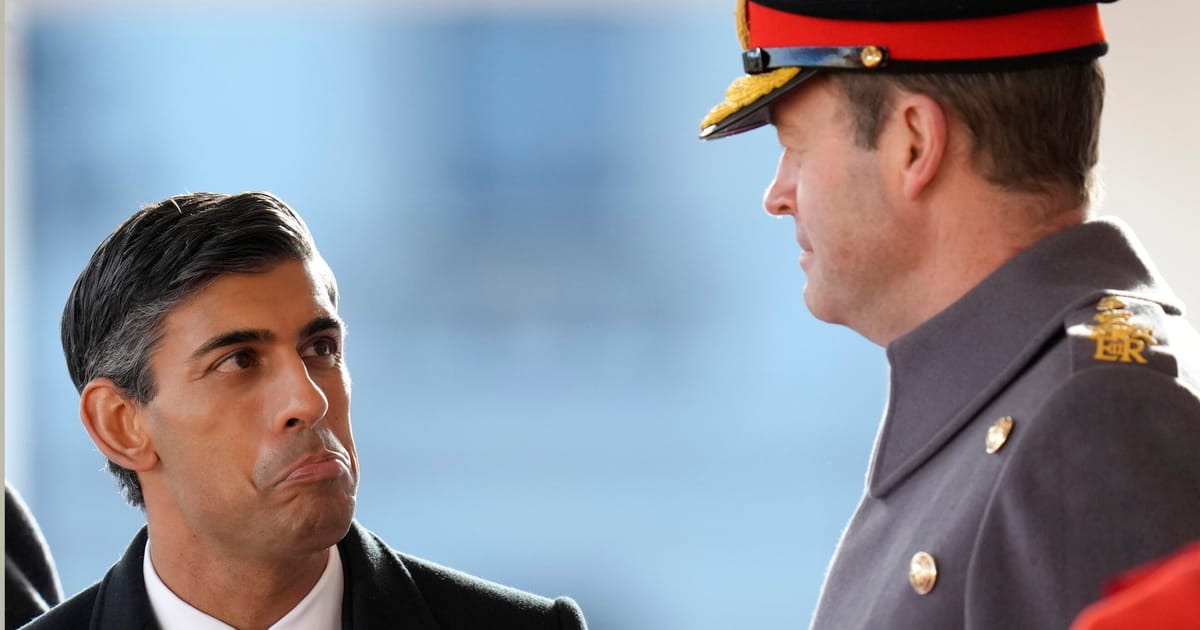 MPs and aides fear voters are starting to pick up on Sunak’s sometimes awkward manner.

They thought they were electing Mr. Slick as their leader — but senior Tories are starting to worry that Rishi Sunak might be just the opposite.

Certain Conservative circles are abuzz with horrified whispers that Britain’s new prime minister may have a touch of the “Ed Milibands” about him — a reference to the famously geeky ex-Labour leader, whose disastrous attempts to eat a bacon sandwich became an internet meme … and not in a good way.

A series of low-key awkward moments during Sunak’s interactions with voters have left some aides and MPs fearing that as leader, Sunak is proving to be just a little bit “cringe” … and are bracing themselves for the moment voters start to notice.

“There’s a sort of ‘Ed Miliband with Prada shoes’ problem,” said one researcher who regularly conducts political focus groups around the country. “It’s the sense of it being forced.”

A series of “wealth gaffes” — Sunak is famously married to a billionaire heiress, and owns multiple properties — are being picked up by working-class voters in the so-called Red Wall of former Labour Party strongholds, the researcher added. The trends are combining to make the new prime minister seem “out of touch,” they said.

Over Christmas, Tory mutterings about Sunak’s awkward style became a flood of worried WhatsApp messages when the prime minister was caught on camera asking a homeless person at a shelter if he “worked in business” and might like to “get into” investment banking. The man replied dryly that he’d just “like to get through Christmas first.”

In fact, transcripts later showed the homeless man had led the conversation’s direction, and Sunak’s efforts to engage were subsequently praised by left-wing writers and homelessness experts.

But for many Tory MPs, the damage had been done — not least because it was just the latest on-camera moment to send their toes curling. Clips last year of Sunak struggling to use a bank card, and jovially putting up a World Cup wall chart, also had some colleagues wincing.

And a historic clip of the prime minister, aged 21, suggesting he had no working-class friends, was another head-in-hands moment when it resurfaced during the summer leadership campaign.

“I want him to succeed, obviously, but the problem is that the Labour Party will quite understandably bring out all these clips in a general election,” one former Tory Cabinet minister said, citing “the way he came across” at the homeless visit as being an issue — even if his line of questioning had proved legitimate.

“The problem is, every time there is a moment like that, people are going to bring up the fact he is a multimillionaire.” 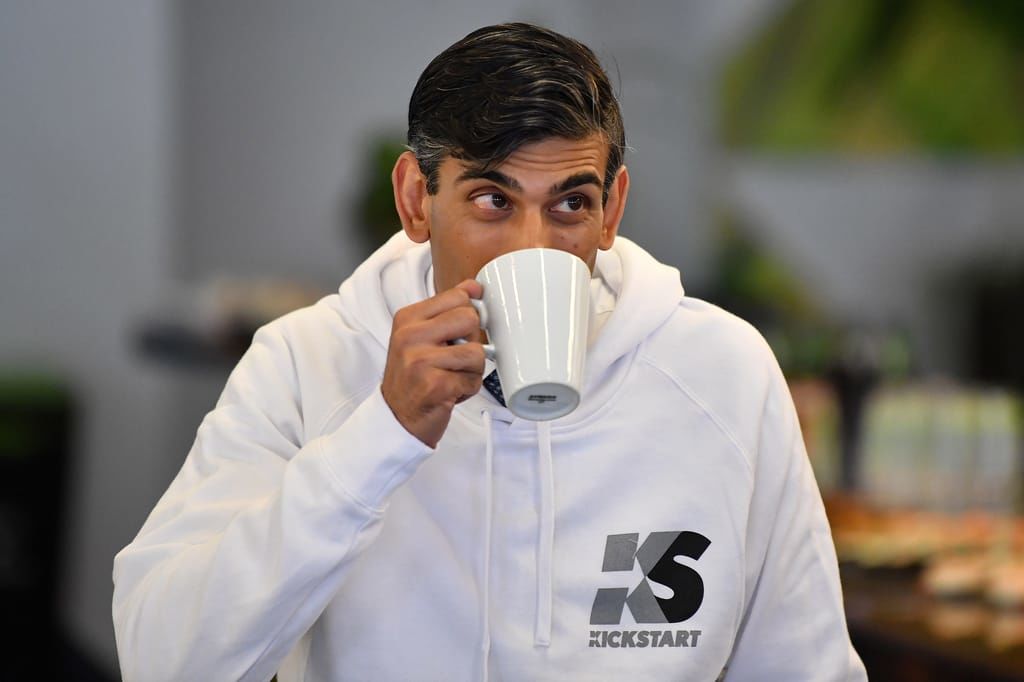 British PM Rishi Sunak isn’t a stranger to finding his foot in his mouth
Another former Tory minister warned of a danger of “momentum [building] behind this stuff,” fearing it could become “a bigger problem than it deserves to be.”

Some Tory MPs have also found themselves flinching at the prime minister’s public speaking style, described variously as “stilted” and “school-teachery,” and believe he performs better in unscripted Q&A sessions.

Sunak’s big New Year’s speech was described by the Telegraph’s parliamentary sketchwriter as “chatbot-style,” and by the Times as “gloopily sincere,” delivered in a “dreadful Timmy-the-Hamster voice.” Both newspapers have traditionally supported the Conservatives at general elections.

One Tory MP said: “I think a fair few of us think he needs to do as few set-piece speeches as poss.”

“The speech was strong in content but ‘cringe’ in delivery,” said another Tory MP, who again likened Sunak’s awkward manner to Miliband. “We need to be careful that ‘cringe’ is not seen as ‘false.’”

One serving minister said ruefully that there was “no comparison” between Sunak and his predecessor-but-one, Boris Johnson, when it comes to speaking to voters, describing the current PM’s demeanor as “wooden.” They added: “There’s no sense of a normal person.”

Downing Street officials are relaxed about the criticism, and supporters of Sunak insist he is very different away from the glare of the cameras.

“If you followed anyone around for every interaction they have, then you’re going to see some awkward moments,” one serving minister insisted. “He’s actually a lot more engaging one-on-one than when he has to do big set-piece speeches.”

A second former minister said that at a recent event for Tory MPs at Chequers — the PM’s grace-and-favor country estate — Sunak had circulated between tables “talking about normal human things, in a good way.”

But others fear the cringe factor could be more than just a reaction to being in the public glare.

“He seems to say slightly clunky things in conversation,” said one former Tory adviser, “like that famous video of him talking to the school boys about Coca-Cola.” The ex-aide was referencing an interview with school pupils when Sunak was chancellor, during which he claimed to be a “total Coke addict”— followed by an awkward moment where he had to clarify he meant the legal fizzy drink Coca-Cola and not the class A drug.

“My experience of him in private is actually quite similar to that,” the former adviser went on. “I don’t think it’s a bad thing, [it] just sometimes makes you think — ‘God he’s a bit weird.’”

A senior government official with direct knowledge of Sunak’s first phone call with French President Emmanuel Macron told POLITICO last year how Sunak’s attempts to build a positive relationship were deeply awkward to listen to, and “all a bit desperate.”

‘Curse of the Partridge’

The fear among Tory MPs is that an observation currently restricted to catty Westminster WhatsApp messages may ultimately cost them precious votes.

Joe Twyman, founder of the polling company Deltapoll, said voters had yet to pay too much attention to Sunak as prime minister, and had not followed the intricacies of Westminster politics over Christmas or into the new year.

But he said Sunak’s refusal to disclose during a BBC interview at the weekend whether he uses a private GP was likely to “come back to haunt him the most.”

Ayesha Hazarika, a former political adviser to Miliband, joked that the “curse of the Partridge” has got Sunak — a reference to the fictional sitcom character Alan Partridge, a socially inept media personality.

But Hazarika thinks this is ultimately “part of the curse of leadership,” pointing out that Miliband had once been seen as a “hotshot” within Labour circles who “everyone absolutely adored,” before enduring the scrutiny of being leader of the opposition. 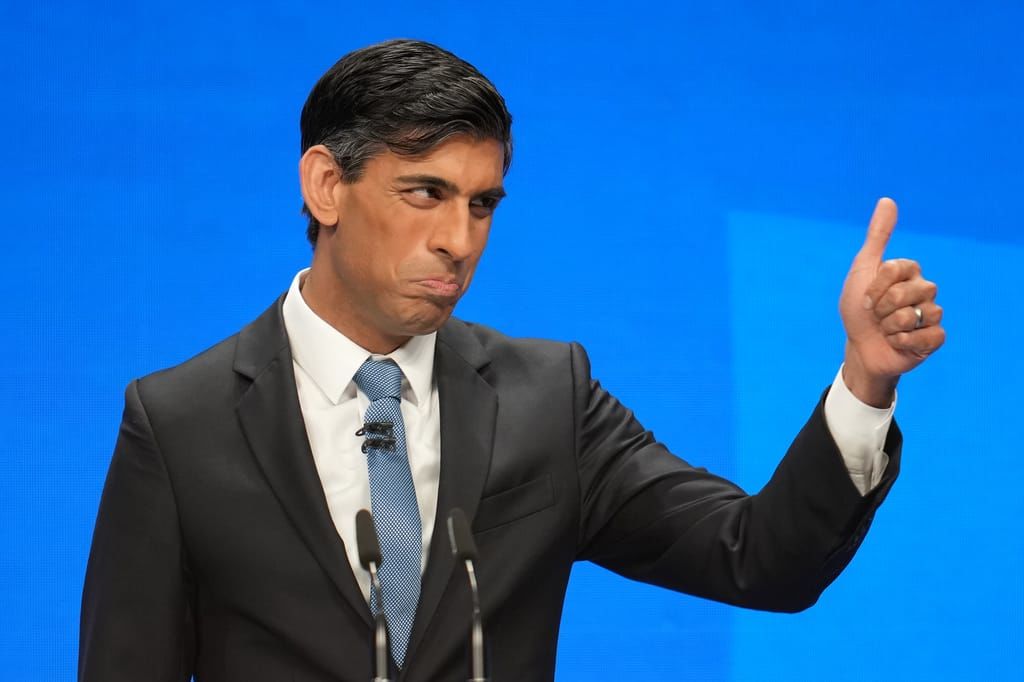 Downing Street officials are relaxed about the criticism

“It’s like somebody cast a ‘weirdness’ spell on everything around you. You become both really nervous, and very defensive and scared about messing up — but at the same time you have the weight of the world, and loads of media expectation, that you’ve got to suddenly start becoming a performing seal.”

The former Tory adviser quoted above agreed that Sunak may ultimately be following in a grand British political tradition.

“Politics is full of weirdos,” they reflected. “And I don’t think he’s the weirdest person in politics.”