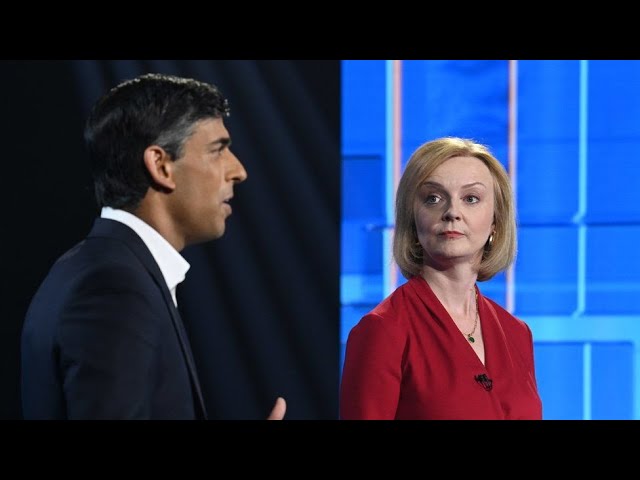 The backstabber vs. the moron

The battle between the backstabber against the moron continues to demonstrate how many more lies politicians are ready to tell us in order to enjoy the huge benefits they get from our taxes, as our so called: “leaders”.
In the latest spectacle of the absurd, UK prime minister candidate, Liz Truss has defended her plans to lower taxes, describing them as the best way to attract investment.

Her rival, Rishi Sunak, said he does not want to reduce taxes, before he fights inflation, but he did not offer a plan on how to do it. In fact, he was the chancellor that is guilty for causing this inflation to begin with. So it is no surprise that he did not come up with any solution.

Truss said that Britain is headed for a recession. She added that is not inevitable, but we need to avoid that by making sure our economy is competitive. To encourage businesses to grow while keeping taxes low."

Sunak said that Truss’s tax proposals “would not help too many people like pensioners or those on low income”. But… these are the kind of people that he himself, as a chancellor has failed to offer any help to anyway.

So if Sunak wants to "ensure" that the people who really need our help do get it, how is he as a prime minister, going to solve the huge economic disaster that he, as a chancellor, created?

The Bank of England warned that the UK would fall into recession, as it raised interest rates by the highest amount in 27 years. Sunak said he wanted to focus on fighting inflation first. But this inflation happened under his watch, therefore he is the problem not the solution.

Sunak also said the Tories can "kiss goodbye" to winning the next election, if inflation is not brought under control quickly. Yet he does not have any practical plan on how to bring inflation under control. Not quickly and not even slowly.

He added “with the current economic situation, there is no hope for the Tories to win the next election.”

But in fact, a victory in the next election by the very same people - Sunak or Truss - that led Britain to the current economic disaster is not a hope, but a risk.

Everyone in the political system in Britain continues to deal with the colonialist concept of how much more tax to take from the public, to pamper those who control it, instead of giving something back to the public who pays it.

Britain is not a democracy, but a bureaucracy. Britain is a bureaucratic monster where the working public is suffocated to finance a huge apparatus of leeches, who contribute nothing real to Britain's security, economy or well-being.

A swarm of public servants who receive huge salaries and outrageous benefits, in exchange for doing nothing for the public and everything for themselves.

This is the real problem of the economy in Britain, too big government expenses and too little benefits back for the huge taxes Britain is taking from the poor and the middle class. The public must concentrate only on its solution, without allowing dubious politicians to promise solving problems that they themselves are guilty of creating.