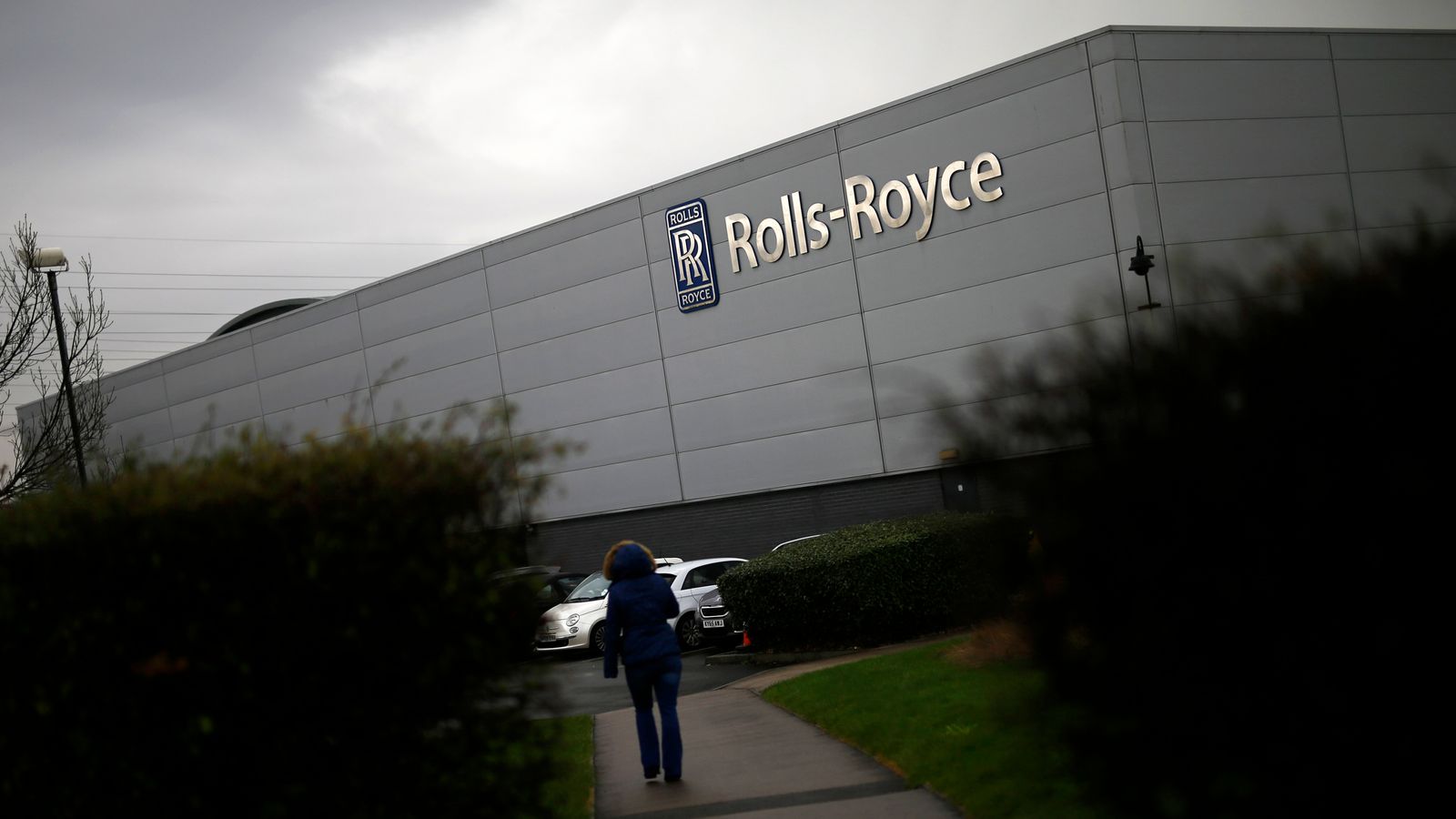 The Derby-based engineering group told 11,000 staff on Monday that they would receive the lump sum as well as a backdated 4% pay rise as the cost-of-living crisis intensifies.

Rolls-Royce Holdings is to hand £2,000 in cash to nearly three-quarters of its UK workforce, making it the latest major British employer to try to help staff deal with the intensifying squeeze on living costs.

Sky News has learnt that the aircraft engineering group informed thousands of employees on Monday that it is offering the lump sum as well as a 4% pay rise backdated to March to 11,000 shopfloor workers in its UK manufacturing plants.

It also intends to provide the £2,000 lump sum to a further 3,000 junior managers, taking the total number of beneficiaries of the company's decision to 14,000 people.

In total, 20,000 people work for the engine-maker in Britain.

A source who had seen the memo circulated to staff said that junior managers would receive the cash in August, while union members will receive it once the offer is accepted by Unite, which represents thousands of Rolls-Royce workers.

Staff at Derby and Bristol would account for the bulk of the recipients of the additional money, which collectively would equate to a 9% pay rise for the 11,000 shopfloor workers, according to one insider. 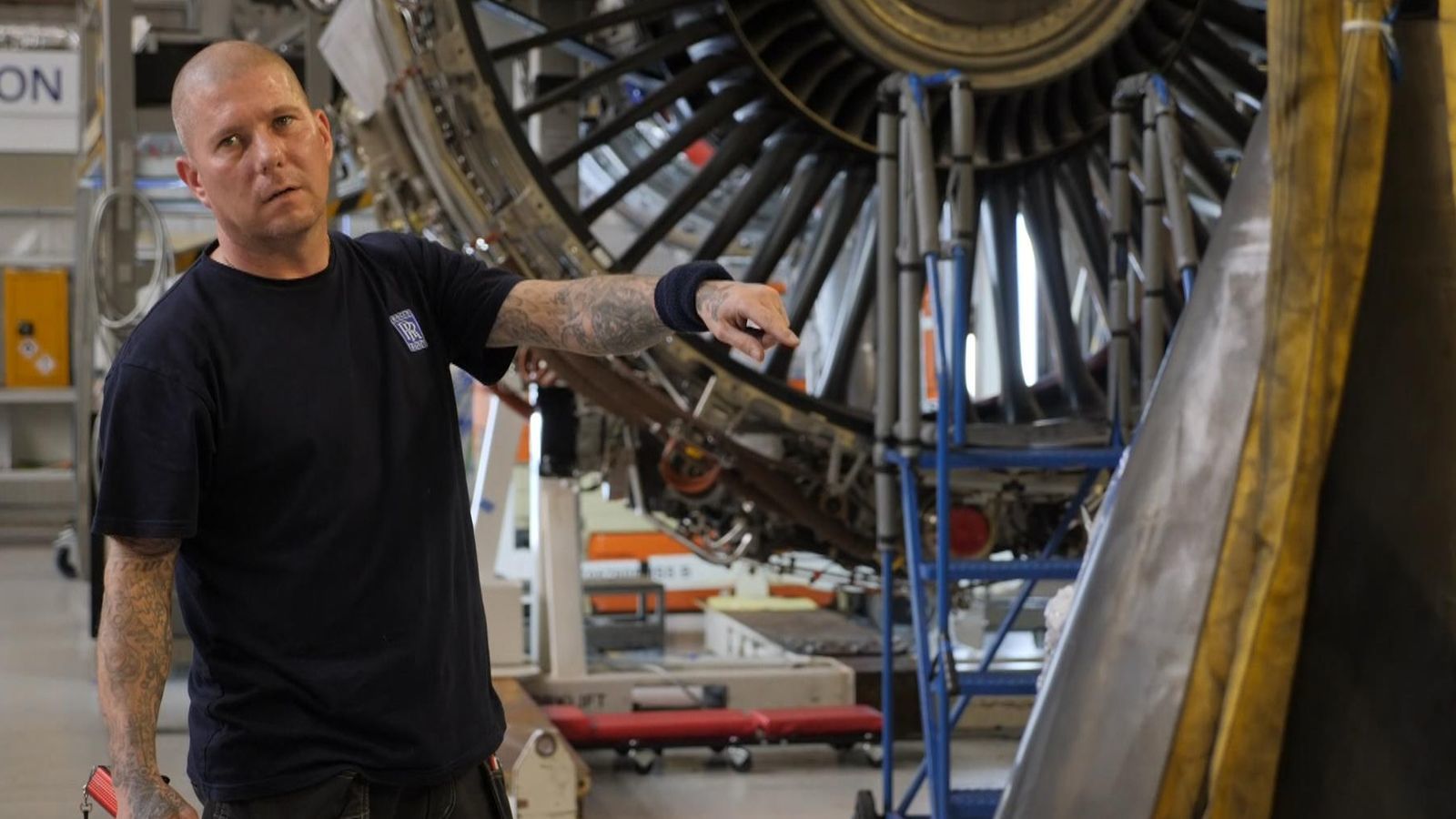 The one-off lump sum will cost Rolls-Royce £28m, while the backdated pay rise will take the aggregate cost to more than £40m, the source added.

The person described the pay rise as the biggest at the company for well over a decade.

The sum is not insignificant for a business which City analysts predict will barely break even from a cashflow perspective this year.

Warren East, Rolls-Royce's outgoing chief executive, is said to have decided, however, that the move was essential to maintain morale among a workforce that has endured a turbulent couple of years.

He was said to have told workers in the memo: "We are living through exceptional times, with economic uncertainty largely driven by the continuing impact of the global pandemic and more recently the war in Ukraine.

"All of this is impacting each of us at home, at work and in our pockets."

The pandemic spurred Rolls-Royce into announcing thousands of jobs cuts as the global aviation industry ground to a near-halt.

It was also forced to raise hundreds of millions of pounds from the sale of new shares, as well as refinancing its debts.

A number of supermarkets, including Asda and Morrisons, have also handed pay increases to workers in recent weeks.