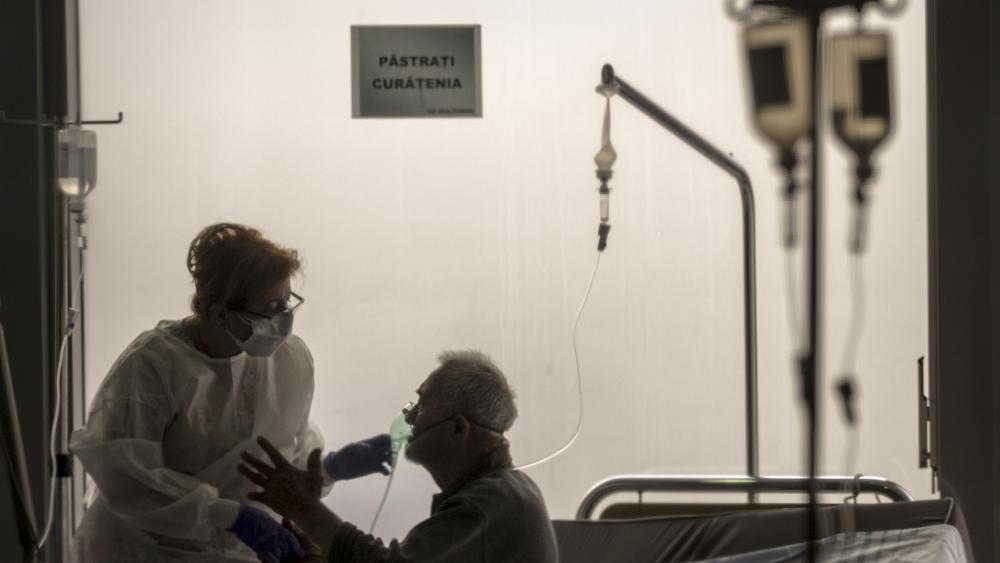 The vaccination rate has slowed down in Romania. In other European countries, governments push for stricter measures against the unvaccinated amid soaring coronavirus infections.

Four Romanian patients with severe forms of COVID-19 were flown to Italy for treatment on Wednesday, as Romania receives help to tackle the virus through the EU Civil Protection Mechanism.

Along with Italy, four other countries like Germany, Hungary, Austria, and Poland offered their help to transfer patients in critical conditions – aware that Romania's health system is on the brink of collapse with hundreds waiting on chairs for a bed to open up in ICU.​

Romania registered 6,291 new cases over 60,000 tests proceeded, and 405 people lost their lives on Wednesday. There are 1,800 patients still in serious condition in intensive care units.

Meanwhile, the vaccination rate continues its descending trend. In other European countries, governments push for stricter measures against the unvaccinated amid soaring daily numbers of coronavirus infections.

Here's a look at the top COVID-19 stories in Europe.

Croatia logged its highest number of daily coronavirus cases since the pandemic began, with 7,315 new infections cases and 50 related deaths, the national COVID-19 response team said in a statement on Wednesday.

A total of 474,027 people have recovered from the virus since the outbreak, while 9,721 people passed away.

But despite soaring infections, Croatia is finding itself a popular destination among Russian citizens as many head to Zagreb in search of a precious Western jab, approved for travel around Europe and the US.

Russia's own home-produced Sputnik V vaccine has not yet been approved by the World Health Organization or the European Medicines Agency.

"Not only Russians but all the foreigners who here come for the vaccine, there is a special line. But it's true they are mostly Russians on a single-day transit to Croatia. They get vaccinated here and after 14 days they receive their EU COVID-19 certificates," said Valentino Rajkovic, a civil protection coordinator at the Zagreb vaccination centre.

November 11 is the deadline set for care home workers to be fully vaccinated in a "Jab or Job" case under the British government's new rules announced on Tuesday.

Health and social care workers in England, including volunteers who have face-to-face contact with service users, will need to provide evidence they have been fully vaccinated against COVID-19 in order to be deployed, in a bid to ensure patients and staff are protected against infection.

Britain's Health and Social Care Secretary, Sajid Javid, announced that vaccination will be made compulsory for the NHS's 1,45 million staff from April 1 next year.

The latest NHS figures show that 90% of trust workers have already received their two doses, but another 103,000 still refuse to take the jab.

Thousands of health workers have announced they would quit their jobs by April 2022, which could lead to hospitals being overwhelmed.

The UK has reported 142,000 deaths due to the coronavirus, the second-highest total in Europe after Russia.

Some European countries including Italy and France have already made vaccination mandatory for health workers.