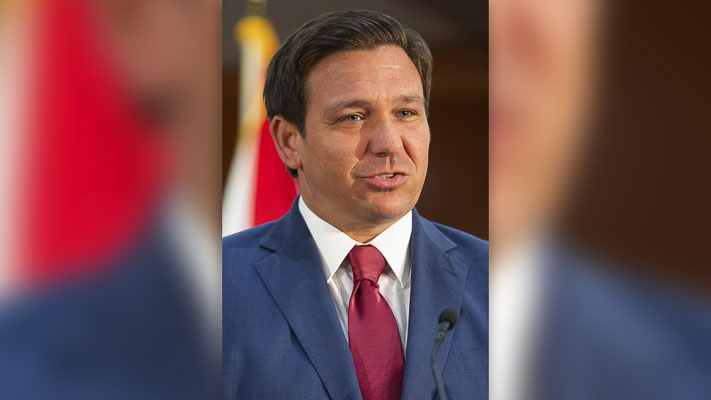 At a Republican Party of Florida event Saturday, DeSantis noted his government commissioned a study finding an 86% increase in cardiac-related events in people ages 18 to 39 linked to the mRNA shots, reported Debra Heine of American Greatness.

“So we’re going to be doing some stuff to bring accountability there,” DeSantis told party executive committee members gathered at the governor’s mansion.

He told them to expect official announcements in the coming weeks regarding holding the vaccine companies accountable.

“We wouldn’t let them mandate on you in Florida,” DeSantis said Saturday.

Other states, however, did not protect workers, and many who were forced to take the experimental shots issued under emergency use authorization suffered serious injuries or even death, the governor pointed out.

“And then what? They’re not allowed to sue or get any sort of recourse when this was something they wanted to do? So this is something that we’re going to lead on in Florida,” DeSantis said.

“We’ve always gotten ahead of these things, and we’re going to continue to do that going forward.”

“Even if you’ve gotten vaccinated or boosted, even if you’ve had COVID before – get the updated vaccine to protect you and your family ahead of the holidays,” the message read.

The unintended, overwhelmingly negative response to the tweet, however – known as a “ratio” – reflected the fact that only an estimated 14% of adults have chosen to get the bivalent, omicron-variant-specific booster.

The Washington Post reported last month “a majority of Americans dying from the coronavirus received at least the primary series of the vaccine.”

The first response to the president’s tweet was: “Even if you got your vax yesterday, or at noon, or half an hour ago, take it again! Because it works.”

Last week, Biden’s secretary of Health and Human Services, Xavier Becerra, tweeted that if “it’s been over 2 months since your last dose, make a plan to get one now.”

The FDA, meanwhile, has taken up Biden’s tactic of scolding Americans who choose not to take the experimental vaccines.
#Coronavirus  #Vaccines  #COVID-19  #vaccine  #Pfizer  #Covid