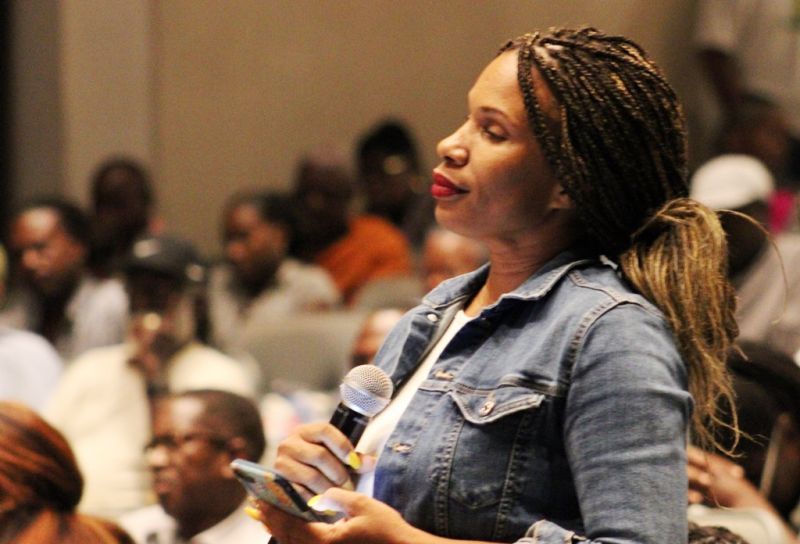 Government critic and talk show host, Rosemary Cindy Rosan-Jones has called on Government workers to stage a massive sick-out over her personal grievances with the Andrew A. Fahie (R1) administration and House of Assembly Speaker, Hon Julian Willock.

The call was made on November 8, 2021, via a number of posters circulating on Facebook and comes as the talk-show host has been engaging in making disrespectful comments against members of the Virgin Islands (VI) House of Assembly, including Deputy Premier and Education Minister, Dr the Hon Natalio D. Wheatley (R7).

Part of the mission of the series of anti-government marches organized by the talk-show host spanning November 18, 19, and 22nd 2021, is to propose that HoA Speaker Hon Willock pay some 120K in court feeds in his personal capacity, over a court matter that was taken to the courts in his professional capacity as Speaker of the House.

Upholding the laws of the VI

Rosan-Jones in a Facebook post of November 8, 2021, said, “It is unfortunate that we are at this point in our history, but it is necessary. Upholding rule of law is the most important element of keeping a nation from falling into anarchy. We cannot allow our leaders to use our highest office, to take us there,” she said.

Part of the mission of the series of anti-government marches organised by the talk-show host spanning November 18, 19, and 22, 2021, is to propose that HoA Speaker Hon Willock pay some $120,000 in court feeds in his personal capacity, over a court matter that was taken to the courts in his professional capacity as Speaker of the House.

The Speaker and his Deputy had filed the injunction against three Commission of Inquiry (CoI) lawyers, Bilal M. Rawat, Andrew King, and Rhea Harrikissoon, who were accused of breaking VI laws by practicing law in the territory while not being called to the Virgin Islands Bar- a violation of the Legal Profession Act 2015- while carrying out a good governance probe.

Trio still applied to be admitted to bar

It should be noted that three had applied to be admitted to the bar after the discovery of their alleged breach; however, the Speaker moved to block it on the basis that they had already allegedly broken the law.

The case, however, has failed because it was not backed by the Attorney General in what the Speaker said was ‘misleading’; however, the court is to still decide if the three had broken the law.

Justice Jack then ruled that Hon Willock pay the legal fees out of his own pocket.

Premier Andrew A. Fahie (R1) has since moved a motion that was passed for the matter to be sent to a Special Committee of the House to be decided upon, based on three possible outcomes, who should pay the fee.

However, Rosan-Jones as part of her protest had also called on Speaker Willock to resign over the lawsuit, but it remains unclear what wrongdoings Hon Willock has committed to warrant such extreme measure. 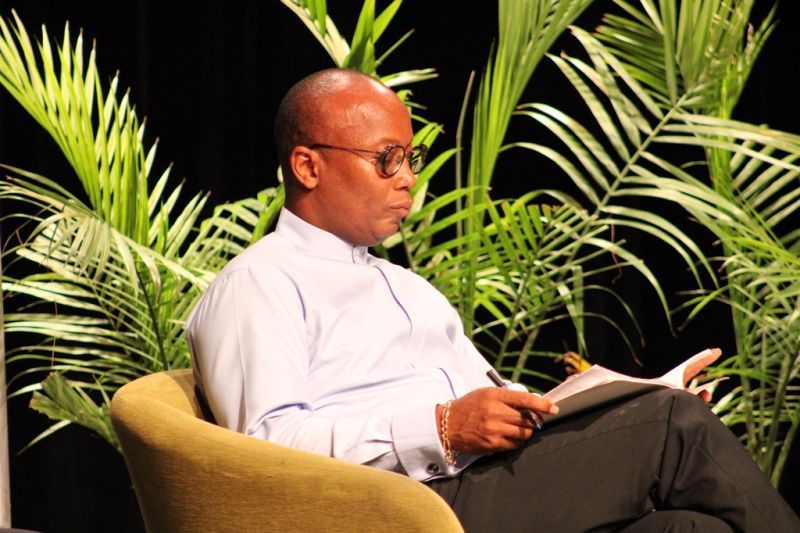 Talkshow host, Claude O. Skelton-Cline on November 3, 2021, said the Speaker had a right to take up the case in court to defend the territory and its laws and could not have taken the case to court in his personal capacity.

One social commentator speaking to VINO on condition of anonymity said Rosan-Jones is a hypocrite for calling the protest on the lawsuit done in good faith, which becomes even more logic-defying given millions of dollars had been wasted under the previous administration in silence by the same individual.

“Here she is calling a march on the Government and Speaker for defending the territory’s laws, while she sat silent all the years while $7.2M disappeared into thin air with the BVI Airways Deal, a $40M cost overrun was incurred on the TPP project, and several more millions more were extended or sewage works that we never completed under the NDP,” they said.

Talkshow host, Claude O. Skelton-Cline on November 3, 2021, said the Speaker had a right to take up the case in court to defend the territory and its laws and could not have taken the case to court in his personal capacity.

“If the legislature, if the House of Assembly, and the Speaker of the house… as the fiduciary, if they in their posts do not and cannot and or will not ensure that our laws, our institution, our constitution, the principles that undergird all of that, are hold strong, then tell me who else can, or who else will, or who should have?” he questioned. 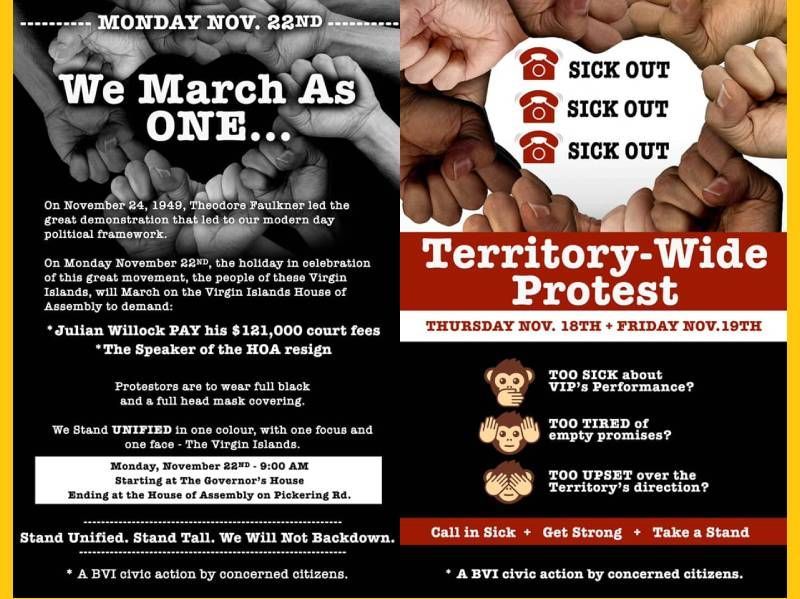 Persons have criticised Rosan-Jones for riding the waves of disgruntlement to forward her personal agenda.

Rosan-Jones who has made her hate for the elected representatives known publicly, was made redundant as an employee of the BVI Tourist Board and Film Commission in December 2020 and has since had a strong grievance with the government who she has blamed for losing her job, despite the Tourist Board being a statutory body.

She has since publicly vowed to get the Virgin Islands Party (VIP) Government out of power by all means necessary, including by force.

She recently said she was looking at how she could get the HoA dissolved.

Further, Rosan-Jones has long been a strong critic of Virgin Islands News Online and has in the past unsuccessfully called for businesses to boycott the news site.