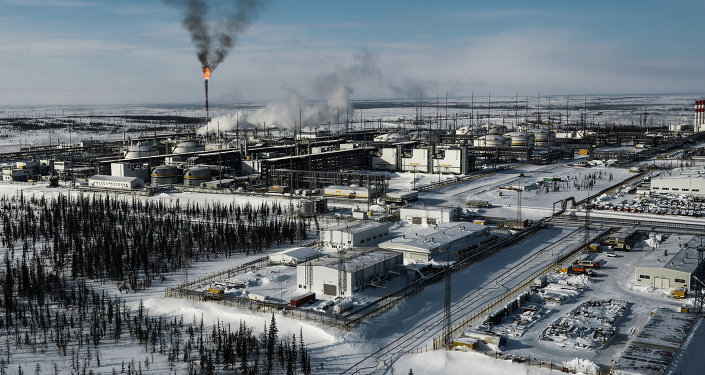 The timely invention could prove a major boon for energy producers and consumers alike, as oil and gasoline prices are expected to continue to climb as the planet gradually recovers the current economic slump, and energy demand continues its upward trend.

Researchers from the school of earth sciences and engineering at Russia’s Tomsk Polytechnic University have discovered how to produce high quality, high-octane gasoline using byproducts generated during the extraction of natural gas.

The new scientists’ technique, outlined in a recent article in the Journal of Natural Gas Science and Engineering, is expected to enable oil and gas producing enterprises to become fully self-sufficient in fuel needs, and relies on cheap, amply available components.

Researchers focus on stable gas condensates (SGCs) – a byproduct in the production of natural gas found in abundance at gas fields. Presently, due to a lack of options for their use, SGCs are typically mixed with oil to improve its viscosity and facilitate its transportation.

The researchers point out, however, that SGCs are actually a valuable hydrocarbon raw material in and of themselves, and argue that their processing into high-octane gasoline using zeolites acting as a catalyst would be a more efficient way to use them.

Zeolites are microporous minerals commonly used as commercial absorbents and catalysts, and are among the most abundant mineral components on Earth, to the point where scientists consider their effective potential supply as "unlimited."

Tomsk Polytechnic University scientists calculate that the processing of SGCs using zeolites increases the former’s octane grade by 18 points, that is, the equivalent of gasoline with an octane rating of 80 points. Scientists say additional processing allows for the creation of gas with 92, 95 and 98 (i.e. premium-rated fuel) ratings.

“We’ve established the directions for the conversion of the hydrocarbons making up SGCs, as well as the influence of processing parameters on the composition and characteristics of the end products,” Dr. Maria Kirgina, study lead author and professor at Tomsk Polytechnical University’s department of chemical engineering, tells Sputnik.

“This will allow for the selection of the optimal parameters for the most efficient use of condensates of various compositions,” the academic explains.

The Siberian scientists’ work has significant potential implications, not only as far as the availability of alternatively sourced fuels is concerned, but also the costs of hydrocarbon extraction in remote areas. If field operators are able to source gasoline used in vehicles and other applications on site, this reduces or even eliminates the need for fuel deliveries, thereby significantly reducing operating costs.

Just as important, because the refining process does not require hydrogen-rich gas or the specialised preparation of raw materials, processing can be done even in small amounts, outside large gasoline-producing oil refineries.

The creation of formulas and analysis of their detonation resistance was done via the "Compounding" software system, created by Tomsk Polytechnic University researchers. The next stage of research is expected to involve the creation of a mathematical model to accurately predict the composition and characteristics of the end products.