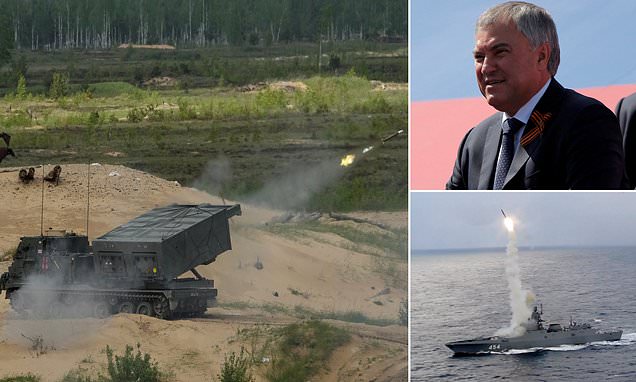 Russia has warned that Europe will 'disappear' in a nuclear apocalypse in the Kremlin's latest doomsday threat for supplying Ukraine with missiles.

Sikorski claimed Vladimir Putin had violated the Budapest Memorandum on Security Assurances of 1994, which justifies the Western delivery of nuclear weapons.

He told Ukrainian channel Espreso TV the supplies would 'give Ukraine the opportunity to defend its independence'.

Ukraine agreed to give up all its nuclear weapons left over from the fall of the Soviet Union, and joined the Treaty on the Nonproliferation of Nuclear Weapons. 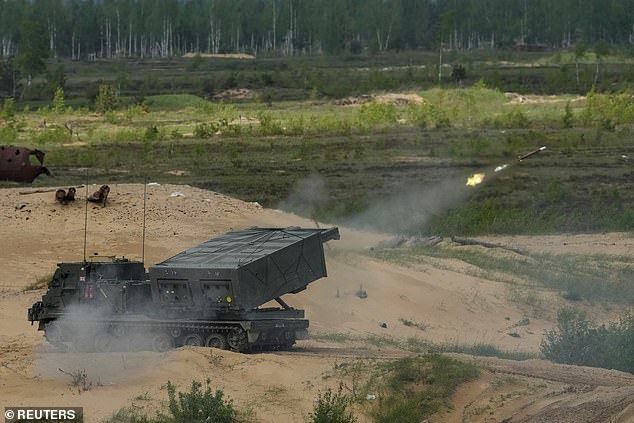 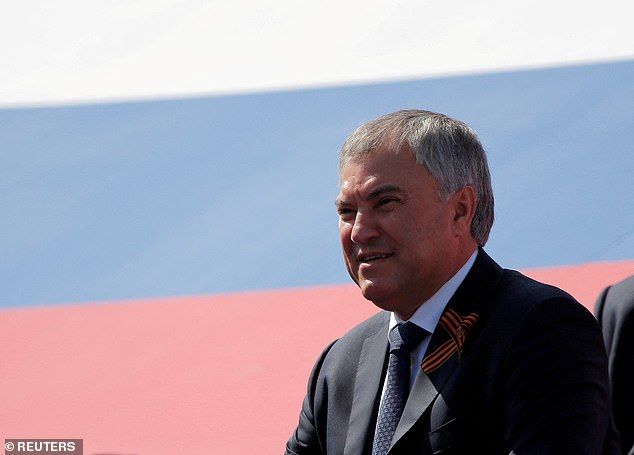 Viacheslav Volodin, the head of the State Duma, lashed out and threatened the West with destruction

Volodin slammed the remarks, writing on Telegram according to The Sun: 'With such deputies, the Europeans will have much more serious problems than those they have already faced today (refugees, record inflation, energy crisis).

'Sikorski is provoking a nuclear conflict in the centre of Europe.

'In case his suggestions are fulfilled, these countries will cease to exist, as will Europe as well.

'Sikorski and the like are the reason why Ukraine must not only be set free from the Nazi ideolody but also be demilitarise, securing the nuclear-weapon-free status of the country.' 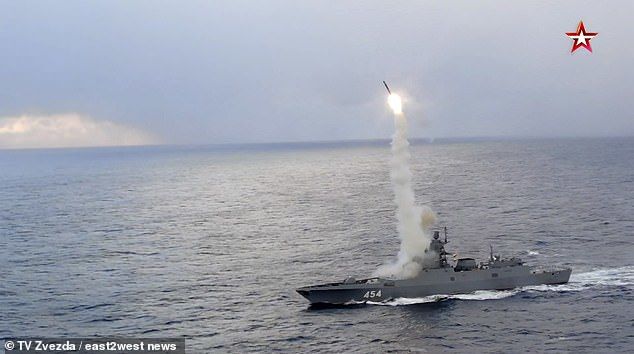 Ukraine has been appealing for more weaponry but the West has been reluctant amid Russian warnings and the attritional war in the Donbas.

Moscow issued the latest of several recent reports saying it had destroyed US and European arms and equipment.

Russia's defence ministry said high-precision air-based missiles had struck near the railway station in Udachne northwest of Donetsk, hitting equipment that had been delivered to Ukrainian forces.

Ukraine's interior ministry on Telegram said that Udachne had been hit by a Russian strike overnight Sunday into Monday, without mentioning whether weapons had been targeted. 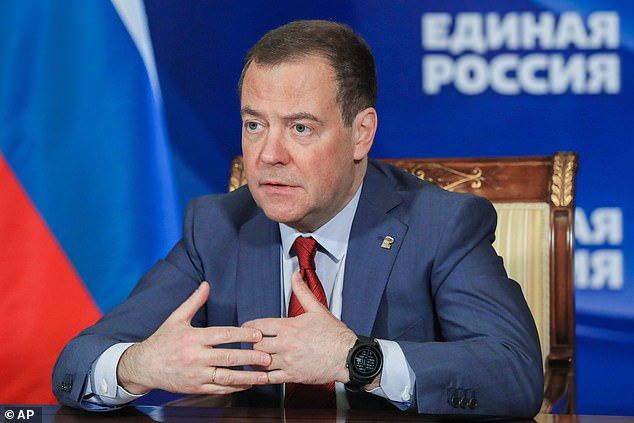 Moscow has criticised the United States and other nations for sending Ukraine weapons and has threatened to strike new targets if the West supplied long-range missiles.

The latest threat from Volodin comes after one of Vladimir Putin's key allies warned that the 'Horsemen of the Apocalypse are on their way'.

Dmitry Medvedev, the former president of Russia, warned Moscow would attack Western cities if Ukraine uses missiles provided by the US.

The Kremlin insider, 56, currently serves as deputy head of Russia's national security council and acted as president 2008 to 2012 while Putin was term-limited, although he remained under his influence.

He wrote last week: 'I am often asked why my Telegram posts are so harsh. The answer is I hate them. They are b*****ds and degenerates. 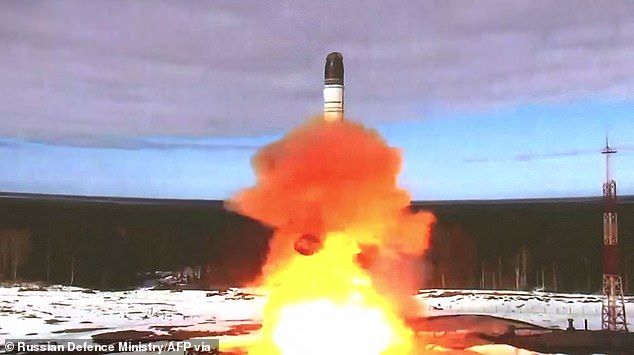 'They want death for Russia. And while I'm alive, I will do everything to make them disappear.'

The 'they' Medvedev is referring to is understood to mean Ukraine and its allies.

Days earlier he said Moscow would escalate their war on the West if US-supplied missiles are used against Russian forces, saying: 'The horsemen of the Apocalypse are already on their way.'

Medvedev, who was previously seen as a moderniser and a more liberal figurehead for Russia, has also accused Ukraine of being led by drugged-up Nazis.

He wrote on Telegram: 'NATO countries pumping weapons into Ukraine, training troops to use western equipment, sending in mercenaries and the exercises of alliance countries near our borders increase the likelihood of a direct and open conflict between NATO and Russia.

'Such a conflict always has the risk of turning into a full-fledged nuclear war.'