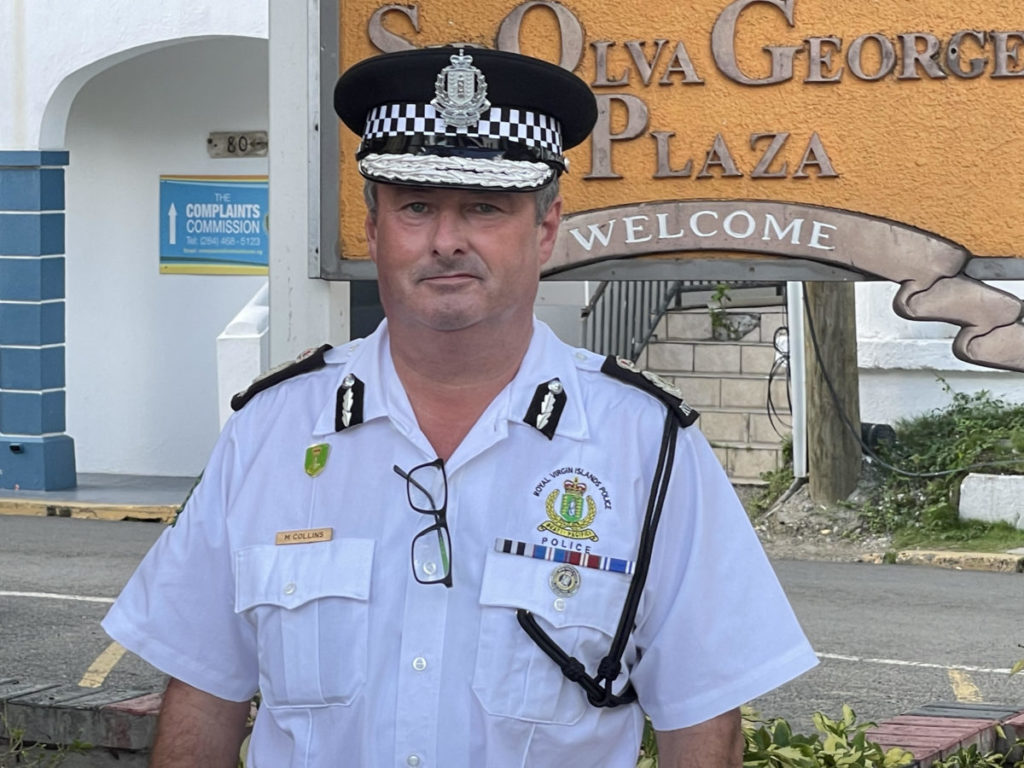 The Royal Virgin Islands Police Force (RVIPF) has dedicated a special team that will be committed to reviewing unsolved murder cases in the territory.
According to the Commissioner of Police, Mark Collins, the Historical Case Review Team will look at previous testaments, previous victim statements, forensic opportunities and also meet with families of the victims to discuss the case.

The Commissioner added that he has met with some families recently to discuss the outstanding cases and appraise them of the goals the police force is trying to achieve with these cold cases.

“With fresh eyes and greater technology at our disposal, we will this year see charges for other murders, I am sure,” the top cop said.

Commissioner Collins mentioned the specially curated team will focus on the five unsolved murders over the last two years for now.

“When I mentioned the two years, I mentioned the most recent spate that we’ve had, and we’ve had some successes. Five out of nine have been detected already, so we will concentrate on the other four that we have outstanding,” Commissioner Collins said.

“But the whole purpose of the Historical Case Review Team is to look back at those cases and go back probably up to 20 years across the islands and I think I’m talking about some 30 cases there. But we will look at those case by case and we will report to the media on when we get any breakthroughs. My biggest thing on this is to liaison with the family first and let the families know what we are doing and how we are doing it and appraise them of the situation. We want to look at those cases that are outstanding,” he further said.

Over the last two years, the RVIPF, according to the Commissioner, has successfully investigated and laid charges against several persons involved in five of the nine murders committed in the territory during the same period.

“Through our Major Crime Team, we have brought about successful investigations with charges laid in the murders of George Burrows, Mathew Daley, Catherine Pickering, Nickhail Chambers, and Rodney Simmons,” Commissioner Collins said.

“There have been 20 persons being arrested and charged with either murder, attempted murder, robbery, possession of a firearm with the intent of endangering life, and breach of trust. Also, in relation to those charges we have recovered firearms and ammunition,” the top cop added.