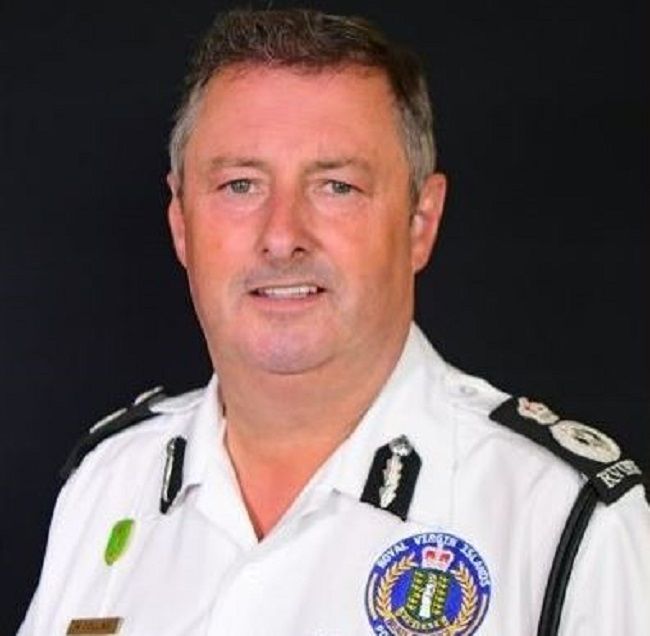 Calling 2021 ‘a bumper year’ for the Royal Virgin Islands Police Force (RVIPF), Police Commissioner, Mark Collins has revealed that the RVIPF seized a large number of guns and ammunition in the past year.

“A bumper year for the RVIPF. Over 30 firearms were seized along with 1,650 rounds of ammunition and 2 tonnes of cocaine. Also, 150 bikes and Scooters seized,” Mr Collins said in a tweet posted on January 1, 2022.

He called the performance of the force, one that was ‘absolutely brilliant’ and congratulated the officers for their performance during the year.

“Well done to all officers and staff for the tremendous efforts in keeping our communities safe,” the Top CoP added. 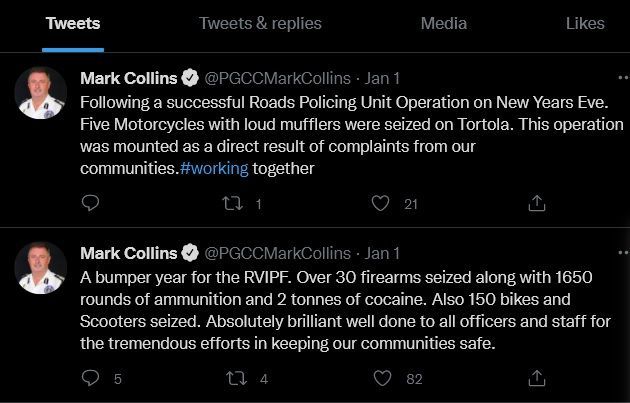 The tweets on the performance of the Royal Virgin Islands Police Force (RVIPF) published by Commissioner of Police Mark Collins.

Meanwhile, on December 31, 2021, the Commissioner said that following a successful Roads Policing Unit Operation, the force was also able to seize five loud motorbikes to wrap up the year.

“Five Motorcycles with loud mufflers were seized on Tortola. This operation was mounted as a direct result of complaints from our communities,” Mr Collins noted.

Over the years, legislations including Premier and Minister of Finance, Hon Andrew A. Fahie (R1) have raised in the House of Assembly (HoA), that residents have been calling for an end to the ‘noise nuisance’ by loud motorbikes.