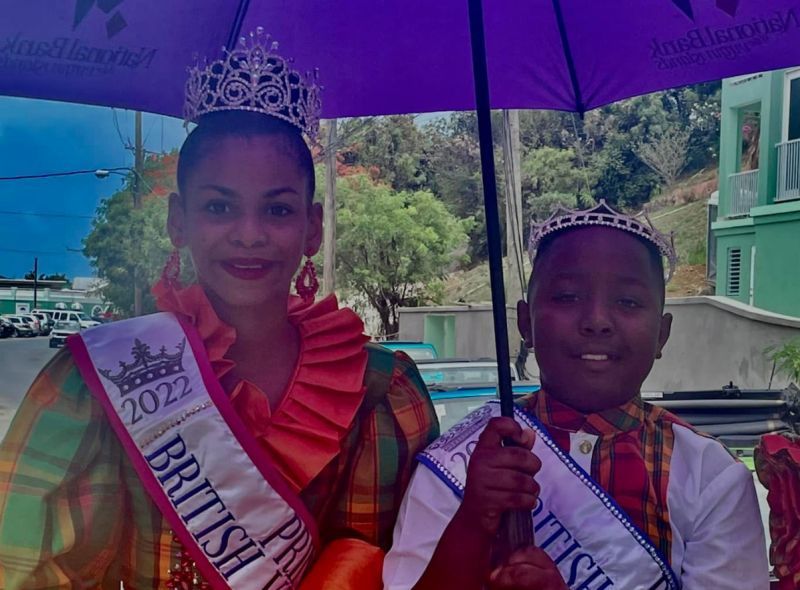 Ryson Adams and Lorrisa-Anya King were both crowned the 2022 Virgin Islands Prince and Princess Pageant winners after capturing the hearts of the judges and audience alike.

The first Runner Up in the Princess competition was Tiandra Scatliffe with Best Intro Speech and Contestant number four Tianna Stanley took the Best Introduction Dance and Popularity accolades.

Rhe’nyiah Davis took accolades for being Photogenic while the other Prince contestant was Dae’lani Baronville,

Meanwhile, at the same event, the new Mr and Miss Jr BVI was crowned.

The two are Kwame Prince and Angelique Lettsome, who were the first runners-up in the 2021 show.

Newly crowned Prince and Princess in the Bernard Eli 'Yampie' Nibbs Festival Village after a long day in the Parade.