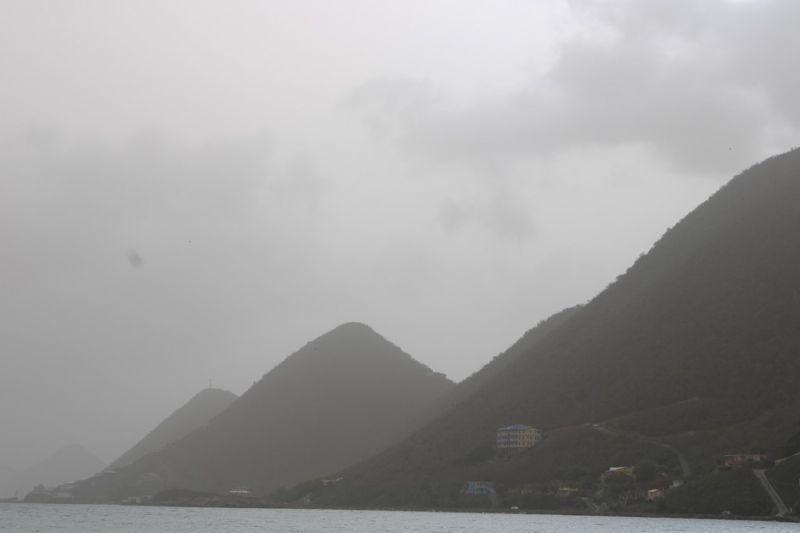 Acting Director of the Virgin Islands (VI) Department of Disaster Management (DDM), Mr Jasen Penn has revealed that the lingering Sahara dust across the region has weakened the development of storms in the 2022 Atlantic Hurricane season, however, he reminded that persons in the VI must still remain prepared.

Mr Penn was at the time appearing as a guest on the August 18, 2022, edition of JTV's The Big Story with host Cathy O. Richards.

However, Mr Penn said, the peak hurricane season is approaching which is usually early September and he indicated that systems will start to show the possibility of strengthening or even developing into storms or hurricanes and as such, he warned against complacency regarding preparedness.

Mr Penn was at the time appearing as a guest on the August 18, 2022, edition of JTV's The Big Story with host Cathy O. Richards.

The acting DDM director said as it relates to the territory’s own preparedness, shelters are available should the need arise. He also called on businesses to look into continuity systems and to prepare for how their business will operate and function, should a hurricane strike.

“Do they have any type of insurance? Do they understand or have the mechanism that will allow their business to operate quickly?’ he further posited as items businesses must answer.

Mr Penn said civilians, however, must also look into insurance in addition to contingency measures such as storm shutters, cutting of trees, and more. He said homeowners with tenants much also let renters know whether their belongings may or may not be covered under the insurance of the building.