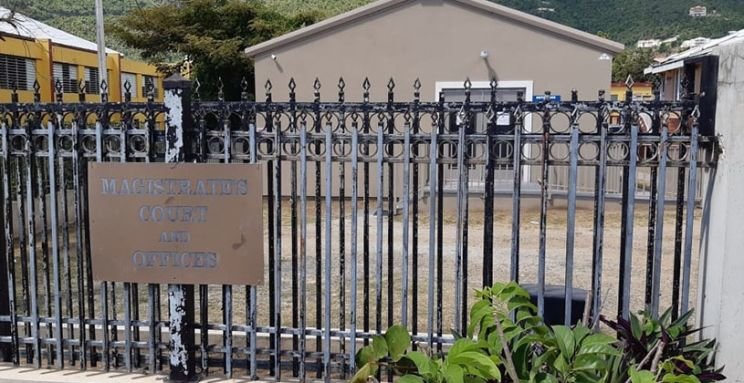 Virgin Gorda resident, Ricardo Leonard, popularly known as 'Sammy', was ordered to pay $16,000 in fines for a 2015 matter where he crashed into a yacht.
Magistrate Ayanna Baptiste- DaBreo on Monday, September 7, 2020, fined him $4,000 for conduct endangering a yacht, $8,000 leaving the scene of a collision without rendering assistance, and $4,000 for failing to keep a proper lookout.

Leonard, the owner of Global Ocean Transport Inc., must pay the fines by December 7, 2020.

Mitigating on his behalf before the sentencing, his attorney Stephen Daniels told the court that his client has no previous convictions and he had already paid $850,000 to the claimant in the civil part of the matter.

Daniels stated that it was an accident, and it has been the sole accident his client ever had and implored the court to consider a suspended sentence as any other punishment would be punitive.

He then said if the court was minded to impose a fine, it should be minimal.

Meanwhile, the Magistrate said, “All these offences took place as a result of the same incident and these matters given that they are fines there would not be any consecutive sentences or any concurrent sentences in relations to the payment of fines.”

Leonard was accused of crashing his barge into the Talofa Charter Yacht and fleeing the scene on April 23, 2015.

According to the BVI Beacon’s report on the incident, part-owner of the yacht, Elisabeth Bryan said the incident occurred while their boat was anchored in St. Thomas Bay on Virgin Gorda.

“Our settlement was approximately 30 percent less [than] the original amount asked for in our suit,” Ms. Bryan stated at the time to the media house.