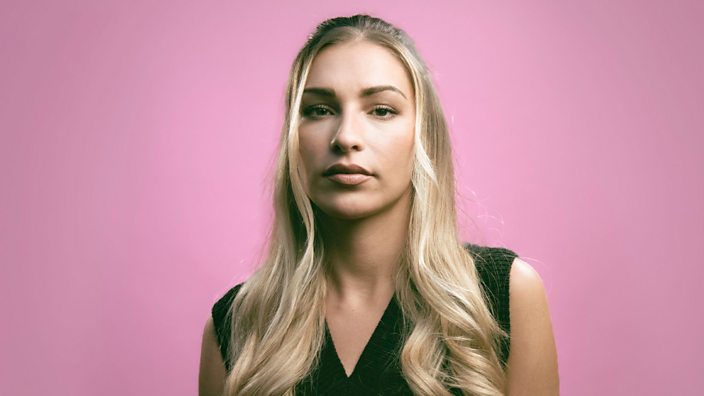 School rape culture: ‘Her death could have been prevented’

Since Everyone’s Invited, a campaign raising awareness about rape culture in schools, was set up in June 2020 over 54,000 anonymous testimonies have been submitted by current and former students across the UK. BBC Three has spoken to people who say more needs to be done by the authorities to prevent sexual assault in schools and support victims.

Zara McDermott was 21 when she was assaulted while walking home. It was daylight and she was only minutes from her parent’s house.

A teenager, who had been following her, forcefully pushed her against a fence as he tried to take off her clothes and put his hand down her trousers.

Zara says she was lucky, as passersby saw and ran over to help and she was able to escape.

"He was a school boy, probably 15 at the oldest," she recalls.

She reported the incident to the police, but they were never able to find or punish the perpetrator.

Her experience got her thinking about rape culture and how behaviour like this might escalate from a young age: "I wanted to catch him because I thought this is going to be a gateway offence to more serious assaults."

Since Zara shot to fame after appearing in Love Island in 2018 she has been working as a model, influencer and presenter. She says she put the incident to the back of her mind because things like this are so normalised for women and girls.

'I get sexual DMs from young boys'

When Soma Sara shared on Instagram her own experiences of rape culture growing up, she had no idea it would go global. But shortly after posting, she was flooded with messages. That one story became thousands, so she founded Everyone’s Invited – a way for others to anonymously share how rape culture in schools affected them.

Several private and state schools were criticised - and the movement had a big impact in schools across the UK. 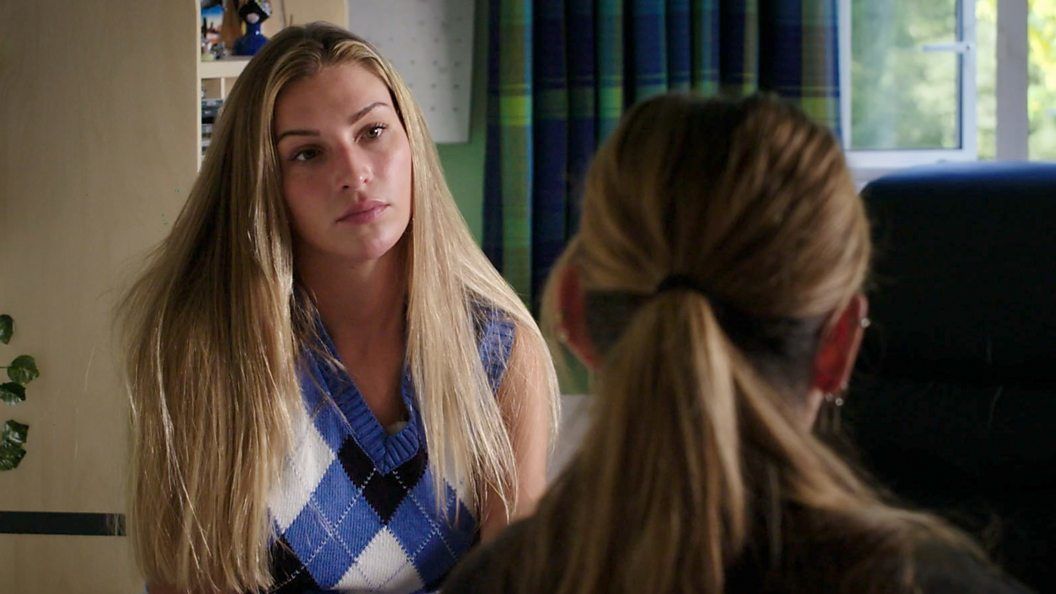 "I get 11 and 12-year-olds, Year 7s, messaging me sexual remarks and asking for sexual things. When I was that age, I didn’t know what they were," she says.

In her new documentary, Zara speaks to many young people who describe the devastation and lifelong effects of experiencing sexual violence at school.

One underage girl she spoke to anonymously shared her account of being raped. She says she’s still too scared to report what happened to her school.

Zara says: "A massive issue that we found was that so many young girls, who are victims of assault, don’t think they’ll be believed and feel that the repercussions of reporting are way greater than the assault itself.

"It’s really heartbreaking to think there could be more of an emotional long-term impact just from the reporting process, than the assault - because of how broken it is."

In response to Everyone’s Invited, the government set up a helpline and an immediate review into sexual abuse in schools. Ofsted were instructed to look into safeguarding, which means protecting children from maltreatment, in both state and independent schools.

Since the NSPCC launched the Report Abuse in Education helpline, in April 2021, they have been contacted almost 800 times with details about instances of unwanted sexual touching, intimate image abuse and sexual assault.

Sandra Robinson, NSPCC’s Helpline Service Head, told BBC Three survivors have revealed that they felt they couldn’t report it or they weren’t listened to when they did. They have also heard from parents and teachers who were concerned schools didn’t handle incidents appropriately and in some cases discouraged victims from taking action. 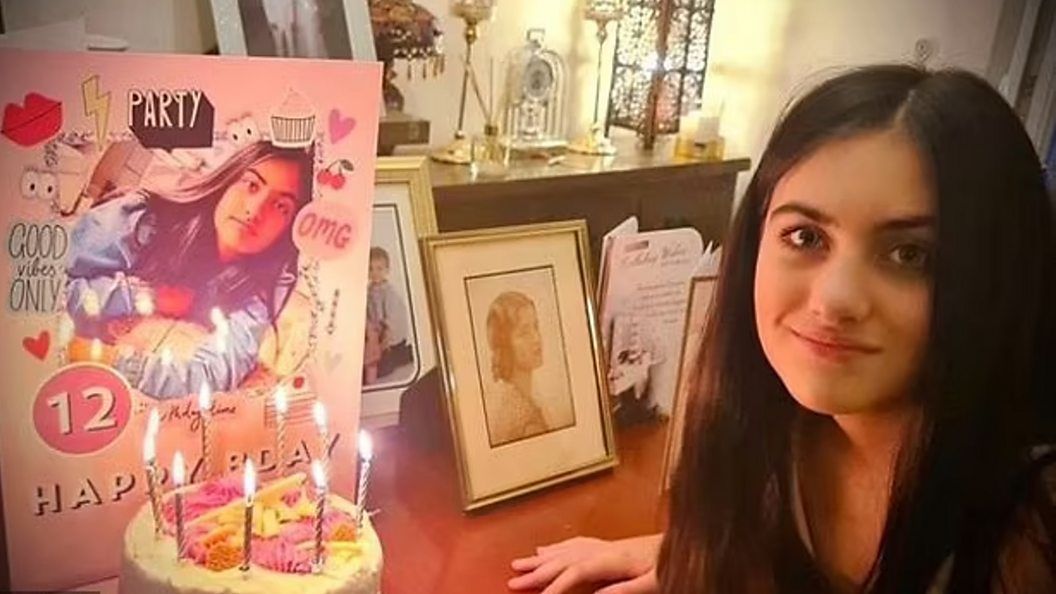 These were the last words Semina Halliwell said to her mother Rachel Halliwell, before she died.

"She was always a happy little girl. She loved singing, she loved dancing, she loved Disney films. She was very beautiful," says Rachel.

Semina was looking forward to starting secondary school in September 2020, after missing the end of Year 6 due to the Covid-19 lockdowns.

But after a few weeks, Rachel says her behaviour changed almost overnight. Semina became withdrawn, moody and attached to her phone. That’s when the self-harming started.

Semina began seeing someone at CAMHS (Children and Adolescent Mental Health Services) but didn’t tell anyone what was upsetting her.

In March, Rachel found out Semina had begun receiving messages from an older boy at her school. Semina told her that at first he was nice - complimenting and charming her. She told her mother this lasted a few weeks, but then the threats started.

Semina said some of the Snapchat messages would say "if you don't send me nudes, I'll block you". And when she refused the boy would beg to meet up with her.

"She told me that he pecked her head so much she gave in in the end and met him", Rachel says.

The night before Mother’s Day, Semina broke down.

"She told me he raped her. I just can’t describe what that moment was like,” Rachel says.

"I can’t put into words how my whole world fell apart for her. That poor little girl."

But Rachel says Semina then became the victim of online and physical abuse by others. "It was continuous. [Semina] was bullied, threatened and beaten up. She got called a slag and a liar."

The boy was interviewed by police but was released without charge.

'Her death could have been prevented'

Rachel says she informed the school but they failed to act.

Semina’s Covid bubble crossed over with the boy’s one day a week, so on that day Semina started refusing to go to school.

In June, Rachel says Semina tried to take her own life. Four days later she passed away in hospital.

Rachel says despite being really poorly, Semina was still worried about going back to school and seeing the boy again. She says the "most painful thing" is that Semina’s last words to her were about the alleged rape.

"That’s how much of an impact it had on her," she adds.

Semina passed away while in the coma.

"As a family, we will never be the same ever again," Rachel says.

"People need to be held accountable because her death could have been prevented."

'Things have to change' 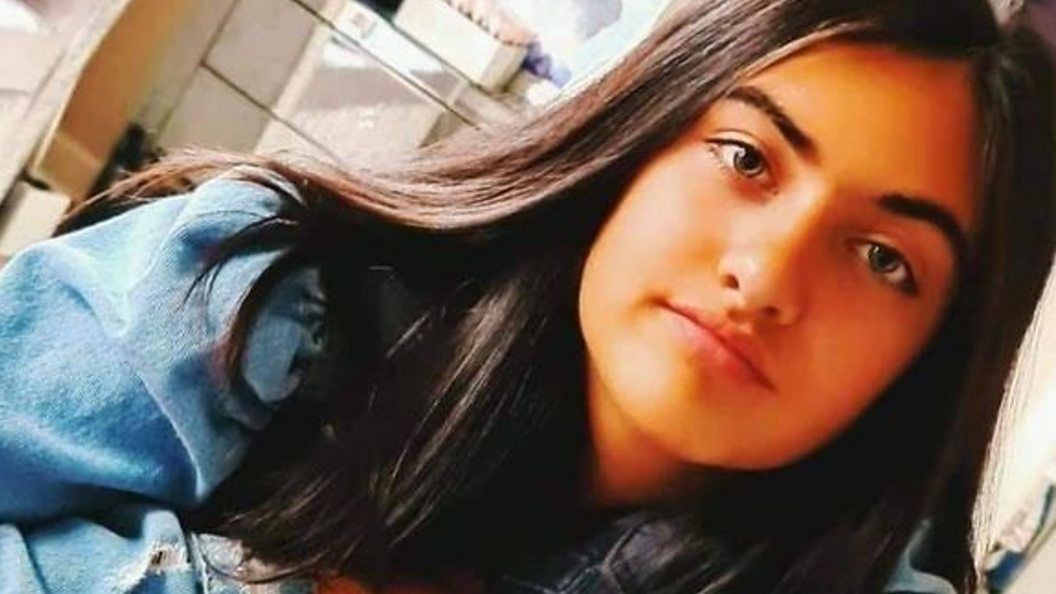 Rachel believes Semina was failed by the authorities and much more needs to be done to tackle rape culture still prevalent in schools.

"When a 12-year-old girl says that’s happened to her, it should be taken very seriously.

"Hearing this story of a 12-year-old girl who was failed, and then nothing’s done about it, it’s going to stop other girls coming forward, so things have to change.

"Something has to be done."

After Semina’s death, the police issued a statement which said they were continuing to investigate the report of rape and "a number of allegations" relating to Semina.

Rachel is setting up a charity, The Semina Foundation, to try and prevent this happening to other children. She’s also calling on the government to ensure proper safeguarding for rape victims in schools is enforced.

Semina’s school told BBC Three: "Our school community has been deeply saddened by the death of one of our students in June 2021. Stanley High School continues to support and assist agencies with the ongoing investigation into an alleged sexual assault which took place, outside of school."

They added that they will continue to work to ensure they provide students and families with the support they need and safeguarding remains their highlight priority. They urged all families to contact the school if they have any concerns about their child’s welfare.

Ofsted’s review into rape culture at schools was published in June. It found that some girls can be contacted by up to 11 boys a night asking for nude images.

Inspectors urged school and college leaders to "develop a culture" where all types of sexual harassment are recognised and addressed.

Everyone’s Invited told BBC Three: "Every level of society, be it parents, young people, schools, government, and the criminal justice system, needs to continue to engage in this dialogue and work together to find and enact meaningful solutions."