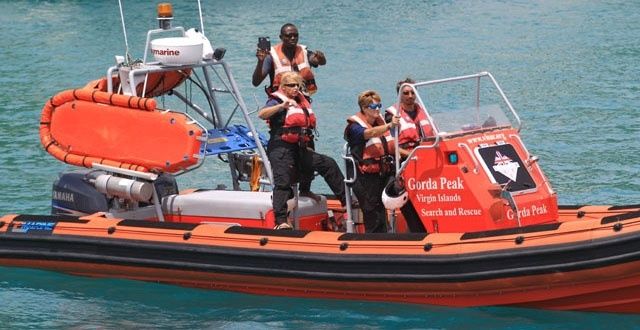 Search For Missing Tourist Called Off

Law enforcement officials have officially called off the search for the missing Canadian man who went missing since Monday, October 25, after he went for a swim off Cooper Island.
Director of Operations at the Virgin Islands Search & Rescue (VISAR) Phil Aspinall told BVI Platinum on Tuesday, November 2, that the search yielded no results.

“There was nothing found sadly, and the search was officially called off at the weekend as an official search with people going out dedicated to that. The police and the task force will continue to keep an eye out while they do their other regular patrols and stuff, but as far as going out specifically all day, every day to look for him that stopped at the weekend,” he told BVI Platinum News.

He further informed that the search was extended to the Sir Francis Drake Channel across Tortola, “where we predicted the drift would be and then similar distance on the other side out in the deep ocean.”

He continued: “It was a very, very extensive search, and then we did shoreline searches on all the beaches on the coastline on all of Cooper, Salt, Dead Chest, Peter Island and Norman Island. I don’t think he would have drifted that far, but we went that far.”

Asphinall said this is not the first time their search yielded no results in that area.

“We had one there about three years ago at pretty much the same spot we didn’t find either. It is a very current-driven area where the seas are coming in around the island, and the current is very strong there. In a more relaxed Bay, typically we would always find them it’s just nature is against there sadly,” he said.

When asked if he would advise potential swimmers of the danger, he said: “no, no, no it's not dangerous. People swim there all day every day.”

“It is a very safe swimming place typically it’s just because of the mix of currents on the surface and below because of the fact that the nature of the island the big sea comes into the little channel if you like,” he added.

He, however, said swimmers should look out for each other.

In the meantime, a press release from the Police stated, “Initial investigations indicate that the snorkeler, a Canadian visitor to the Territory, joined a charter with four other visitors, unknown to him at the time, which left Scrub Island for Cooper Island yesterday morning.”

The release further stated that all five charter guests entered the water off Cooper Island, and the missing male snorkeler did not return to the boat.

When the quartet did not see him resurface, they made a distress call to the authorities. The search commenced shortly after the 11.13 am call on Monday, October 25.
#the Virgin Islands