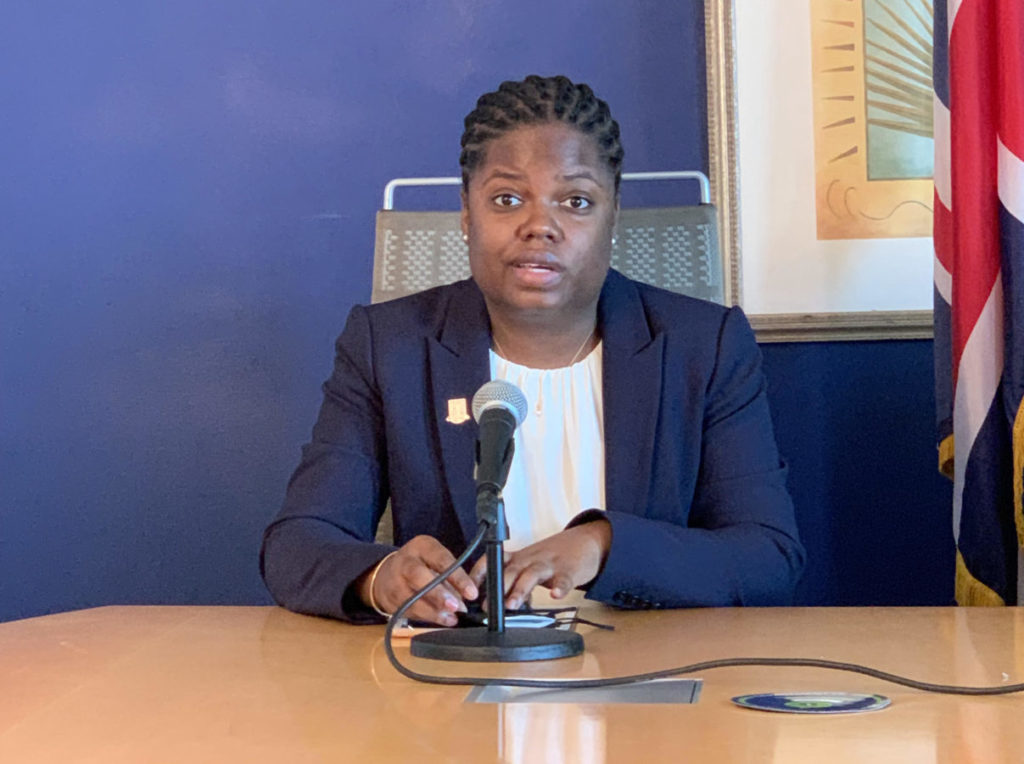 As the new academic year slowly approaches, the Education Ministry grapples with questions surrounding infrastructural concerns for several schools in the territory.

As a result, Minister for Education Sharie de Castro has announced the short-term housing fixes for the students affected.

In an announcement on Friday, de Castro said the Ministry of Education has partnered with Unite BVI and has agreed to absorb the total cost of infrastructural works needed to provide a safe and functional learning environment for the students at both Enis Adams and Francis Lettsome Primary schools.

In July, the Ministry of Education informed parents of plans to relocate staff and students at Althea Scatliffe Primary School as a structural assessment revealed the building was unsound and unsuitable for continued use. Consequently, preparations were made to house the students at Enis Adams Primary School and Francis Lettsome Primary School.

“The works needed at Enis Adams Primary School include the completion of the second-floor classrooms, which is slated to begin next week. However, because of the lead time necessary for materials needed to complete the works, this project is estimated to take a bit longer,” the Education Minister said.

As a result, de Castro said a decision was made to implement a hybrid system at the Enis Adams Primary School. She said this was done to ensure students at the institution are all afforded face-to-face instruction daily.

“Students from kindergarten to grade two, including students in the therapeutic kindergarten will attend school for full-day instruction from 8:30am – 3:15pm, Monday to Friday. Students in grades 3 to 6 will attend on a hybrid schedule with one-half of the population attending in the morning from 8:30am – 12 noon and the other half attending in the afternoon from 1 pm – 4:30pm. Consideration has been given to accommodate families who have students in multiple grades so that parents will not have to pick up at two separate times during the day,” de Castro said.

As for the Eslyn Henley Richez Learning Centre, the minister said securing a space suitable for the unique learning needs of the students has been a priority.

“We are pleased to announce that this group will be housed at the Valarie O. Thomas Community Centre in Sea Cow’s Bay for the upcoming school year. Transportation will be made available for those who need it,” de Castro said.

“The Ministry of Education takes this time to thank the Social Development Department for allowing the use of this space and helping to ensure that teaching and learning continue for the Eslyn Henley Richez Learning Centre,” she added.

De Castro also acknowledged the unforeseeable setbacks which delayed the completion and opening of the new buildings at the Elmore Stoutt High School. She said the delay is in relation to the arrival of windows and doors along with other fixtures required for completion.

The Ministry has since decided to implement a hybrid system for students for the next few weeks. De Castro noted that the Recovery and Development Agency received some of the windows and doors and hope to receive the rest next week. She remains hopeful the school will be completed for October.

“Students and parents will be provided with a calendar to indicate the days on which they should attend face-to-face sessions. Students in Junior grade levels will attend in the morning session and senior students will attend the afternoon sessions. The bell schedule for each session will be shared during orientation,” the Education Minister continued.