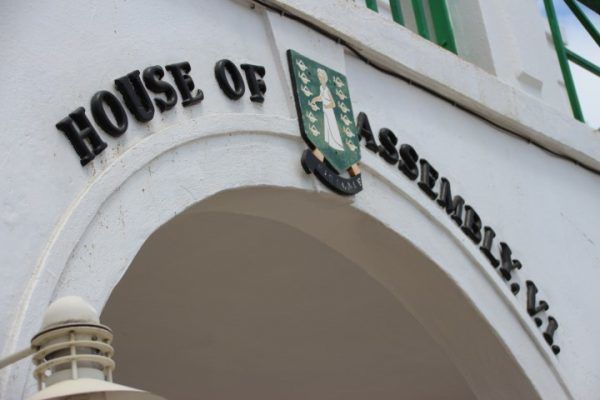 Should residents have power to remove leaders before an election?

Co-host of the Talking Points radio show Elvin Grant has posited that the BVI could benefit from a law that would allow residents to remove elected leaders from office before the end of their term in office.
In situations where elected leaders are performing poorly, recall legislation would provide the public with mechanisms to boot them from office instead of waiting for a general election.

Grant said such a law would have come in handy this year, when the public saw a number of public officials who displayed behaviours they disapproved of.

During the Talking Points radio show aired on November 15. Grant asked former House of Assembly Speaker Julian Willock whether he would support such a law in the BVI.

In response, Willock said recall legislation isn’t necessary in the BVI as it is expensive and could cause instability in the territory, especially in cases where people would seek to remove more than one elected leader at the same time.

“We’re too small to talk about recall. Elections are every four years and I think the people of this country are wise to determine if an elected leader should stay or go after four years,” Willock explained. “What if you have a situation where you have to remove all 13 [representatives]? One has to think about our political stability. We’re a small-island state and we have our financial services industry.”

In rebutting Willock’s argument, host Damion Grange said he believes the BVI public have seen where “unreserved power goes to the heads of those who are elected sometimes.” He said he believes leaders would be more disciplined if they knew there were mechanisms to snatch power away before the end of their terms.

However, Willock insisted that a small island state like BVI isn’t ready for recall legislation and he drew on examples from larger jurisdictions in the Caribbean that function without such a law.

“Even in the Caribbean, where else do we have recall legislation? We don’t have it in St Kitts, Trinidad, Jamaica — and these are big jurisdictions. I know it’s in certain states like California. But it’s up to the [BVI] public and if that’s what they want overwhelmingly, I think it will make its way to the constitution,” Willock said.

The question of whether to introduce recall legislation in the BVI comes at a time when the public is being invited to share their views for consideration in the ongoing constitutional review process.

The topic of accountability among elected leaders has been hotly debated this year amid much turbulence in local politics and the Commission of Inquiry which found that the principles of good governance were being ignored in the territory for years. The government is now overhauling several of its systems and policies and restoring good governance in the territory.
#Commission of Inquiry