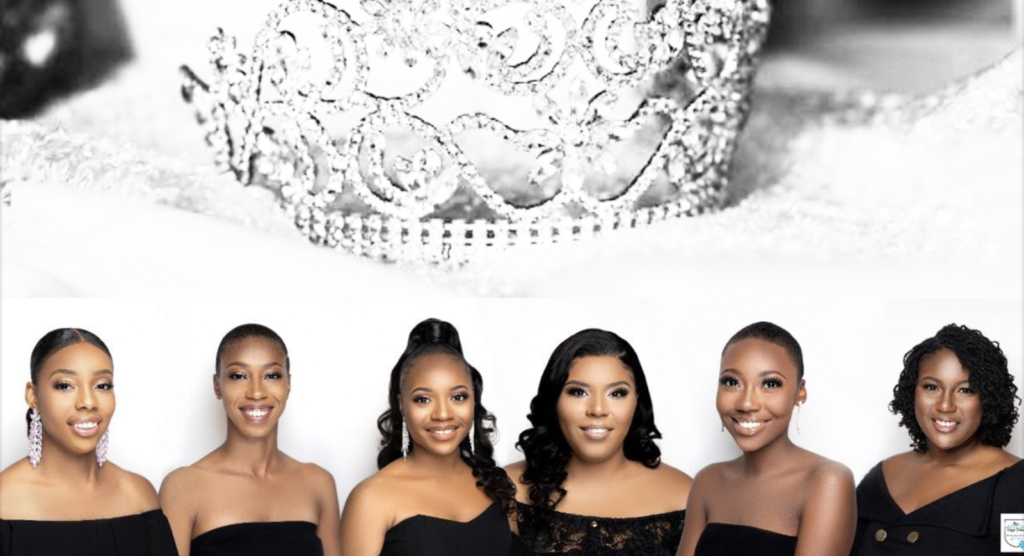 Six to vie for Miss BVI crown on October 17

After a two-year delay and a recent setback, October 17 has been decided as the new date for this year’s Miss BVI pageant show where six women will vie for the title.
The selection of beauties eyeing the crown are Reba Smith, Chenae Walters, Jareena Penn, Sylvanna Charles, Keyona Cameron and, Kathlyn Archibald-Drew — contestants one to six, respectively.

According to a media release from organisers of the event, the pageant was previously scheduled for August 1 but had to be postponed due to an increase in COVID-19 cases in the territory.

Now that cases have seen a significant decline, Chairperson of the Miss British Virgin Islands Pageant Committee, Natalie Hodge said this year’s pageant will have an in-person and virtual audience.

“This year’s pageant will offer an online component streaming live on a pay-per-view platform whereby pageant supporters will have to subscribe to view the content. Despite some changes we made due to the pandemic, we are keeping most of the traditional and cultural elements of the Miss BVI experience. For example, we have continued the tradition of hosting the pageant on a Sunday, and format and segments of the show will be the same. The crowning of the new Queen in October will give her the opportunity to preside over the Virgin Islands’ Cultural and Tourism month activities scheduled for November,” Hodge stated.

“Behind the scenes, the contestants are working hard to prepare for show night and we encourage the public to continue to support them. So far, they have undergone communication training, runway coaching, etiquette training, team building activities, basic make-up tutorial and participated in promotional videos offering support and encouragement to the community in various areas,” she added.

Meanwhile, Virgin Islands Festival and Fairs Committee (VIFFC), Chairman, Khalid Frett said he was happy to see both the Miss BVI and Prince & Princess pageants being held despite the challenges presented by COVID-19.

He said: “On behalf of the VIFFC board, I would like to thank the pageant committees for their hard work, dedication and perseverance during these difficult times. They have shown true Virgin Islands resiliency. Both committees have engaged their contestants to offer support to the families who’ve lost loved ones. They have promoted the health protocols and encouraged residents to either get vaccinated or build their immune systems as we continue to fight against COVID-19.”

He added: “While our reigning Queen and Prince & Princess have been a joy to work with, we must pass on the crowns to new ambassadors. Being ambassadors for the BVI will mean being in a state of readiness, facing and overcoming obstacles and remaining strong through it all.” He also extended best wishes to all contestants.”
#COVID-19  #Covid  #the Virgin Islands