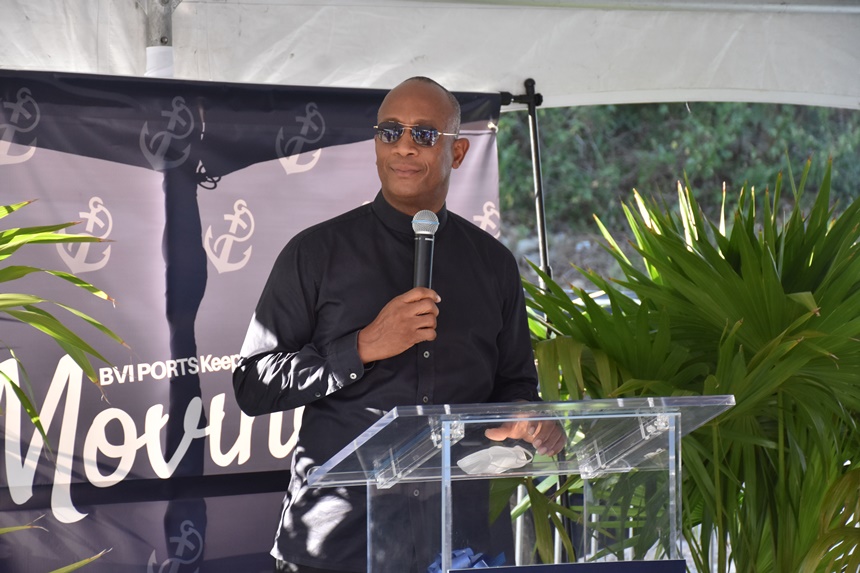 Former government contractor, Pastor Claude Skelton Cline, has taken aim at the National Unity Government regarding public meetings it organised about a recent agreement made between the United Kingdom (UK) and the BVI.

The government embarked on the series of public meetings to discuss the ‘Framework for Implementation of the Recommendations of the Commission of Inquiry’.

But while appearing on his Honestly Speaking radio show, Skelton Skelton Cline said he did not get to attend the first of several public meetings held on Monday, but noted that several complaints were brought to him about it.

According to Skelton Cline, his concern centred around the fact that “the public meetings are not public”.

He explained that this is his view particularly because the meetings are not being broadcast on any of the social media platforms or on the radio, and news entities are not being allowed to cover these meetings.

“I find that quite unusual and strange that the government will be having public meetings but are disallowing the fourth estate, [the] media in particular, in which to participate meaningful[ly],” Skelton Cline said.

He continued: “I would think that they would want to disseminate as much information as possible, clearly from their lips and thoughts to the ears of the general population even as they traverse throughout the country with this information.”

The clergyman further argued that it was in the best interest of democracy if the social mediums and platforms are used so as to reach as many persons as possible. He encouraged the government to facilitate this, even as the meetings move throughout the various districts.

According to Skelton Cline, the key in such matters is ‘over communication’.

“It’s having to say sometimes the same thing six times because for most people — and studies show this — things don’t register for us until that sixth time in retaining information.

“I want to strongly encourage in the name of the underpinnings of building our democracy, that as many outlets as possible for this information to be disseminated, be taken full advantage of,” he stated.

Today’s meeting is expected to be held at the Enid Scatliffe Primary School from 5:30 pm and a full schedule for all meetings can be found on the government’s website.