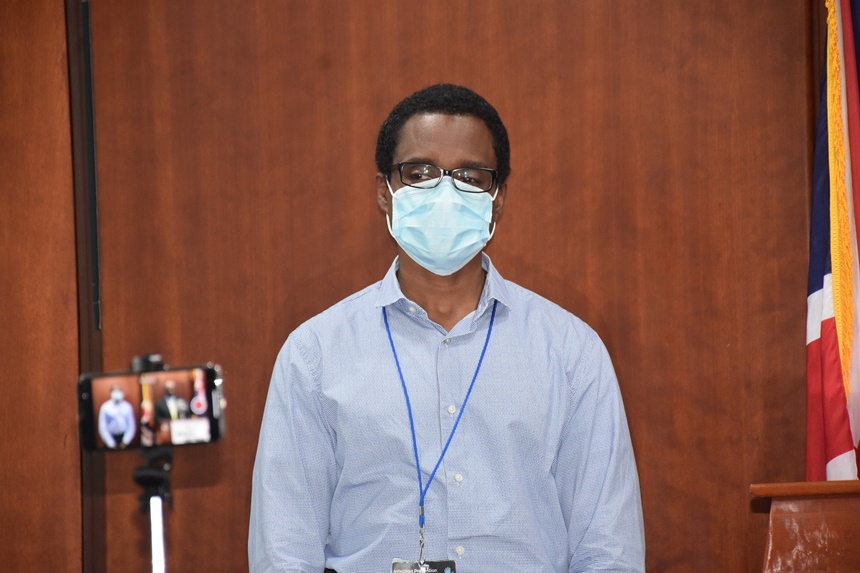 Acting Chief Medical Officer (CMO) Dr Ronald Georges has acknowledged facing challenges with the rate of distribution of COVID-19 isolation release letters to the public.
COVID-19 isolation release letters are required for persons to return to work who have either contracted the virus and have been required to quarantine for 14 days or for persons in isolation in their household who have come in close contact with infected persons.

During a virtual stakeholders forum held by the Health Ministry yesterday, the CMO attempted to allay concerns about the issue.

“Yes, there is an issue with the pace at which we are getting these letters out. There are some challenges [but] the staff is working very hard on getting that sorted out and while that is being done, we are also looking at some more innovative ways of automating that process,” Dr Georges said.

He also acknowledged that the issue remained a work in progress and noted that it was difficult for persons to make contact with the phone numbers listed for the unit at the BVI Health Services Authority (BVIHSA) to discuss their options.

During the forum, several participants continued to raise concerns about the slow pace of release letters and questioned what steps can be taken in the absence of those release letters to facilitate their return to work.

One person asked if the release letters can be discontinued altogether, but Dr Georges suggested that an alternative would have to be created if the letters method is discontinued.

He said while the system was cumbersome and efforts were being made to automate it, it was not designed to accommodate 1,200 persons but rather 40-50 persons at a time.

“Twelve hundred people break the system. So yes we are aware, and we are making efforts to get this resolved as quickly as possible,” Dr Georges said.

While no immediate solution was offered, Dr Georges said his team will continue to examine approaches at automation to bring a speedy resolution to the matter.
#COVID-19  #Covid