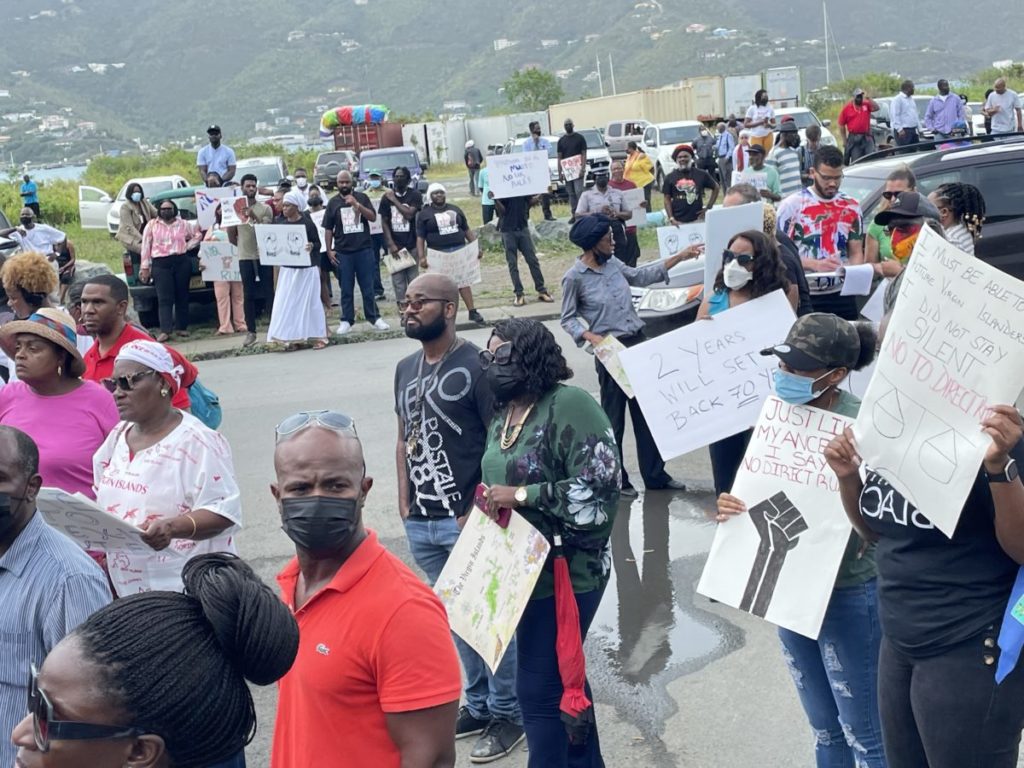 Protests held in the BVI recently may not necessarily have given a proper perspective of how the territory feels about the Commission of Inquiry (COI) report and its nearly 50 recommendations.
The two protests which immediately followed the report’s release were held outside Governor John Rankin’s official residence and were held largely in opposition to a proposal in the report for the partial suspension of the BVI’s constitution and the UK — through the governor — imposing direct rule over the BVI for at least two years.

According to Governor Rankin, those small protests – which included the participation of several elected officials and some prominent members of society – were not illustrative of the views of the wider public.

“With respect, there have been two relatively small protests. I’m not sure they’re necessarily representative of views across the territory. I’ve heard different opinions expressed on this matter,” the Governor stated recently.

Meanwhile, Governor Rankin insisted that both himself and UK Overseas Territories Minister Amanda Milling have both been listening to the cries of the people as they consider proposals made by the BVI government on the report’s recommendations.

“Of course, we have to listen to people, and that’s what I’ve been doing since the report was published and that’s with what Minister Milling, Minister for the Overseas Territories did when she came here meeting groups across the community,” Governor Rankin said.

Governor Rankin noted that people are entitled to hold their views and to protest but said no one that he has spoken to thus far has suggested that the changes from the report are not required.

“I don’t believe that those who are protesting against the possibility of partial suspension would argue that there have not been failings in the territory which need to be addressed very seriously indeed,” he added.

“Everybody I’ve spoken to recognises that things need to change quite fundamentally and almost everyone I’ve spoken to said they want the UK to help,” the governor stated.

Alluding to discussions he has had with Premier Dr Natalio Wheatley and Minister Milling, Governor Rankin said the only question that remains is not what needs to be done but how it gets done.
#Commission of Inquiry  #John Rankin  #CoI