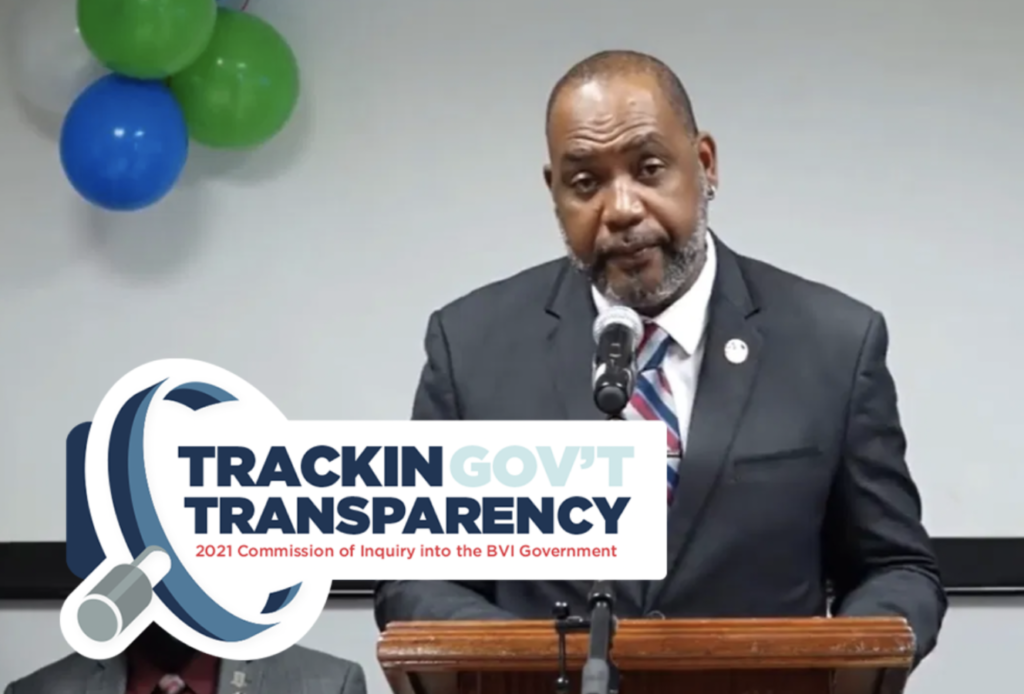 Territorial At-Large District Representative Neville Smith told the ongoing Commission of Inquiry (COI) the voluntary disclosure he made regarding a 2019 contract between his business and a government statutory body was done to avoid being labelled as corrupt.

According to Section 67 of the Virgin Islands Constitution, an elected member of the House of Assembly (HOA) shall vacate his or her seat if the member becomes a party to a contract with the government or if any firm in which the member is a partner, director or manager enters into a contract with the BVI government. It further states, “if in the circumstances, it appears ‘just’ to do so, the HOA may exempt an elected member from vacating his or her seat.”

Smith told the COI that, at the time of making the disclosure, he consulted with the former Attorney General who advised him it was not necessary to do so with a statutory body such as the Virgin Islands Festival & Fairs Committee with which he held the contract.

“I did it (seek the exemption from the HOA anyway) because of the atmosphere in the BVI,” Smith told the COI. “Once [you’re] a political member, everybody looks at you as corrupt, somewhat. So, I decided – to avoid any sort of confusion, any talk – let me just be transparent with it and get it out. That’s why I did that.”

At the time, Premier Andrew Fahie had also said he was the person that told Smith to seek the exemption before the House.

Involved with Festival & Fairs since inception

Smith told the COI he is the sole owner of Frontline Systems, a company that provided sound and staging services through the Festival & Fairs Committee for the Buju Banton show held in 2019 and for the Emancipation festivities that same year.

Smith, a first-term legislator and backbencher in the governing Virgin Islands Party, told the COI his company had been engaged with the Festival & Fairs Committee since its inception.

According to Smith, he had made both successful and unsuccessful bids for government contracts in the past for his business.

When asked to produce the contract he had with the statutory body, Smith explained that he would have to enquire with Festival & Fairs as his living conditions post-hurricane Irma meant that he was living out of a kitchen for an extended period and his personal documents, therefore, may have been in disarray.