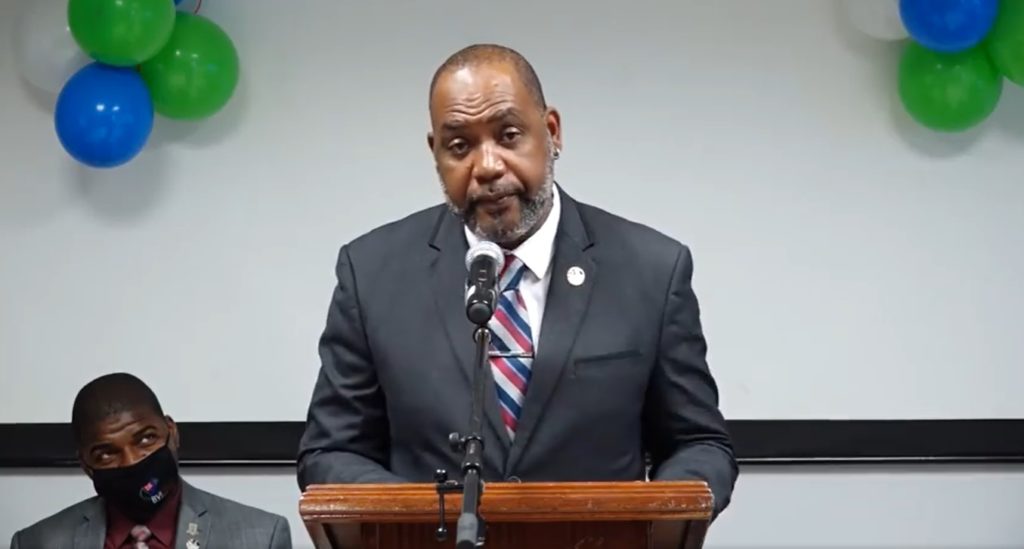 In an emergency virtual meeting called for today in the House of Assembly (HOA), Deputy Speaker Neville ‘Sheep’ Smith will be retroactively exempted from vacating his seat after entering into at least two contracts with the government more than eight months ago.

According to section 67 of the Virgin Islands Constitution, HOA members are expected to vacate their seat in the HOA if they or their firm are party to a contract with the government.

However, a clause in the same law allows for an exemption if the member discloses the nature of the contract and their interest “before becoming a party to a contract, or before or as soon as practicable after becoming interested” in the contract with the government.

Smith, who is also a Territorial At-Large Representative, serves as a Director of Caribbean Security Limited and his company was contracted for ICT related services for the government.

In the first instance, Caribbean Security was contracted on November 26, 2020 for the installation of access control, video surveillance and burglar alarm in the Department of Information Technology/Telephone Services Management, Inland Revenue and Treasury Departments and for additional installation including building wild fire system at relocation offices located at Skelton Bay Lots, Fish Bay, Tortola.

Meanwhile, the second contract signed on April 8, 2021, was for the installation of ICT equipment for the Royal Virgin Islands Police Force.

Since both contracts are under the $100,000 mark, they do not being put out for tender. It was not stated whether the contracts were put out for bid anyway.

Meanwhile, the motions for exemption will be moved by Premier and Finance Minister Andrew Fahie during this sitting of the House that begins today. Notably, the HOA has met multiple times since last November.

Before these latest two contracts, Smith was given exemption from vacating his seat on a previous occasion when he provided sound and staging services to the government through another of his companies.

Just last month, the Deputy Speaker told the ongoing Commission of Inquiry (COI) that he requested the previous exemption in order to avoid being labelled as corrupt.

At that time, Premier Fahie had said he was the person that told Smith to seek the exemption before the House.