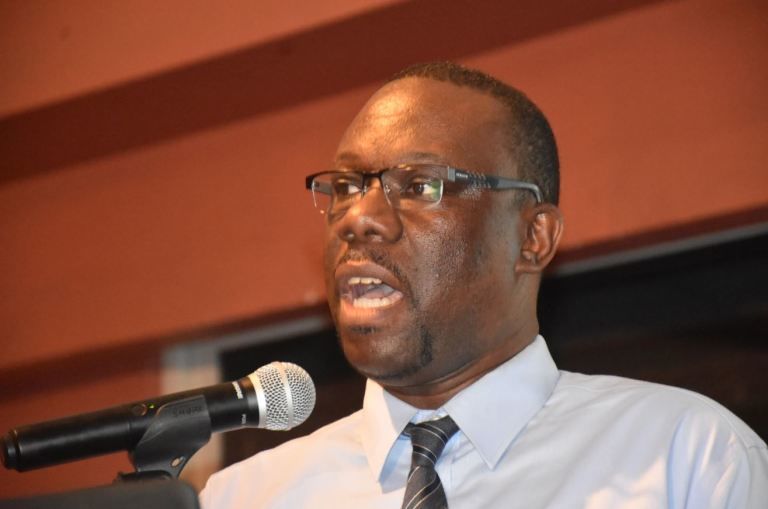 Local attorney Jamal Smith has indicated that Former Education Minister Myron Walwyn may have jeopardised his pending court case with the public statement he made after being arrested and charged with breach of trust by a public officer.
Last week, Walwyn issued a lengthy statement professing his innocence and intent to vigorously defend himself after being charged with Breach of Trust in relation to the controversial Elmore Stoutt High School (ESHS) perimeter wall project that reportedly suffered major cost overruns years ago.

The Director of Public Prosecutions (DPP) was not pleased and called the statement an “erroneous and unfounded” attempt to “adversely influence the potential array of jurors who will eventually decide his fate” in a likely trial before the High Court.

Speaking on the Talking Points radio show on November 7, Smith said he was shocked when he saw Walwyn’s statement, especially since the former Education Minister is a lawyer and knows the implications of making public comments about a matter that is before the courts.

“I was extremely shocked to have seen a qualified lawyer who should know better, putting out such a statement,” said Smith who is the former chairman of the Labour Arbitration Tribunal. “Any lawyer will tell you ‘do not say anything once you have been charged’. These are criminal investigations, you do not speak about them. You do not try criminal matters in public.”

He said Walwyn’s statement has incensed (angered) the public and may push the DPP to take certain measures to ensure that the case is not further affected by public opinion.

“The question the judge now has to answer is ‘can these people get a fair hearing in this territory?’ That’s the other issue you might run up against and I’m wondering whether the DPP is preparing herself for a bigger play. There are some bigger plays she can make because of what has happened in the public domain,” Smith said.

However, he did not state what “bigger plays” the DPP may take.

The community has had mixed reactions to Walwyn’s statement. Some say he should have known it was wrong to make a public statement while others have championed the former legislator’s right to free speech.

However, Smith said people should know that the right to freedom of speech has limitations.

“People seem to have the wrong impression of what freedom of speech does. It doesn’t give anybody the right to say anything they want in the public domain. There is no absolute right other than the right against torture.”