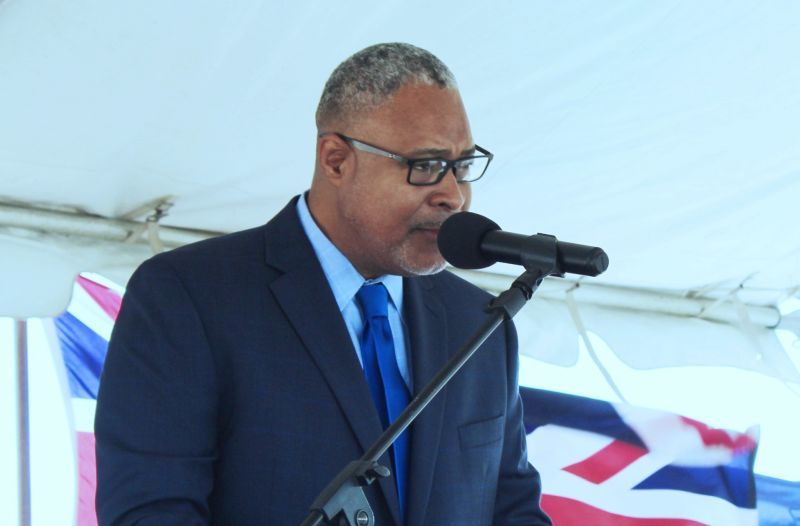 Solar microgrid to be developed on VG - Leroy A. E. Abraham

As the BVI Electricity Corporation (BVIEC) continues with its mandate to spearhead the Territory’s transition to Green Energy sources, it has been announced that a solar microgrid will be developed in Virgin Gorda in the very near future and that ground is expected to be broken for the development of a microgrid at Paraquita Bay late 2023.

This announcement was made by General Manager of BVI Electricity Corporation (BVIEC) Mr Leroy A. E. Abraham at the ground-breaking ceremony for the Anegada Hybrid Renewable Energy and Battery Energy Storage System (BESS) Project.

The microgrid on Anegada is expected to be commissioned by November 2022. According to Mr Abraham, other than the fact that the BVIEC subsidises operations to provide electricity to the residents on Anegada, the island is not only one of the most ecologically and environmentally pristine islands “but as God would have it, it also possesses the topography to support the construction of a large-scale solar ray.”

He noted; however, that a microgrid will be developed on Virgin Gorda and that ground will be broken for the microgrid at Paraquita Bay.

‘Other major islands not forgotten’


“Albeit Anegada will have the first large-scale micro-grid in the BVI, rest assured we haven’t forgotten the other major islands.”

Mr Abraham said through the assistance of a technical assistance grant from the Canadian Support to the Energy Sector in the Caribbean Fund, BVIEC is well advanced in its development of a resilient PV solar and battery energy storage project in Paraquita Bay on Tortola.

He then turned to Premier and Minister of Finance Dr the Honourable Natalio D. Wheatley (R7) and Minister for Communications and Works Hon Kye M. Rymer (R5) to let them know that the ball was in their court.

“All the industry partners require and are waiting for at this time is the execution of the land lease,” Mr Abraham said, adding “And I can assure you, by this time next year, we will be using shovels to break ground for the commencement of that project.”

Designed to create a more resilient electricity system and reduce dependency on diesel for electricity, the $600,000 microgrid system at Paraquita Bay will comprise a 3 MW utility-scale solar system, undergrounding, battery energy storage and a new substation.

Back in October 2022, Hon Rymer had said the microgrid will be used to supply the Seven Seas and Bar Bay water plants and H. Lavity Stoutt Community College and improve the resilience of the territory’s power grid, which was knocked out for months by the storms of 2017. 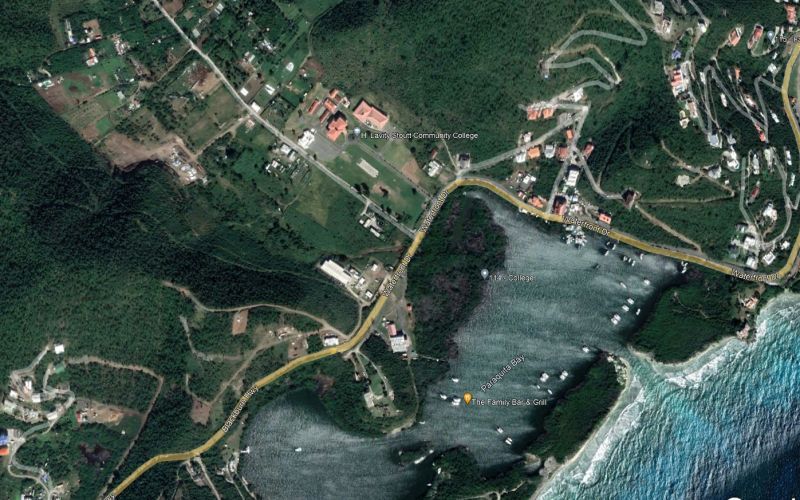 Designed to create a more resilient electricity system and reduce dependency on diesel for electricity, the $600,000 microgrid system at Paraquita Bay will comprise a 3 MW utility-scale solar system, undergrounding, battery energy storage and a new substation.


Meanwhile, the BVIEC General Manager, Mr Abraham, said BVIEC was recently awarded another technical assistance grant from ReSEMBid, which is being implemented by Expertise France, to support its efforts in developing a micro grid on the island of Virgin Gorda.

“And when I get back at the office tomorrow [today] that is my first task, to execute the grant documents, so once again Premier, Deputy Premier, the ball is in your court.”

A location for the microgrid on Virgin Gorda was not disclosed.