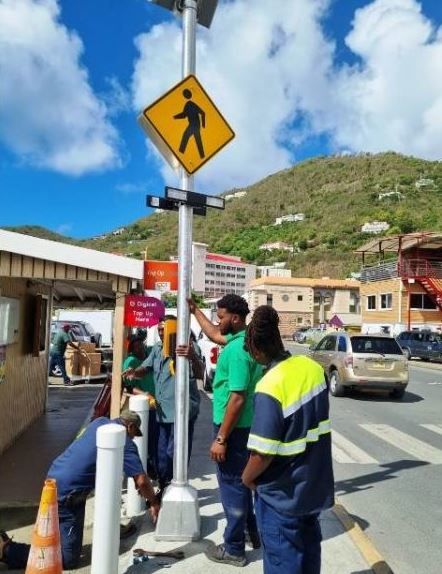 Deputy Premier and Minister for Communications and Works, Honourable Kye M. Rymer (R5) said the Government of the Virgin Islands is in the process of adding another component to the greener, safer, more pedestrian-friendly efforts by way of solar-powered crosswalk signals.

Honourable Rymer in a statement during the Sixth Sitting of the Fourth House of Assembly on July 21, 2022, said the Public Works Department has commenced installations of the crosswalk signals.

“Five sets of the Solar-Powered Crosswalks are to be installed,” Honourable Rymer stated, adding, “The solar-powered crosswalks are signage that flashes to get the attention of the on-coming traffic, therefore bringing awareness to drivers that a pedestrian is intending to cross the street.”

The systems, according to a press release from Government Information Services (GIS), will be installed in some of the higher traffic areas in the city, namely the Sir Olva Georges Plaza, Waterfront Drive close to Clover’s and DeCastro Street in the vicinity of Bobby’s Supermarket and the Republic Bank.

Honourable Rymer said, “The ‘BVI Going Green Initiative’ announced in August, 2021 is still in effect and ends in August 2023. The initiative came from an amendment in the Customs Management and Duties Act, and makes provision for residents of the Virgin Islands to achieve significant savings, by going green.” 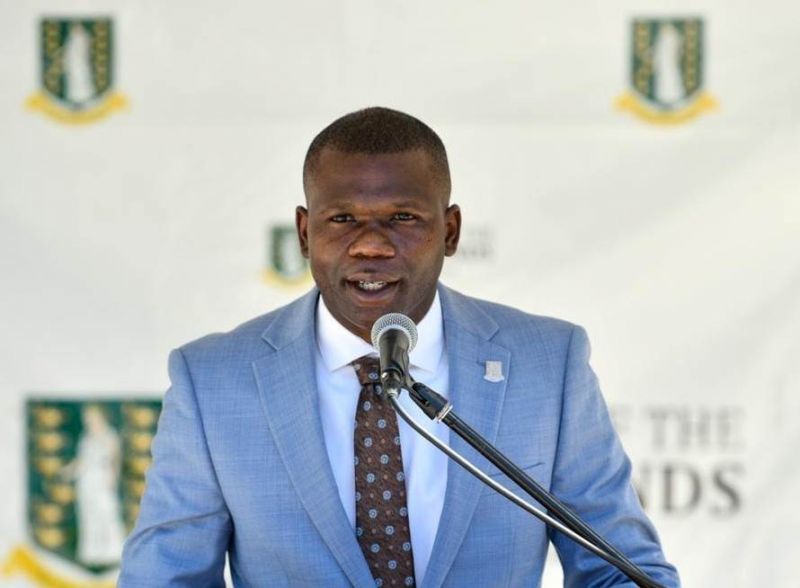 Deputy Premier and Minister for Communications and Works, Honourable Kye M. Rymer (R5) said the Government of the Virgin Islands is in the process of adding another component to the greener, safer, more pedestrian-friendly efforts by way of solar-powered crosswalk signals.

Meanwhile, Director of the Public Works Department, Mr Jeremy W. Hodge has said the Ministry’s efforts have not stopped in continuing to make ‘A Pedestrian Friendly Road Town’.

Mr Hodge said, “Safety is paramount in this effort as well as the Government’s green initiative. The electronic crosswalk signs flash brightly to get the attention of vehicular traffic all the while verbally cautioning pedestrians before they cross.”

According to the GIS press release, the Ministry of Communications and Works remains dedicated to ensuring the continued development and maintenance of public infrastructure in keeping with international standards so that public utilities are reliable and affordable in support of an enhanced community life for every resident and visitor in the Virgin Islands.