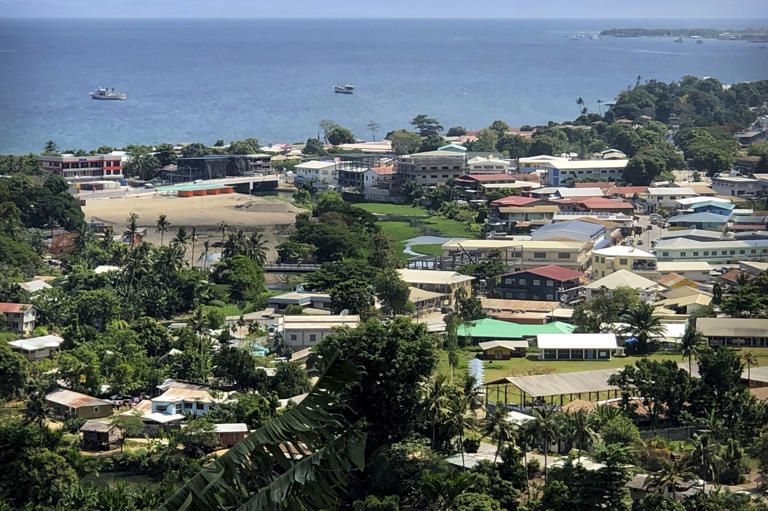 Solomon Islands bans foreign navies, in blow to US, UK

The Solomon Islands will bar all foreign military ships from docking at its ports, the country’s government said late Tuesday, more than a week after requests from a US Coast Guard ship and a British naval vessel went unanswered and months after the Pacific nation signed a defense pact with China.
The Solomon Islands acknowledged that it had received the requests from the U.S. Coast Guard cutter Oliver Henry and Britain’s HMS Spey to dock and said the delay in responding demonstrated “the need for the government to review and refine its approval requirements and procedures,” according to a statement. The ships eventually canceled their plans to visit the archipelago.

“We have requested our partners to give us time to review and put in place our new processes before sending further requests for military vessels to enter,” the Solomons said in the statement.

State Department deputy spokesman Vedant Patel expressed disappointment that the Oliver Henry was not provided clearance to enter the harbor. The United States received notification of the Solomon Islands’ moratorium on “all naval visits” Monday, Patel said in a news conference the following day.

The U.S. Embassy in Australia said in a statement that the United States was pleased the Navy hospital ship Mercy had been allowed entry to the Solomon Islands on Monday, before the moratorium, with teams deploying to support hospitals.

Although the Solomons described the episodes as innocuous communication errors, the United States and China are competing for influence over strategic locations in the Indo-Pacific, and the archipelago nation signed a defense pact with China in April, renewing concern in Washington that it is drifting closer to Beijing.

“Beijing seeks to weaken U.S. partnerships in the Pacific” that provide the American military advantages it could leverage against China, Derek Grossman, a senior defense analyst at the Rand Corp., said in testimony to Congress’s U.S.-China Economic and Security Review Commission this month.

The Solomon Islands is a small country of 700,000 people, but it sits in a strategically important part of the Pacific Ocean, close to Australia, New Zealand and U.S. territories like American Samoa.