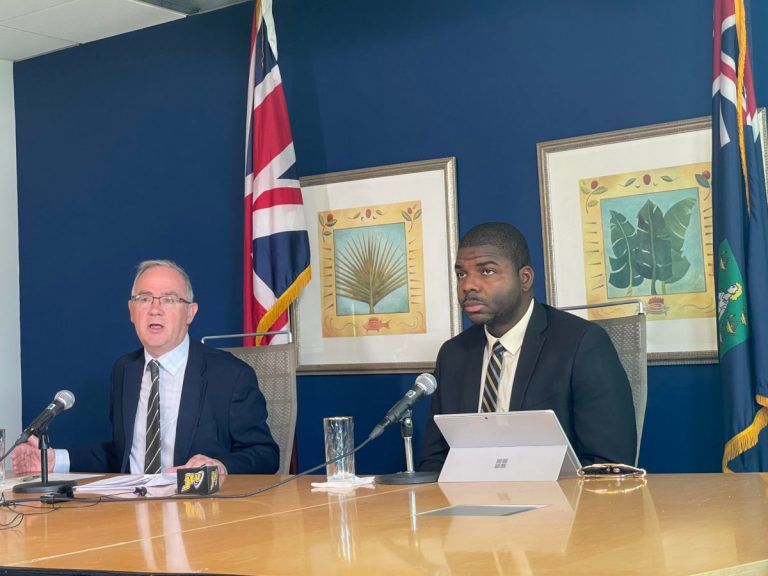 Some deadlines missed, but good progress on COI reforms — Premier

While acknowledging that his Unity Government has already missed some key deadlines concerning agreed Commission of Inquiry (COI) related reforms, Premier Dr Natalio Wheatley has indicated that there have been advances made so far.
“We have a few deadlines that we’ve missed but we’re making good progress,” Premier Wheatley told reporters at a press conference recently.

Premier Wheatley alluded to the quarterly reports expected to be made by Governor John Rankin assessing the government’s progress on the COI reforms agreed in the framework agreement between the BVI and UK government.

“We know that the governor soon will be giving his first report to the United Kingdom and we expect for him to be positive about the progress we’ve made but, of course, noting some of the areas where we still need to make progress,” Dr Wheatley said.

The Premier, for his part, described the reforms as a lot of hard work and said he felt the governor will recognise this as he makes his assessment.

“It’s a lot of hard work. But still, [there’s] a lot more work that needs to be done,” the Premier stated.

According to Premier Wheatley, the territory also needs to pursue additional reforms outside of the agreed COI-related agreement to improve the performance of its institutions.

“It’s important to say that overall, we need to go through a process of reform to make sure we’re able to deliver public services in a more efficient and more effective manner than we have done in the past,” the Premier said. “We’re looking to reform all of our institutions to make them more efficient, more effective, more community based and community driven.”

Dr Wheatley further noted that attempts were also being made to give better value for money to taxpayers in the territory.

Some of the agreed reforms that have already been put in motion include various governor-recommended audits and investigations; improved legislation about public officials’ interests; statutory board reviews and reconstitution; reformation of the territory’s assistance grants system and measures aimed at achieving constitutional reform.
#Commission of Inquiry  #John Rankin  #CoI