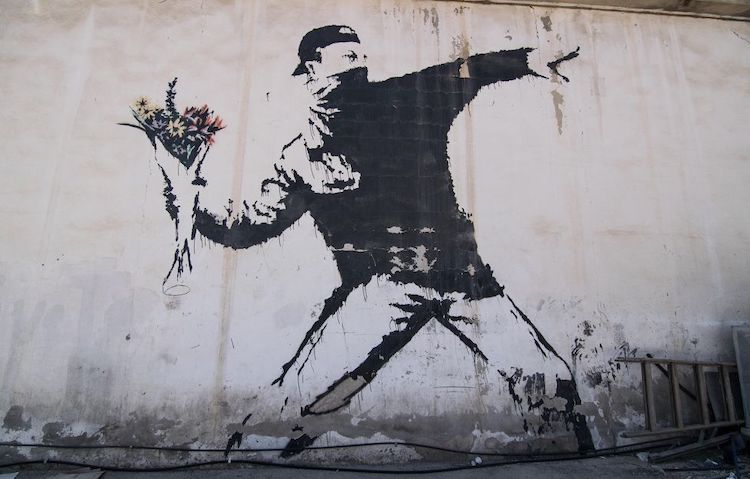 Sotheby's Announced Acceptance of Bitcoin for a Banksy Auction

The legacy fine arts auction house Sotheby’s International would accept bitcoin in exchange for a Banksy painting being auctioned soon.

276-year-old fine arts auction house Sotheby’s International is open to bitcoin payments for a Banksy piece estimated to fetch $3 million to $5 million during an upcoming sale.

“What better combination to introduce crypto than an iconic Banksy painting,” Sotheby’s CEO Charles Stewart told CNBC. The winner of the auction, which will be held on May 12, can choose to pay in USD or ether as well.

The painting, titled “Love Is In The Air,” is one of Banksy’s best known works and its subject matter, which depicts a masked figure in the midst of throwing a bouquet, has some countercultural overtones that appear to mesh with Bitcoin’s own.

The ability for Sotheby’s to enable bitcoin payment for the piece is the result of its partnership with cryptocurrency exchange Coinbase. It’s unclear whether the bitcoin paid for the painting would be liquidated or HODL’d.

“We have an agreement with the owner of the painting, the consigner of the painting, so that will ultimately be up to them,” Stewart said. “Part of the partnership with Coinbase gives us not only the ability to process the payment, but that possibility [to liquidate it] as well.”

The announcement is certainly a driver of attention to the auction, but also another indicator of growing mainstream and institutional acceptance of Bitcoin. Recently, age-old institutions like BNY Mellon and Morgan Stanley have also signaled growing support for Bitcoin.