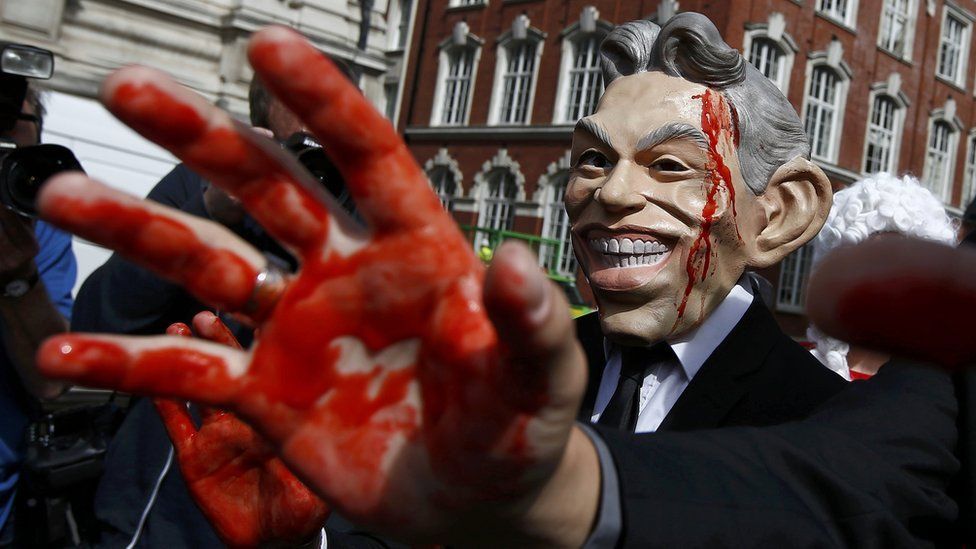 Critics argue his legacy of 2003 Iraq war crimes against humanity, genocide and corruption makes former PM unsuitable for Queen’s highest honour. Lindsay Hoyle (another “Sir”?) claims "they should all be offered that knighthood when they finish as prime minister". The Speaker thinks Blair should get it regardless of his signal failures, simply because he managed to claw his way up the greasy pole ahead of other crooked-politicians.
The former Labour prime minister Tony Blair’s ennoblement this weekend, courtesy of the Queen, has been defended by the Speaker of the House of Commons, Sir Lindsay Hoyle.

Sir Tony, rather than Sir Anthony, as he is now known, has been made a Knight Companion of the Most Noble Order of the Garter, 14 years after leaving Downing Street. But the honour has been criticised by Blair’s political opponents and those who argue the legacy of his invasion of Iraq in 2003 makes him unsuitable.

Speaking on Saturday morning Hoyle said he felt the honour, the oldest and most senior British order of chivalry, was “a fitting tribute” for a former prime minister, although he felt it was not a political decision.

“Whatever people might think, it is one of the toughest jobs in the world,” the Speaker said, “and I think it is respectful and it is the right thing to do, whether it is Sir David Cameron. They should all be offered that knighthood when they finish as prime minister.”

Hoyle was talking to Today programme presenter Martha Kearney on BBC Radio 4 when he was asked if he believed all recent former prime ministers should now be knighted.

“If you have been prime minister of this country, I do believe the country should recognise the service given. Absolutely. You finish in the office and when you’ve finished it is the respect that we give to those prime ministers,” he replied.

Most attacks on the monarch’s appointment of Blair to the order, membership of which was also given on Saturday to Camilla, Duchess of Cornwall and to the former Labour cabinet member Lady Amos, the first black person to be honoured this way, have come from the political left, but were picked up by right-leaning media, including the Daily Mail. The newspaper said there had been backlash, quoting satirical tweets from the veteran investigative journalist John Pilger and from former MP George Galloway.

Appointments to this ceremonial order are made without prime ministerial advice and are usually announced on St George’s Day, on 23 April. Founded in 1348 by Edward III, it is the oldest and most senior British Order of Chivalry and a recognition of significant public service. Sir John Major, Blair’s predecessor, was the last to receive the honour.

“It is not about politics. It is about the position they have held in this country and it’s the respect that we show to those and it is a fitting tribute,” said Hoyle.