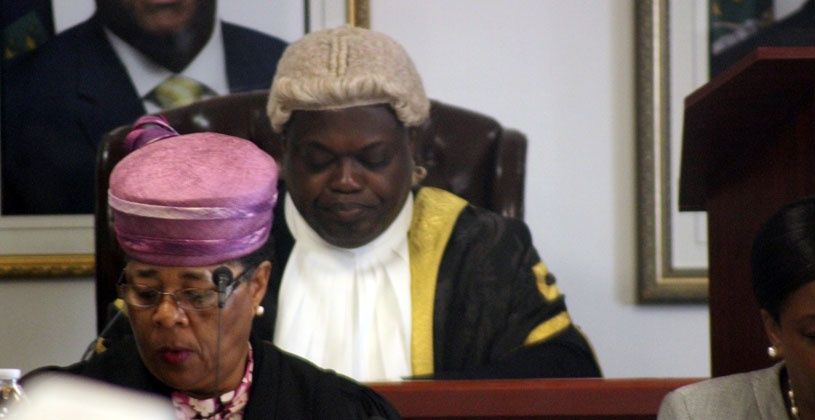 Speaker of the House of Assembly, Hon. Julian Willock, was displeased that his attorney, Mr. Richard Rowe of Silk Legal was not given full disclosure for his appearance before the Commission of Inquiry (CoI) on Friday, June 18.

During the interview, the matter of the missing documents was raised and Hon. Willock stated that the matter could be a human error.

However, Commissioner of the CoI Sir Gary Hickinbottom replied that some errors were more important than others, adding that "this error isn't important at all."

It was then that Hon. Willock chastised the CoI, effectively questioning how witnesses could ill afford to have missing documents, but the CoI can, and is downplaying it.

"I can't believe you sit there and say that is not important. My lawyer is given a bundle with documents missing, and you don't see that as important? It speaks volumes about this process, Commissioner, and you're going to have to convince this country that you have a transparent process, and it's not a fishing exercise," he said.

I Will Not Be Bullied!

In the meantime, Hon. Willock was quick to chastise the Commission again when he was asked one question in different ways, pertaining to whether Leonard and Associates, a security firm, was a company or a dba.

"It's a dba I think I answered that already," he said.

Counsel to the Commission Mr. Bilal Rawat who asked him the question replied: "but you just described it as a company."

"I think we are going in circles," Hon. Willock stated.

That was when Commissioner Sir Gary Hickinbottom intervened and remarked: "We are not going in circles, but we are not making the progress that I had hoped, so let's press on."

Willock countered: "Commissioner if a question is asked and answered, I don't want any tricks trying to ask me the same question five and six times. I am not going to sit here and be bullied by this Commission. I made that clear when I came in here. Ask and answer, and then we move on!"

Like his colleagues from the House of Assembly, based on the evidence the CoI presented, Hon. Willock was also found not to have complied with Register of Interest Act when he filed his declarations late at least twice.