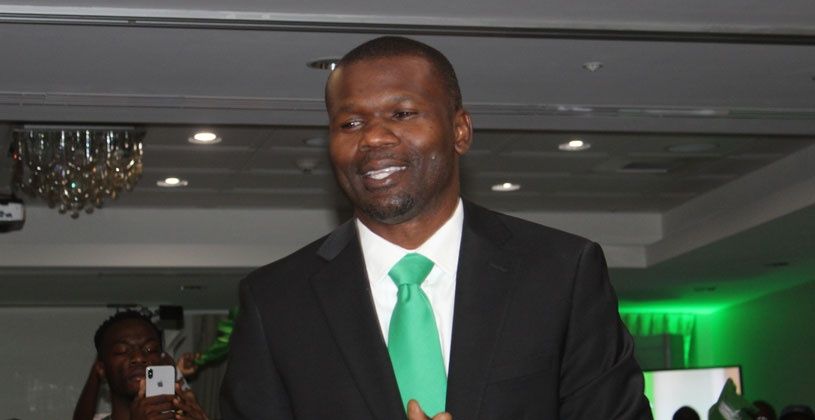 Speaker Needs To Be Disciplined - Rymer

Minister for Transportation and Works Hon. Kye Rymer has called for Speaker of the House of Assembly (HoA) Hon. Julian Willock to be disciplined.

The Minister’s comments came shortly before he voted in support of the Motion brought by Premier and Minister for Finance Hon. Andrew Fahie, in relation to the possible exemption of Speaker Willock from footing the legal fees associated with a failed injunction matter against the three Commission of Inquiry (CoI) lawyers.

The Motion was passed in the HoA late last night, November 4, after it received a total of five Members in support, including Rymer’s vote, two against and five absent Members.

Adding his voice to the debate yesterday afternoon, the Minister said: “Mr. Speaker, I have had some time to digest this matter from inception. Mr. Speaker, when you read what transpired, the Speaker erred, made some mistakes; I think he needs to be disciplined because Mr. Speaker we are guided by laws, policies, procedures.”

The Minister said he was one of the Members of the HoA that the members of the public reached out to on the issue, which has sparked public outrage and protest.

“I must admit I received numerous calls. These calls came from my neighbours, in my district, some from family, some from friends, some from supporters, some from opposers. Mr. Speaker, I must respect each and every person’s position. But, the facts and the truth of which I am fully aware of today in this Honorable House afforded me to form an unbiased position on principle.”

He continued: “My position is to be on the side of what is unequivocally just and right, the territory is torn into whether the House should agree to pay this bill or not. They want to see us as legislators do the right thing, including maintaining our institutions.”

Hon. Rymer also revealed that sometimes people wonder what Hon. Willock’s modus operandi is but “democracy I must say is alive and well in this territory.”

In the meantime, the District Five Representative informed that he was open to having discussions on the matter, although he was cognizant that not all his decisions would be met with favour by the electorate, but he stands on principle.

“For those in my district, those who want to further discuss this matter because we have had long conversations, I will be at the Community Centre on Saturday from 8 am. Come let’s have a chat, and then I will go to Huntums Ghut in the afternoon; but together, we will look at the facts of this case so that we can all come to an informed and intelligent conclusion on this matter.”

With the Motion now passed, it paves the way for the setting up of a special committee which the Premier announced will consist of members-Hon. Mark Vanterpool, Hon. Vincent Wheatley and Hon. Julian Fraser.

According to Premier Fahie, and mover of the Motion, the original Motion was tweaked and made way for the members to consider and to report as to which of the following recommendations is to be made to the HoA.

He said the first recommendation was that there was no expressed permission given to the Speaker by the HoA, but he acted in his official capacity in good faith, relying on the assumption of permission being at least implied and in consistent with his duties and the action is deemed warranted with merit and as a result of the cost would be approved by the HoA.

The second one was that there was no expressed permission by the HoA, but Hon. Willock acted in his official capacity and good faith, relying on the assumption of permission being at least implied and consistent with his duty, and his action is deemed warranted and with merit, but the payment of cost cannot be considered or approved by the HoA.

And finally, that there was no expressed permission from the HoA, but the Speaker acted in his official capacity and in good faith, relying on the assumption of permission being at least implied and consistent with his duties. His actions were not deemed warranted and is without merit, and as a result the HoA ought not to approve the costs.

Hon. Willock’s legal bill could be up to $120,000 from the court, but new information from Opposition Leader Hon. Marlon Penn said it was now upwards of $300,000.

He informed that during a private meeting among members of the HoA in October, Government members agreed to provide $300,000 in the first instance for Hon. Willock to continue to pursue the case in question and the decision to hire a Queen’s Counsel (QC) was also taken.

The injunction was to bar three UK attorneys who are working with the ongoing Commission of Inquiry (CoI), namely Rhea Harrikissoon, Andrew King and Balil Rawat, unless they are called to the BVI Bar as per the Legal Professions Act of 2015.