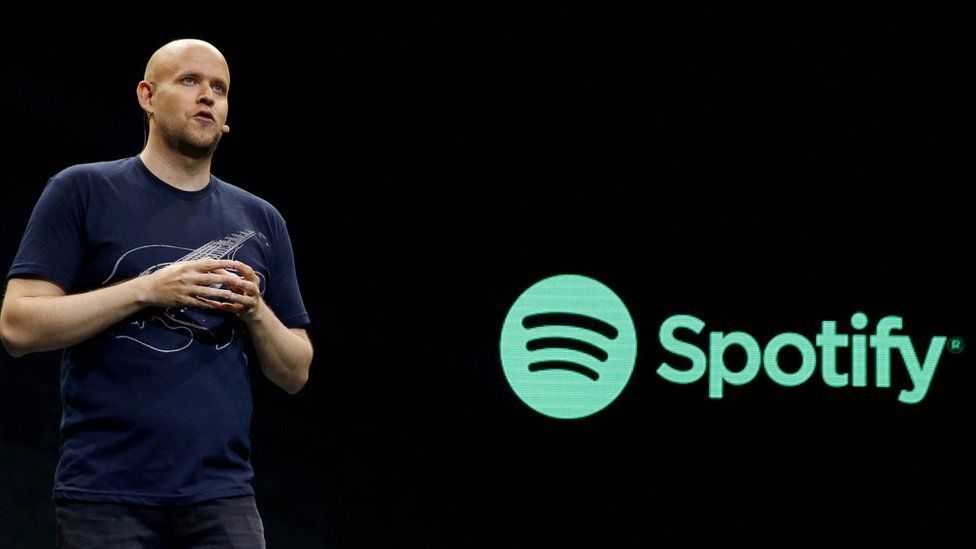 Spotify is pulling out of Russia citing a new law that threatens jail for spreading "fake news" about the country's armed forces.
The music streaming company said safety concerns about staff and "possibly even our listeners" had pushed it to fully suspend its free service.

Spotify shut its office in Russia earlier in March.

But it said it had wanted to keep its service operational to provide "independent news" to the country.

"Spotify has continued to believe that it's critically important to try to keep our service operational in Russia to provide trusted, independent news and information from the region," Spotify said in a statement.

"Unfortunately, recently enacted legislation further restricting access to information, eliminating free expression, and criminalizing certain types of news puts the safety of Spotify's employees and the possibility of even our listeners at risk."

New rules on what media companies can broadcast or post online mean publishing material deemed to be "fake news" about Russia's invasion of Ukraine can lead to lengthy prison sentences.

Following passage of the legislation, Bloomberg, the New York Times and CNN were among the outlets that announced plans earlier this month to suspend reporting from the country.

The BBC suspended reporting in Russia, though it has since resumed. Access to BBC websites has been restricted in Russia, and the Kremlin took BBC World News off the air earlier this month.

Spotify, which launched in Russia in 2020, is best known as a music streaming platform. But it has aggressively moved into podcasting as part of its business model, with its library including many news and current affairs shows.

Since the war in Ukraine, it has not been able to sell its premium subscriptions in the country because of restrictions put in place by payment providers amid international sanctions.

This latest move adds it to a list of hundreds of global firms that have exited or scaled back operations in the country, including BP, McDonald's and Netflix.