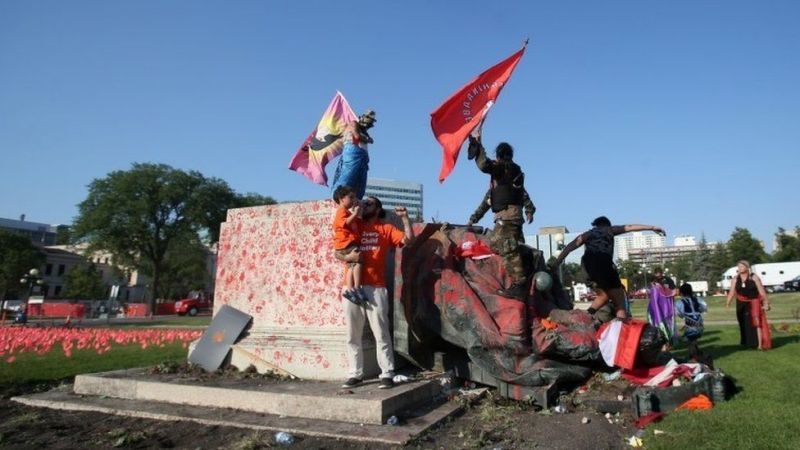 Statues of Queen Victoria & QE II torn down in Canada

A prominent statue of Queen Victoria and a statue of Queen Elizabeth II have has been torn down by protesters in Canada as anger grows over the deaths of indigenous children at residential schools.

The protesters cheered as the statue at the legislature in Manitoba's capital Winnipeg was toppled on Thursday, July 1, 2021, the BBC has reported.

The toppling of the statues came on Canada Day, an annual celebration on July 1 that marks the country's founding by British colonies in 1867.

A seemingly insensitive British government condemned the toppling of the two statues.

"We obviously condemn any defacing of statues of the Queen," a spokesman said. 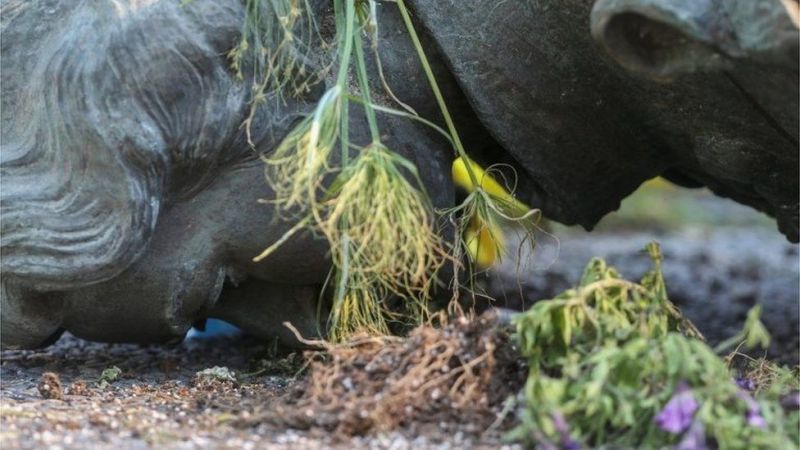 A statue of Queen Elizabeth II lies facedown in the dirt in Canada.

UK defends preservation of relics of slavery in VI

The toppling of the statues brings to memory the insensitive and even “racist” statement by ex-controversial governor of the Virgin Islands, Augustus J. U. Jaspert, who had said the Virgin Islands should not look forward to reparations for slavery as it was not a consideration of the UK and that names of landmarks in honour of slave owners and facilitators of slavery be preserved in the VI.

After slavery was abolished, the UK government pledged £20 million in order to reimburse the owners of slaves. It took that country 182 years to pay that debt which they finished paying in 2015.

To date, the victims of slavery and their descendants have never received reparations. 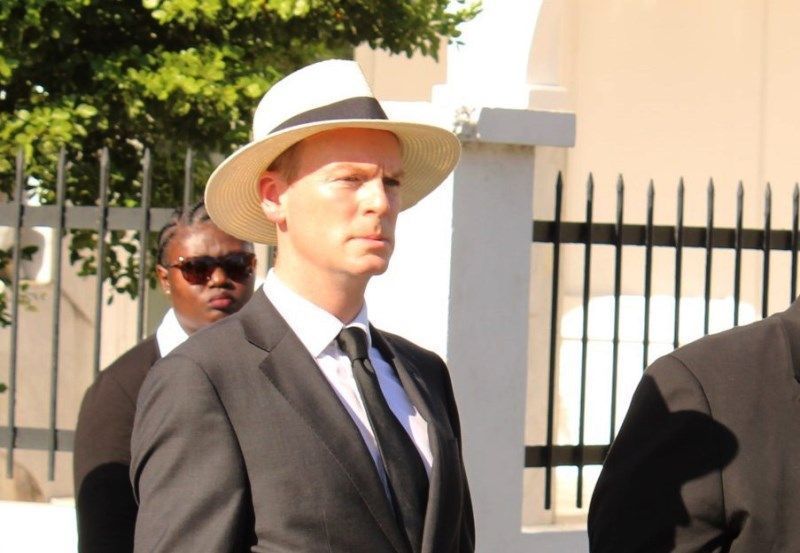 The toppling of the statues brings to memory the insensitive and even ‘racist’ statement by ex-controversial governor of the Virgin Islands, Augustus J. U. Jaspert, who had said the Virgin Islands should not look forward to reparations for slavery as it was not a consideration of the UK and that names of landmarks in honour of slave owners and facilitators of slavery be preserved in the VI.

After many commentators had been calling for places in the VI named after slave traders, thieves and murders, to be renamed, Mr Jaspert, in an interview with 284 Media on September 7, 2021, indicated that he shared a difference in opinion, which is to preserve the names of landmarks that were named after the very people, like Sir Francis Drake, who inflicted decades of harm and suffering on the ancestors of Virgin Islanders and other Caribbean people.

“I think it’s really important that people are taught the history and taught to understand… a specific name change maybe takes it away, rather actually explaining and making sure that people understand what these various different symbols, names and places meant and understand the full history around them.”

Many Virgin Islanders took offence to Governor Jaspert’s insensitive stance and calls were even made for him to apologise; however, Mr Jaspert never did.

After the UK government supported Mr Jaspert’s position, Premier Andrew A. Fahie (R1) commented: “Whenever persons tell you to remember anything negative, it’s a matter of control. If you do anything wrong as a child, and you try to do it again, your parents tell you ‘remember what happened last time?’ and you get frightened right away. It’s a subliminal message of control.”

Mr Jaspert departed these shores days after calling a Commission of Inquiry into the Government of the Virgin Islands, who he was known to be antagonistic towards and reportedly tried to bully.

The CoI was also announced via a press release on Martin Luther King Jr Day, a day observed by many in the VI due to their close ties with the United States.

Many have seen this as yet another act of being insensitive towards the descendants of slaves in the VI. 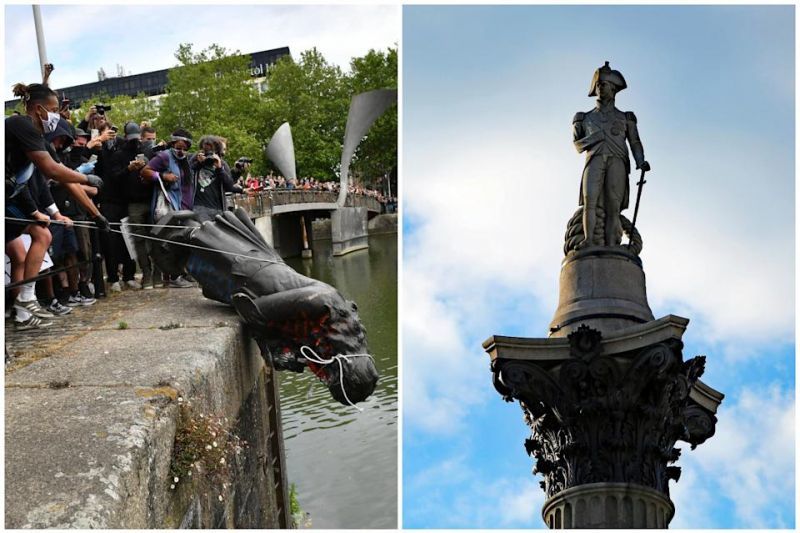 Black Lives Matter demonstrators tore down a statue of slave trader Edward Colston and threw it into a harbour during a protest in the city of Bristol, United Kingdom, on June 7, 2020.

More than 150,000 indigenous Canadian children were taken from their families and forced to attend the schools during the 19th and 20th Centuries with the aim of forcibly assimilating them into society.

An estimated 6,000 children died while attending these schools. Students were often housed in poorly built, poorly heated and unsanitary facilities.

A group of protesters had marched on the Manitoba Legislature as part of a demonstration against the deaths of indigenous Canadian children at residential schools.

British monarch from 1837 until her death in 1901, Queen Victoria was on the throne during the founding of the Canadian confederation. The British Crown negotiated treaties with indigenous First Nations in Canada and the government enacted its residential schools policy during her reign. 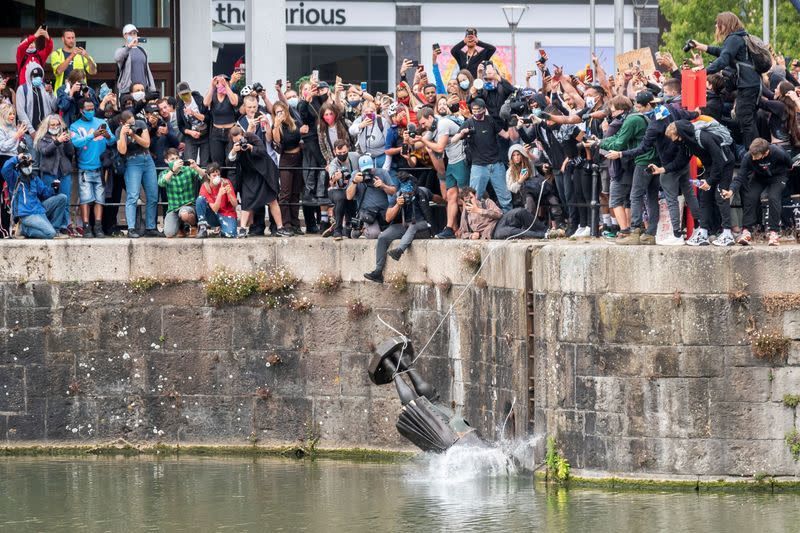 It is believed Edward Colston sold about 100,000 west African people in the Caribbean and the Americas between 1672 and 1689 and it was through this company that Colston made the bulk of his fortune, using profits to move into money lending.

A survivor of a residential school, Belinda Vandenbroeck, told Canadian broadcaster CBC she felt no remorse about the toppling of the statue, which she had had no part in.

"She [Queen Victoria] means nothing to me except that her policies and her colonialism is what is dictating us right to this minute as you and I speak," Ms Vandenbroeck said.

Symbols of empire, colonialism and slavery have been targeted by protesters at demonstrations against racial injustice across the globe in the past year. Those demonstrations exploded worldwide following the death of African-American man George Floyd in May 2020.

Relics of slavery torn down in US & UK

Last year, several prominent statues of Confederate leaders and slave owners were torn down and vandalised in the US, generating heated debate about monuments.

Similar scenes were seen in the UK, where Black Lives Matter demonstrators tore down a statue of slave trader Edward Colston and threw it into a harbour during a protest in the city of Bristol.