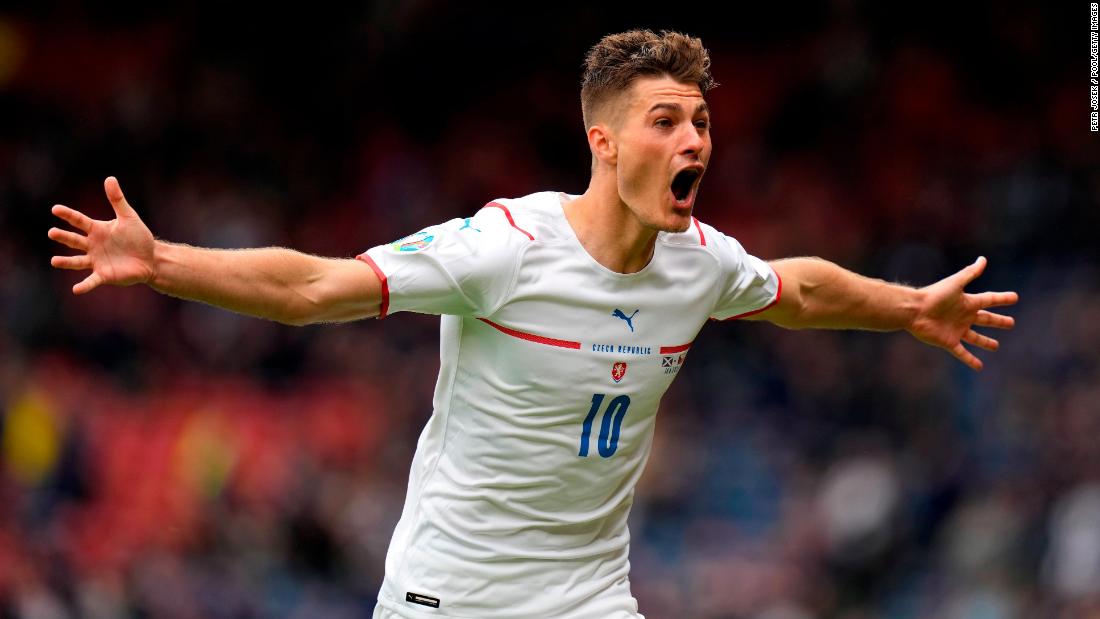 Have we already seen the best goal of Euro 2020?

Czech Republic striker Patrik Schick scored a stunning long range effort on Monday to inspire his side to a 2-0 win over Scotland in the teams' first game of the tournament.

Having already given his country a first-half lead, Schick doubled his tally with a memorable lob from around 50 yards after spotting Scotland goalkeeper David Marshall way off his goal line.

The goal came shortly after the restart, with Scotland pushing hard for an equalizer. But after a ricocheted clearance, Schick ran onto the loose ball and produced a magnificent first-time effort which bent and dipped into the back of the net.

According to Opta, it was the furthest distance from which a goal has been recorded at the European Championships, since 1980.

Questions will be asked as to why Marshall was so far off his line but nothing can take away from the brilliant vision and execution from Schick, who opened the scoring with a slightly less dramatic header in the first half. 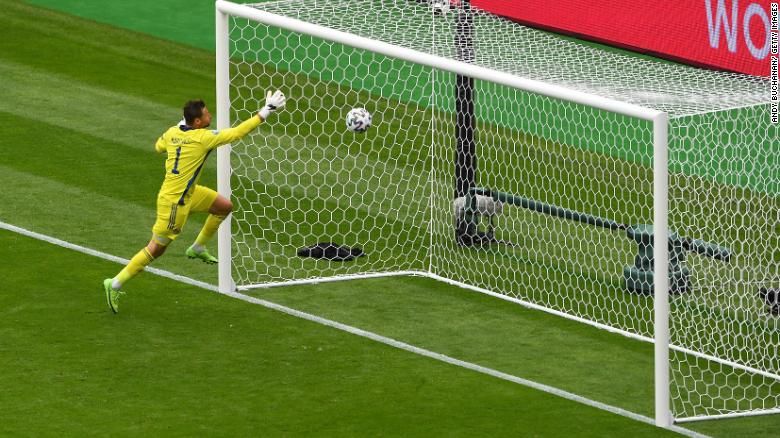 Scotland goalkeeper David Marshall couldn't get back in time and watched as the ball sailed over him.

It means Scotland's 23-year wait to appear in a major tournament ended in disappointment despite having a number of chances to score itself.

The nation's next game is against bitter rivals England on Friday with victory even more important after this loss in its opening fixture.

Czech Republic, meanwhile, will take confidence from a solid performance and faces Croatia in its next group stage match.

Elsewhere on Monday, Slovakia beat Poland in an eventful Group E encounter which saw an unfortunate own goal from Polish goalkeeper Wojciech Szczesny as well as the first red card of the tournament.

Slovakia took the early lead after a shot cannoned off the post and hit Szczesny in the back before rolling into the net. The 31-year-old now has the unwanted record of becoming the first goalkeeper to score an own goal in European Championships history.

Poland did equalize shortly after half-time after Karol Linetty's shot squirmed into the bottom corner but a comeback was cut short after Poland midfielder Grzegorz Krychowiak was sent off after picking up a second yellow card.

With the one man advantage, Slovakia finished the game off through a wonderful finish by Milan Skriniar.

Spain dominated the game, but was unable to convert a number of chances, notably Alvaro Morata in the first half, while Gerard Moreno went close with a header late on.

Alexander Isak provided Sweden's most potent threat. His first-half shot was deflected on to the post and the Real Sociedad striker also created a chance for Marcus Berg, who should have scored.