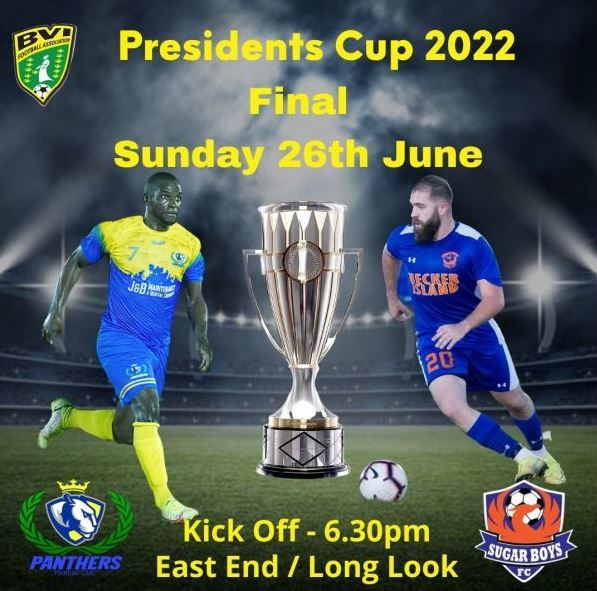 Sugar Boys FC will be taking on Panthers FC in the Final of the Presidents Cup on Sunday, June 26, 2022, at East End/Long Look with a 6:30pm kick-off.

Both teams overcame tenacious opponents in the semi-finals of the competition that pitches the top four teams into a playoff format to see who will win the prestigious trophy.

Last weekend, Sugar Boys, who are National League Champions, recorded a 2-0 victory over Wolues FC with goals coming from Rolland Roberts in the first half and Alejandro Sanchez in the last minute of the game.

“Wolues have developed into a very competitive team over the years and are certainly not a walkover,” commented Derol Redhead of the Sugar Boys.

“They, like us, are a team that plays together and for the first 25 minutes it was very intense. We tried to keep the ball and pass it around to open them up. Both teams created chances though and, luckily, we were able to capitalise on ours. The victory was very important, and we now look forward to meeting the Panthers in the final, who are also a very good team.”

Super strikers Nigel Sanderson and Wayne Phillips were on hand to each score twice to orchestrate a 5-0 win for the Panthers in their semi-final clash with Rebels. The dynamic duo was on hand to score one apiece in the first half and again in the second half either side of a strike from John Julio Samuel Labega.

“It was a real team effort with everyone playing responsibly,” noted Phillips.

“We played physically in the middle, our defense was as strong as ever and that allowed Nigel and myself just to go at them. We are looking forward to the final with a lot of confidence and will be training hard so we can be victorious.” 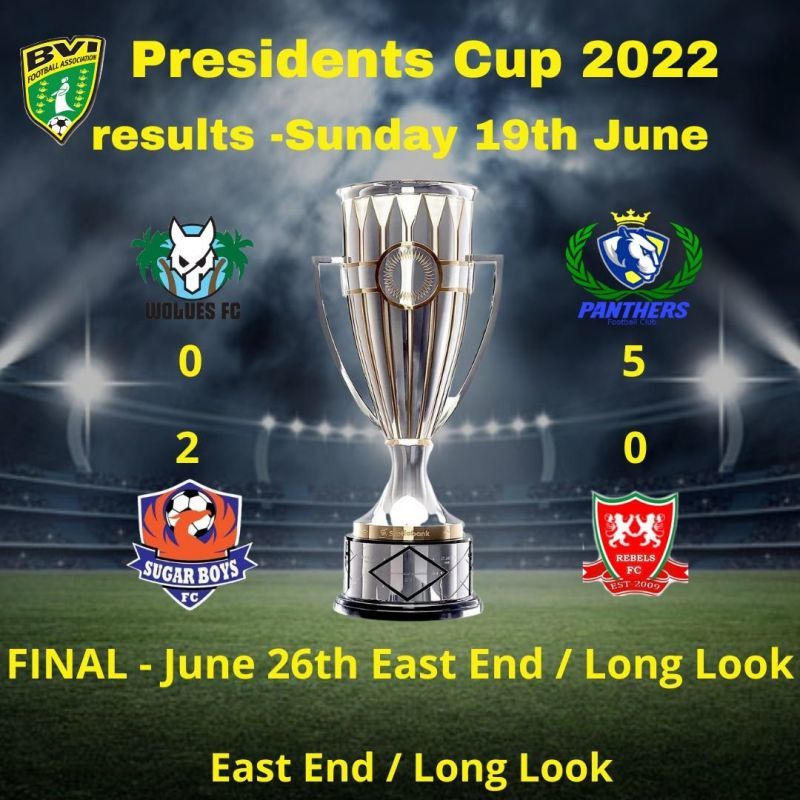