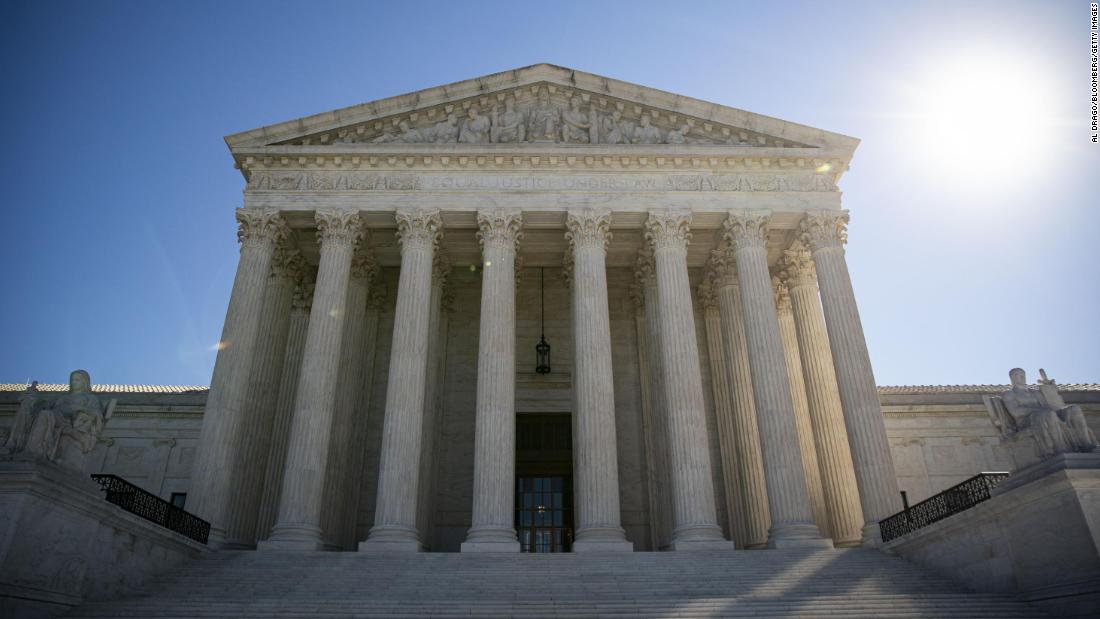 Congress can exclude residents of Puerto Rico from some federal disability benefits available to those who live in the 50 states, the Supreme Court ruled Thursday.

The 8-1 opinion was written by Justice Brett Kavanaugh, with Justice Sonia Sotomayor dissenting.

The case concerned Supplemental Security Income that is available to those living in the 50 states who are older than 65, blind or disabled. But residents of Puerto Rico and other US territories are excluded from receiving the funds.

"In devising tax and benefits programs, it is reasonable for Congress to take account of the general balance of benefits to and burdens on the residents of Puerto Rico," Kavanaugh wrote. "In doing so, Congress need not conduct a dollar-to-dollar comparison of how its tax and benefits programs apply in the States as compared to the Territories, either at the individual or collective level."

Sotomayor, whose parents were born in Puerto Rico, penned the sole dissenting opinion. "Equal treatment of citizens should not be left to the vagaries of the political process," she said.

Steve Vladeck, CNN Supreme Court analyst and a professor at the University of Texas School of Law, called the case "a big deal both for what it holds and for what it opens the door to."

"The core holding is that Congress is allowed to withhold certain federal benefits from Americans who live in territories like Puerto Rico so long as it has any rational basis for doing so, and that no special justification is required," Vladeck said. "That makes it far easier for Congress, a body in which the territories are not represented, to treat residents of those territories differently with those who live in the states -- not just for Supplemental Security Income, but for all federal benefit programs, like Social Security, Medicare and other entitlements funded at least in part by taxes paid by those living in those territories."

The case involved Jose Luis Vaello-Madero, who was born in Puerto Rico in 1954 but lived in New York from 1985 to 2013. In 2012, he was found eligible after a stroke to receive the disability payments, which were deposited directly into his checking account.

After moving back to Puerto Rico in 2013, Vaello-Madero continued to accept the payments until the government was made aware that he was now living outside the 50 states. He was told that his benefits would be discontinued and that he owed the government $28,081 in back pay. His lawyers later sued, arguing that the exclusion of Puerto Rican residents violated the Equal Protection Clause of the Constitution's 14th Amendment.

Hermann Ferré, a lawyer for Vaello-Madero, said the program was meant to replace "an uneven patchwork of programs" for the disabled with a "uniform standard of national support" so that poor and disabled Americans could live with dignity.

"But that guarantee is not enjoyed by all Americans," he said, arguing the court should look at the elimination suspiciously because it excludes Puerto Ricans based on their race.

The Biden administration had defended the exclusion, noting that most Puerto Ricans are exempt from federal taxes, so Congress could take into consideration that reduced contribution when excluding them from some disability benefits. A government lawyer stressed that it would be up to Congress to extend the benefits, and President Joe Biden has already called on Congress to do so.

"It is always appropriate for Congress to take account of the general balance of benefits and burdens associated with a particular federal program," deputy Solicitor General Curtis Gannon told the justices at oral arguments.

But Sotomayor, who still has family members on the island, was deeply critical of the government's argument and she called the majority's decision "irrational."

She said Congress was mistaken to exclude residents of Puerto Rico from what she called an "important safety-net program."

"There is no rational basis for Congress to treat needy citizens living anywhere in the United States so differently from others," she said, and noted that the Government Accountability Office estimates that over 300,000 Puerto Rico residents would have qualified for the benefit.

Sotomayor acknowledged that under equal protection principles the government can draw lines when it classifies people, but it cannot "base those qualifications upon impermissible criteria or use them arbitrarily to burden a particular group of individuals."

She also warned about the "dramatic repercussions" of the decision. She said that if Congress has the ability to exclude citizens from safety net programs because they reside in jurisdictions that do not pay sufficient taxes, it could easily target needy residents in other states like Vermont, Wyoming, South Dakota, North Dakota, Montana and Alaska on the basis that "residents in those states pay less into the Federal Treasury than residents of other States."