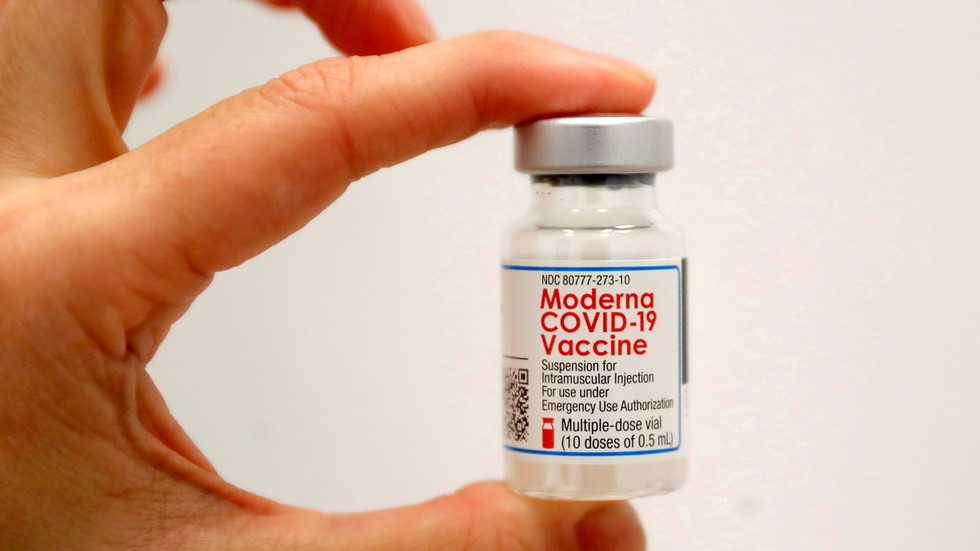 The Swedish Public Health Agency has decided to suspend offering Moderna’s Covid vaccine to anyone born in 1991 and later for precautionary reasons, citing the slightly increased risk of heart inflammation following inoculation.
On Wednesday, the agency issued a statement announcing that it will pause dishing out Moderna’s jab, marketed as Spikevax, to people under 30. Instead, the Comirnaty vaccine manufactured by Pfizer-BioNTech will be offered to this age group.

Announcing the suspension, the agency said data pointed to an “increased incidence” of heart inflammation diseases myocarditis and pericarditis – mainly in younger men and adolescent boys – “in connection with vaccination against Covid-19.”

The notice stated that “new preliminary analysis from Swedish and Nordic data sources indicate that the connection is especially clear when it comes to Moderna's vaccine Spikevax, especially after the second dose.”

Younger Swedes who have already received their first dose of the paused jab, estimated to be around 81,000 people, will now be unable to receive the second shot of that vaccine as per its usual delivery regimen. The health agency said it was looking for the best alternative to offer this group.

Anders Tegnell, Sweden’s chief epidemiologist, said that those who have been vaccinated recently, either with their first or second jab, should not worry about the risk, noting that it is very small. He added though that Swedes should be vigilant for symptoms of the two inflammatory conditions.

Nordic neighbor Denmark also stopped the use of Spikevax on Wednesday, although only for minors under 18, citing similar concerns of rare side effects such as myocarditis.

Moderna’s mRNA Covid vaccine was greenlit for use in children aged 12 and over on July 23 by the European Medicines Agency. Earlier that month, the drug watchdog recommended adding the two conditions to the list of potential rare side effects for both Comirnaty and Spikevax after over 300 reported cases of myocarditis or pericarditis across the European Economic Area.
#BioNTech  #COVID-19  #vaccine  #Pfizer  #Covid