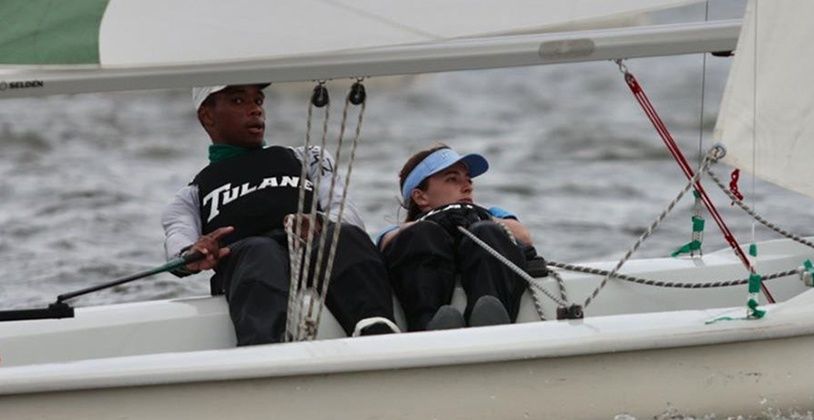 According to the Royal BVI Yacht Club, back in September, Lettsome finished in 4th place at the MAISA Laser North Qualifier in a fleet of 16 sailors. With light winds throughout the weekend, Lettsome was the highest placed finisher for Tulane. With14 races across the two day competition he posted a string of top five finishes including two first place finishes and three seconds

On the 9th and 10th of October, the team travelled to Connecticut for the Atlantic Coast Championship where they finished in 9th position and secured qualification to the final. The Green Wave had to battle back to ninth position and were able to secure the final bid to the finals in the very last race thanks to a strong performance by Thad Lettsome and Gillian Perrell.

"I really came down to Thad and Gillian having to match what the sailers from Bowdoin were looking to do," head coach Charles Higgins said. "At the end of the day Thad and Gillian did exactly what we needed them to do." The final will take place this weekend in New York.

This past weekend, the Nevins Trophy took place at King's Point in New York with winds from the south ranging from 12 to 22 knots. Taking the helm for races 1 through 10, Lettsome gave the team a strong start towards their final finishing position of fourth overall.

In November Thad will representing the BVI at the inaugural Junior PanAm Games in Cali, Colombia. Racing in the ILCA 7 (Laser) he will face off against the best sailors of North and South America and the Caribbean.