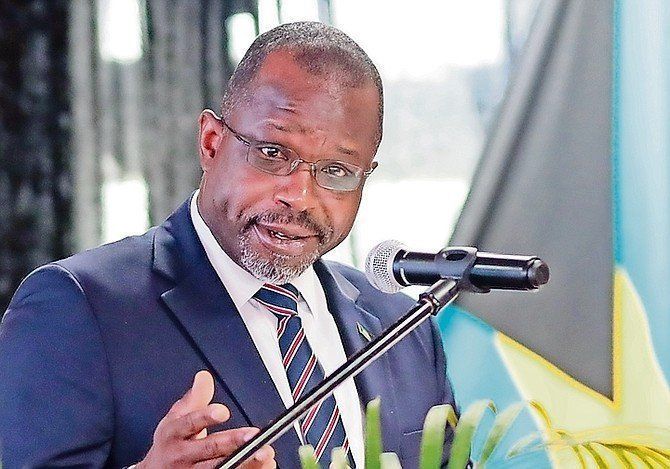 The Bahamas would send troops to Haiti if asked, minister says

The Bahamas would send troops or police to Haiti as part of a peacekeeping force if asked to do so by the United Nations or the Caribbean Community, a Bahamian government minister said today, as Haiti’s humanitarian crisis continues to worsen.
The United States and Mexico yesterday called for U.N. support for a security mission to Haiti, where a gang blockade of a critical fuel port has crippled economic activity and left millions of people facing hunger.

“If Caricom determines to send troops in, Caricom will no doubt determine how that troop make-up will be, which could include Bahamian troops,” National Security Minister Wayne Munroe told reporters.

“If this is the determination, the Defence Force will be ready, willing, and able to deploy.”

Such an intervention would be in the interests of The Bahamas, Munroe said, because the Royal Bahamas Defence Force already does extensive work to patrol its territorial waters for Haitian migrants.

Haitians frequently travel through Bahamian waters in hopes of reaching the United States.

Some 4.7 million people – nearly half of Haiti’s population – are experiencing high levels of acute food insecurity, according to an analysis by U.N. agencies and aid groups released on Friday.

U.N. Secretary-General Antonio Guterres earlier this month suggested sending in a “rapid-action force,” according to a letter seen by Reuters, without describing where the troops would come from.

The proposal presented by the United States in the U.N. Security Council yesterday said a force would be led by a “partner nation,” without identifying the country.