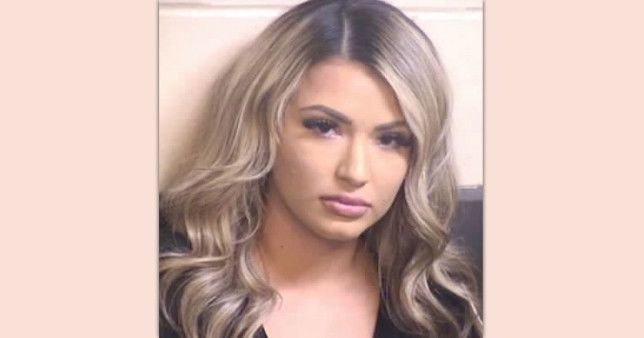 The English Rule of Law: Prison officer cut hole in pants and had sex with inmate in front of 11 others

A US corrections officer has been jailed after she cut a hole in her trousers to have sex with an inmate in front of 11 other prisoners.
Tina Gonzalez, 26, quit after being arrested in May last year when bosses found out about the ‘depraved’ sexual fantasy she carried out at Fresno County Jail, in California.

Despite it being illegal for prison staff to have sexual relations with inmates, Gonzalez cut her uniform so she could have sex with a prisoner while 11 others watched, local outlet The Frenso Bee reported.

She has since shown ‘no remorse’ and has ‘sexually explicit’ phone calls with the prisoner regularly, her former boss, assistant sheriff Steve McComas told the court on Tuesday.

He said he had seen ‘pretty disgusting things’ in his 26 years of working at a prison but Gonzalez’s actions topped his list.

Gonzalez, who had worked as a corrections officer for more than three years, has also been ‘boasting’ about her crimes since committing them, Mr McComas added.

He said: ‘That is something only a depraved mind can come up with.

‘She took an oath which she betrayed and in doing so endangered her coworkers’ lives.’

Gonzalez also supplied the inmate with razors and a cell phone and she would regularly warn him when his cell was going to be searched.

She pleaded guilty to sexual activity by a detention facility employee with a consenting inmate, as well as possessing drugs or alcohol and a cell phone to give to an inmate in April.

Her defence said she was vulnerable at the time of the crime as it happened just after her marriage had ended.

The judge did not give her the maximum sentence for this crime, three years and eight months, saying he took note of her early plea and her lack of a previous criminal record.

Instead, Gonzalez will spend seven months behind bars and two years on probation.

Speaking directly to her, Judge Michael Idiart said: ‘I think what you did was terrible, stupid and you have ruined your career.

‘But I also believe that people can redeem themselves and you have the rest of your life to do that. Good luck.’