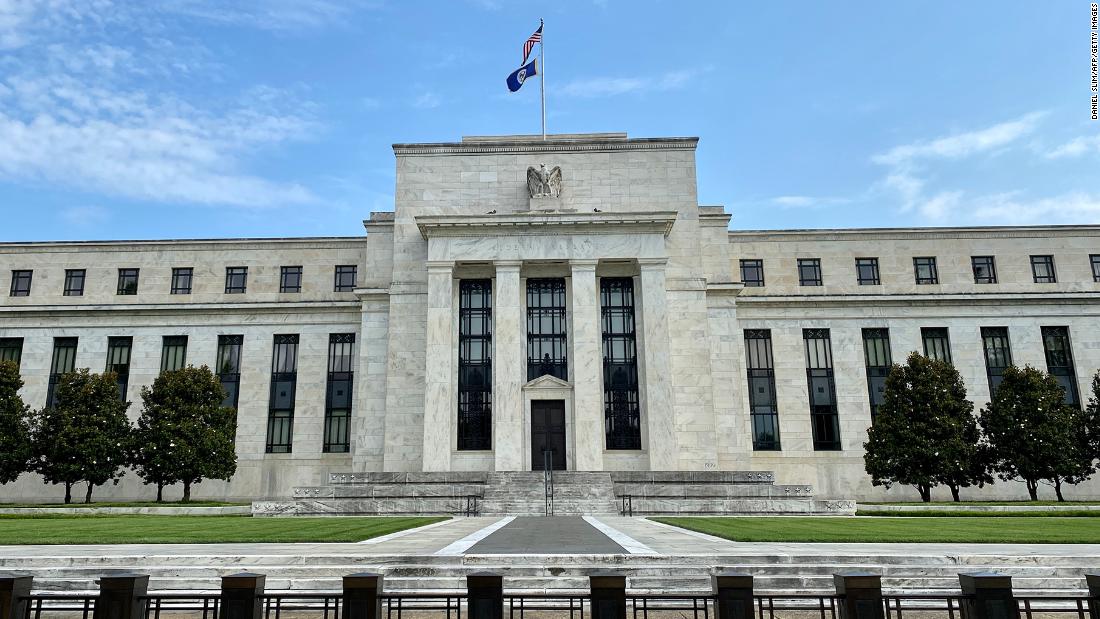 JPMorgan Chase (JPM), Wells Fargo (WFC) and other big bank stocks retreated on the news, helping to drive the Dow down as much as about 300 points, or 1%. US Treasury yields also crept higher, weighing on the broader markets.

Last spring, when the economy and markets were in chaos, the Federal Reserve handed a sort of "get out of jail free" card to America's big banks: It loosened leverage rules that JPMorgan, Bank of America (BAC) and other large lenders must abide by.

But on Friday, US regulators said they would allow the leverage exemption to expire at the end of the month, explaining that the "temporary change was made to provide flexibility" to banks — allowing them to keep providing credit to families and businesses during the pandemic.

The Fed also announced it will attempt to rework the leverage rule to make sure it remains effective in the current environment.

The decision follows pressure from leading Democrats who were worried big banks were using the pandemic as an excuse to weaken post-2008 crisis rules.

Senator Elizabeth Warren applauded Friday's move as the "right decision for keeping our banking system strong," but she also signaled tension ahead.

"Now we need to make sure the giant banks don't try to sneak in a back-door reduction in their capital requirements," the Democrat from Massachusetts said in a tweet. "This is too important."

Big banks such as JP Morgan and Citigroup (C) had been urging regulators to roll over the relief — if not make it permanent. And some Wall Street analysts warned that failure to extend the exemption could cause a destabilizing spike in bond yields if US banks decide to back away from the Treasury market.

Here's how the exemption worked: Last spring the Federal Reserve, FDIC and Office of the Comptroller of the Currency had granted big banks a waiver allowing them to bulk up on ultra-safe US Treasuries and take in a surge of deposits without the usual penalty.

Those penalties are typically levied when banks flout rules around what's known as the supplementary leverage ratio, or SLR. It requires the biggest US banks to hold capital of at least 5% of total assets on — and off — their balance sheets. It's essentially a forced buffer, with the goal of preventing banks from becoming too leveraged.

But with the pandemic raging, the Fed announced on April 1 that it would temporarily exclude US treasuries and deposits held at Fed banks from the SLR calculation.

'Heated' debate set off by stimulus

The moves were aimed at giving banks more lending firepower during the recession and ease strains emerging in the Treasury and repo markets.

"The reason this issue even became so heated is solely because the Treasury is issuing so much debt to fund the spending habits of Congress," Peter Boockvar, chief investment officer at Bleakley Advisory Group, wrote in a note to clients Friday.

The Fed acknowledged these challenges, saying it "may need to address the current design and calibration of the SLR over time to prevent strains from developing that could constrain economic growth and undermine financial stability."

The central bank plans to invite public comment on several modifications to the leverage rule, but promised any changes will not "erode the overall strength of bank capital requirements."

This reform process could end up causing some bank reserves being "permanently exempted" from the leverage rule, according to Jaret Seiberg, policy analyst at Cowen Washington Research Group.

"It is odd that big banks get punished because the Fed and Congress want to stimulate the economy. Yet that is the case today," Seiberg wrote.

Although bank stocks fell on the news Friday, there could be a silver lining for Wall Street: Allowing the relief to expire could ease pressure on the Fed to limit bank dividends and share buybacks.

"This takes out of play the biggest political impediment to the Fed removing all Covid-19 related restrictions on big bank capital distributions," Seiberg wrote.

But leading Democrats are already signaling caution around allowing big banks to return too much cash to shareholders.

Senator Sherrod Brown, the chairman of the Senate Banking Committee, hailed Friday's announcement as a "victory" for financial stability but added: "I will continue to fight for regulators to prioritize the real economy over stock buybacks and dividends."