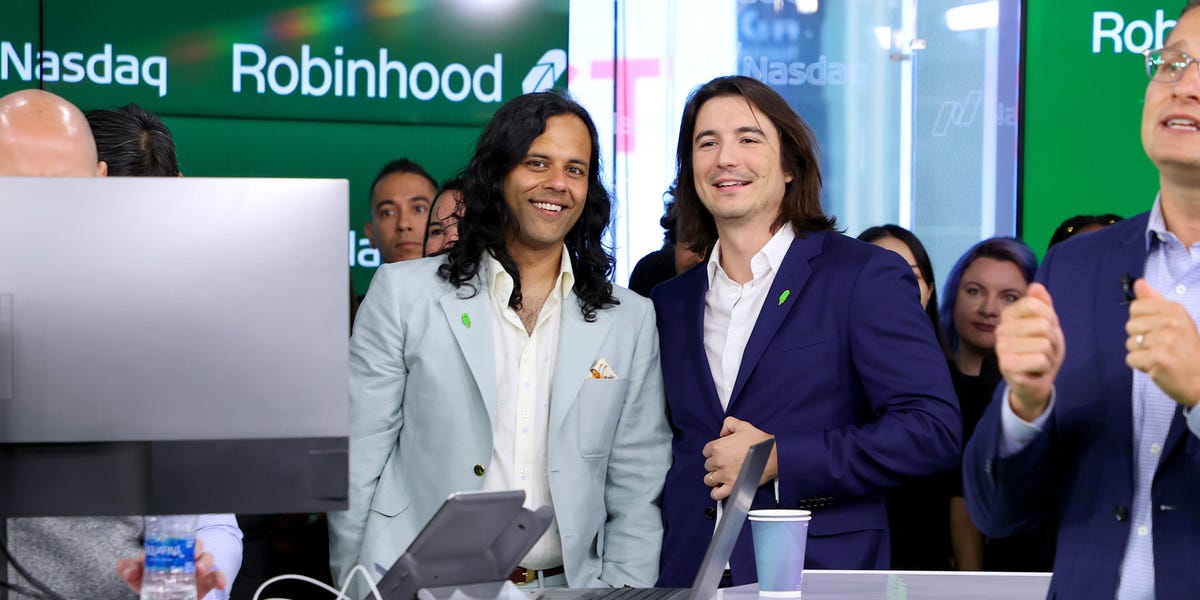 The financial startups bubble is bursting. Here are the fintechs that have announced cuts so far, from Robinhood to Better.

Robinhood cut 300 jobs in April, citing a slowdown in retail trading. Other financial tech companies to slash headcount include Better and Blend.

America's tech industry enjoyed an unprecedented boom during the pandemic when Americans turned to their phones like never before to do everything from shopping to online banking.

Financial technology startups that help consumers bank, trade or shop online were among the winners. But business is slowing as people increasingly return to their pre-pandemic lives.

Compounding the slowdown for fintechs are rising interest rates, which hurt demand for services like mortgage lending and stock trading.

Signs of distress are showing up in the form of layoffs, which have been popping up all over Silicon Valley businesses in the last few months, from no-fee trading app Robinhood to mortgage software provider Blend.

Here are some of the most notable examples so far: 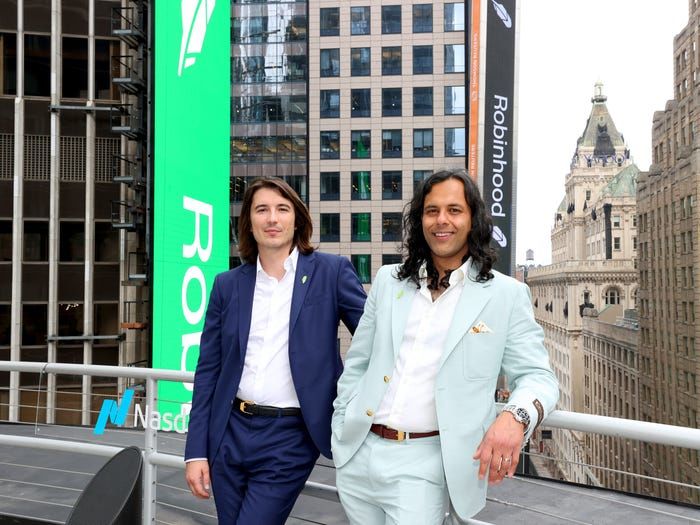 During the pandemic, so-called "meme stocks" from GameStop and AMC exploded as stuck-at-home investors armed with no-fee trading platforms looked for ways to spend their pandemic stimulus checks.

As new users piled in, Robinhood hired rapidly. Between 2020 and 2021, the trading app's staff grew dramatically: from 700 people to around 3,800, according to CEO Vlad Tenev. But that growth ended up proving too much, too fast. In April, Robinhood was forced to slash headcount by 9% — more than 300 people altogether.

"This rapid headcount growth has led to some duplicate roles and job functions, and more layers and complexity than are optimal," Tenev said in April. "After carefully considering all these factors, we determined that making these reductions to Robinhood's staff is the right decision to improve efficiency, increase our velocity, and ensure that we are responsive to the changing needs of our customers."

Laid off staff have told Insider that the founders were "visibly shaken" in announcing the April layoffs. 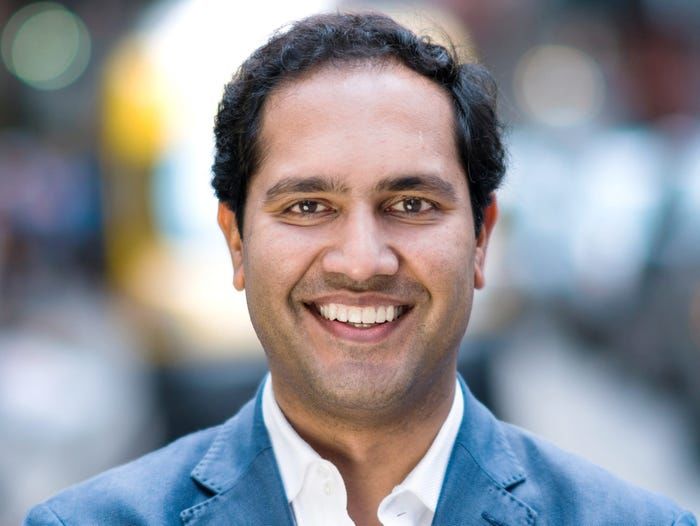 Better.com CEO Vishal Garg laid off 900 employees on a video call in December.

Starting in late 2021 and continuing through the first several months of 2022, mortgage startup Better.com laid off approximately 4,000 people.

The first wave started right before the holiday season in 2021, when CEO Vishal Garg laid off "hundreds" of people in a video call.

Garg told employees via Zoom that the company, "lost $100 million last quarter," which he said, "was my mistake." He then said the layoffs shouldn't have happened right before the holiday, but, "three months ago."

Former employees told Insider they were shocked and angry by the first round of cuts, in part because execs had painted a rosy picture.

Better followed up with another 3,000 layoffs in March, and is now accepting voluntary layoffs in some departments. 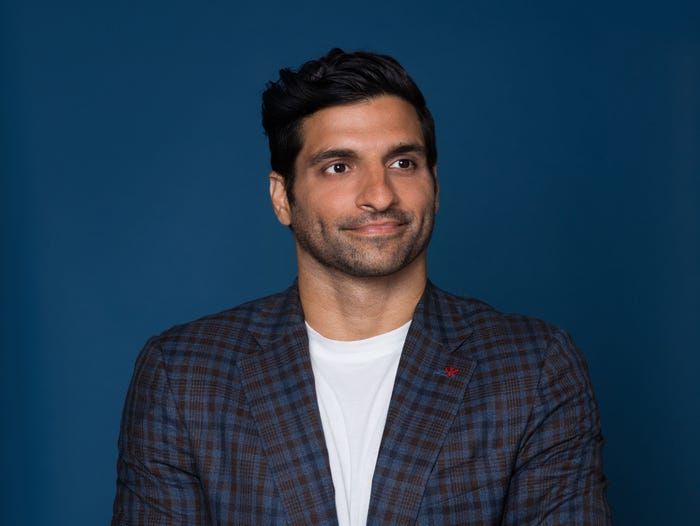 Although Blend doesn't write home loans, its technology is used by major US lenders from Wells Fargo to US Bank, so its fortunes are tied closely to theirs. Blend's layoffs this spring affected roughly 200 people, many concentrated within Blend's title insurance business.

Ahead of its IPO last July, Blend bought Title365, which has been particularly exposed to swings in refinance volumes, for more than $400 million.

The size and pace of rate increases "is unprecedented, certainly in modern history," Tim Mayopoulos, the president of Blend, told Insider.

Prior to joining Blend, Mayopoulos spent nearly 10 years at Fannie Mae, where he ultimately served as president and CEO of the mortgage giant.

"These are big movements in a very, very big market," Mayopoulos added. "It shouldn't be surprising to any of us that everybody who's touching this market is having to think about how to bring their cost structure in line with market realities." 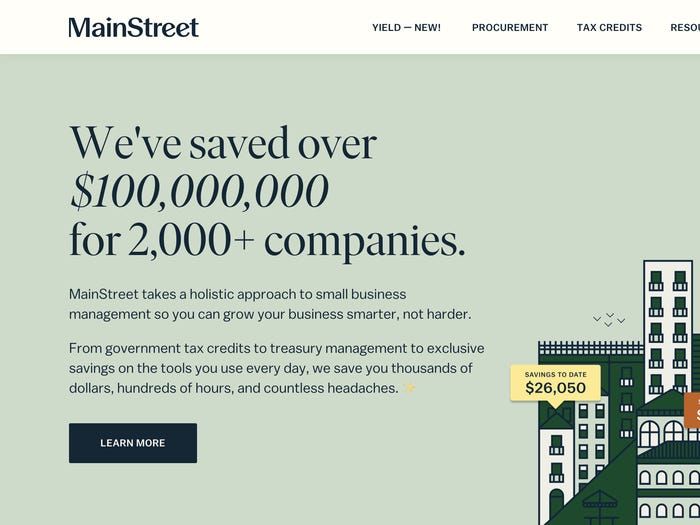 In January 2022, B2B financial-services startup MainStreet flew the entire company out for a week-long working vacation in Maui.

About 150 employees stayed at the luxurious Grand Wailea Hotel, attended meetings, and enjoyed free buffets at the beachfront Hawaiian resort. Workers who questioned the expense were told the startup was aiming to land a significant Series B funding round that would ensure significant runway.

But the funding that ultimately materialized was smaller than originally planned, Insider has learned, and in early May the company cut around 50 employees — roughly a third of its workforce. 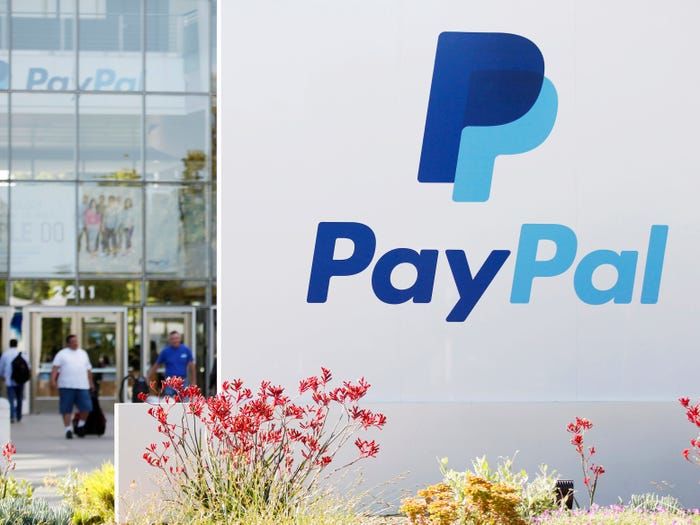 A PayPal sign is seen at an office building in San Jose, California May 28, 2014.

PayPal has laid off its security R&D team focusing on emerging technologies, Insider has learned. And a source with direct knowledge of the cuts believes it won't be the only unit to be affected as the payments giant undergoes an internal restructuring to cut spend.

"There's a lot of restructuring, a lot of refocusing for the company. As you know, the last quarters haven't been really great from a financial perspective. I think there's a lot of tightening going on in the company," said the source, who asked to remain anonymous for fear of retribution. The source added that employees in other advanced security topics, such as threat intelligence, were also let go.

Market conditions, like supply chain issues and rising inflation, have put downward pressure on growth, Schulman said. Meanwhile, eBay's migration to managing the end-to-end payments process "put $1.4 billion of pressure on our top line," Schulman said during the earnings call. Competition from fintechs like Stripe and Shopify also continues to saturate the payments and e-commerce space.