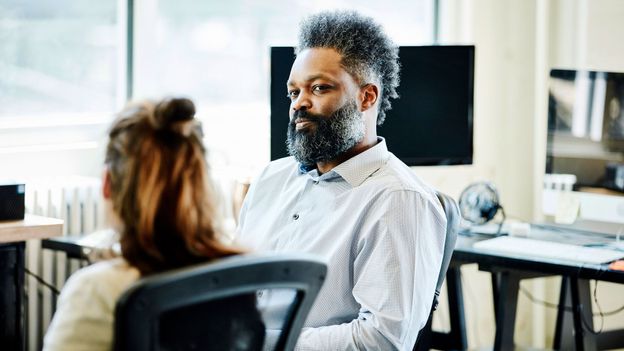 The people penalised for expressing feelings at work

Unspoken ‘feeling rules’ govern how we express ourselves in the workplace. But not all displays of emotions are treated equally.

Every office has unspoken social norms around how workers are expected to feel in a given situation, and how those feelings should be displayed. They’re known as “feeling rules”, and are so ingrained in our social and workplace interactions that we rarely pay close attention to them.

For example, when a colleague announces he’s engaged, feeling rules dictate that you would show happiness. When your boss says the team just lost an account, the appropriate feeling could be frustration or even anger. Work-related disappointment is often tolerated, particularly if it’s paired with a focus on finding a solution.

But not all displays of emotion are treated equally; experts say what is and isn’t considered ‘appropriate’ can depend the worker. We already know, for example, that women who raise their voices in a professional environment might be perceived as belligerent, while a man behaving in the same way would be seen as assertive or even a leader.

However, research suggests there isn’t just a gender gap regarding feeling rules – there’s a racial discrepancy as well. Data suggests when workers of colour display emotions, their feelings can elicit a different response compared to white workers displaying the same emotions. This forces BIPOC employees to self-monitor in the workplace, to guard against colleagues incorrectly interpreting their emotions in a way that adversely impacts their careers – significantly increasing their emotional load.

‘You see the look’

Throughout the years, multiple studies have demonstrated how feeling rules are applied differently to men and women. The consistent conclusion: people judge emotions such as anger, sadness and frustration much harsher when displayed by a woman than by a man. Researchers have found women who cry at work can be seen as weak or unprofessional, while people assume men are dealing with external factors behind the tears. Similarly, men who exhibit anger can often wield it as an effective management tool to appear capable, while women are seen as inept or even shrill. 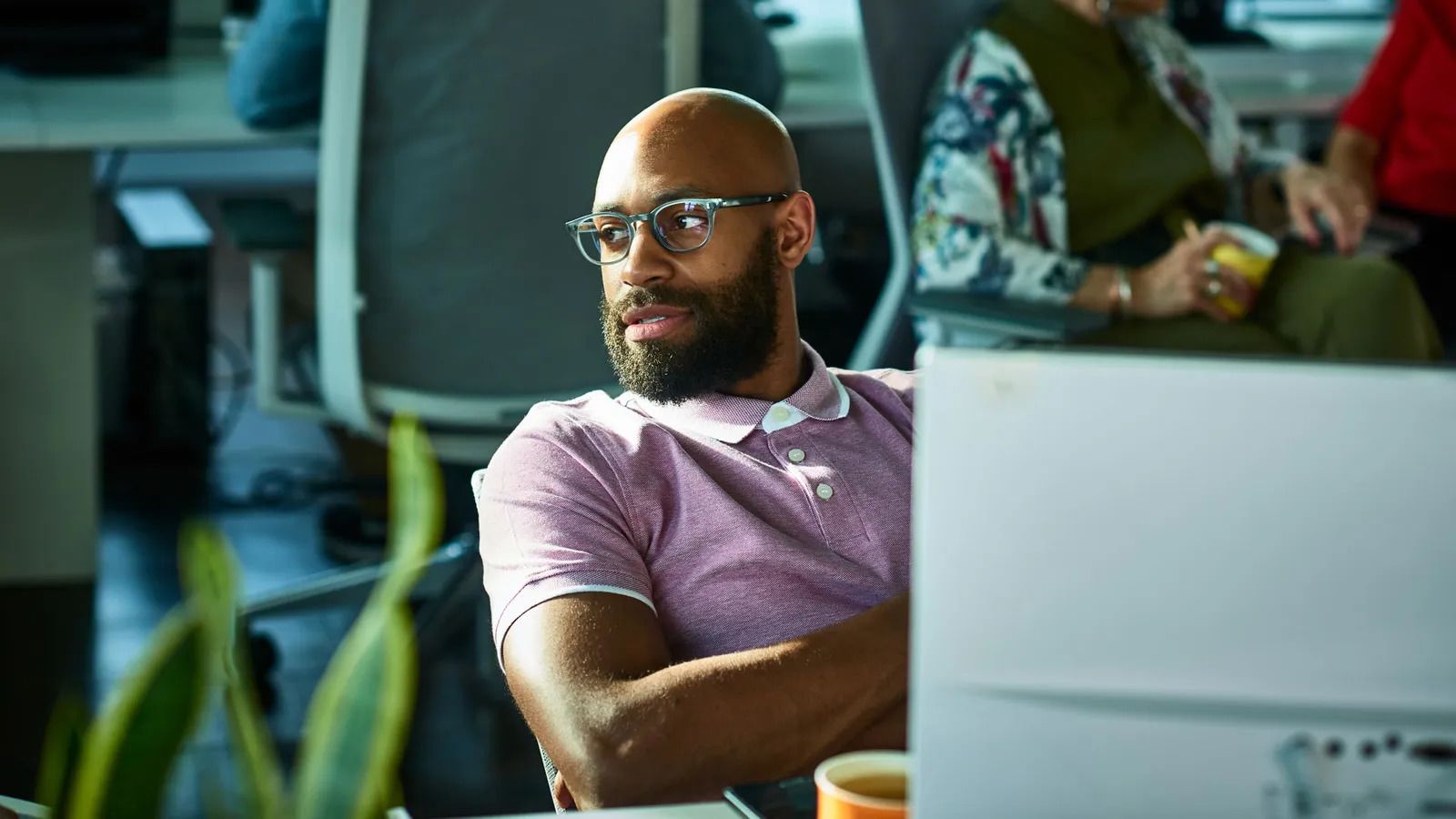 In one 2014 project, 170 undergraduate students watched a video of closing statements by lawyers in a court case. The participants were asked to render a verdict and rate the lawyers’ competence. Angry male litigators received the highest scores; angry female litigators were given the lowest ones. What’s more, the students attributed the women’s anger to their emotional state, but attributed the men’s anger to the situation itself.

It’s difficult to dissect the precise cause of the gender disparity, but entrenched stereotypes are often to blame as well as a lack of exposure to seeing women in leadership, rather than supporting positions.

More recently, research has demonstrated a similar phenomenon in terms of how people perceive emotions of BIPOC employees in the workplace, compared to their white counterparts. Even when workers adhere to ‘standard’ feeling rules, evidence suggests BIPOC workers – particularly, black employees – must also manage the emotions they produce in others or risk negative consequences.

Robert, a black media executive based in the UK, says if he gets too enthusiastic in a professional environment talking about a project, those around him often read his emotion differently than his intention. “I can see in their body language and their eyes that they're a bit scared of me when I’m going into full passion mode,” says Robert, whose last name is being withheld to protect his job security. “I think as a black man especially, that a lot of people are just scared of you, anyway. You raise your voice slightly and you see the look. People don't say anything, but you see a look of fear.”

Researchers say experiences like Robert’s happen consistently in workplaces and everyday interactions. A study published in April by Stephanie Ortiz, a sociology professor at UMass Lowell near Boston, shows how feeling rules are enforced differs substantially depending on the ethnicity of the worker.

Ortiz conducted interviews with staff at college LGBTQ centres around the US. The questions centred on how administrators perceived their emotions when staff attempted to discuss issues of racism and discrimination that students who confided in them were experiencing.

Analysis revealed white workers who displayed anger in front of administrators on behalf of students were seen as having “passion for their work”. But staff members of colour were seen as “radical” and “not viewed as team players when they expressed anger” over microaggressions or prejudice on behalf of students. One Mexican interviewee reported outbursts by her white supervisor were deemed passionate, while she was told to be less emotional because it “frightens the neighbours”.

The researchers conclude unconscious bias and internalised racism often mean that BIPOC workers’ anger and other similar emotions are perceived in majority-white spaces as more “threatening” than similar emotions from white workers. Consequently, BIPOC staff often had to temper their own emotions significantly in discussions about race and inequality, or risk being perceived as antagonistic. “Otherwise, their own trauma would be seen as agenda-pushing and unprofessional,” says Chad Mandala, a PhD student in higher education at the University of Georgia, who worked alongside Ortiz on the study.

Sociologist Adia Wingfield, in her research on feeling rules, has shown that black workers edit their displays of emotion regularly not because they’re inappropriate, but because of how those emotions can be misread by others. She argues that feeling rules in workplaces weren’t necessarily established with BIPOC workers in mind, so there’s more scope for colleagues to decode them incorrectly, especially when stereotypes are driving those interpretations. And this can have significant, negative impacts. 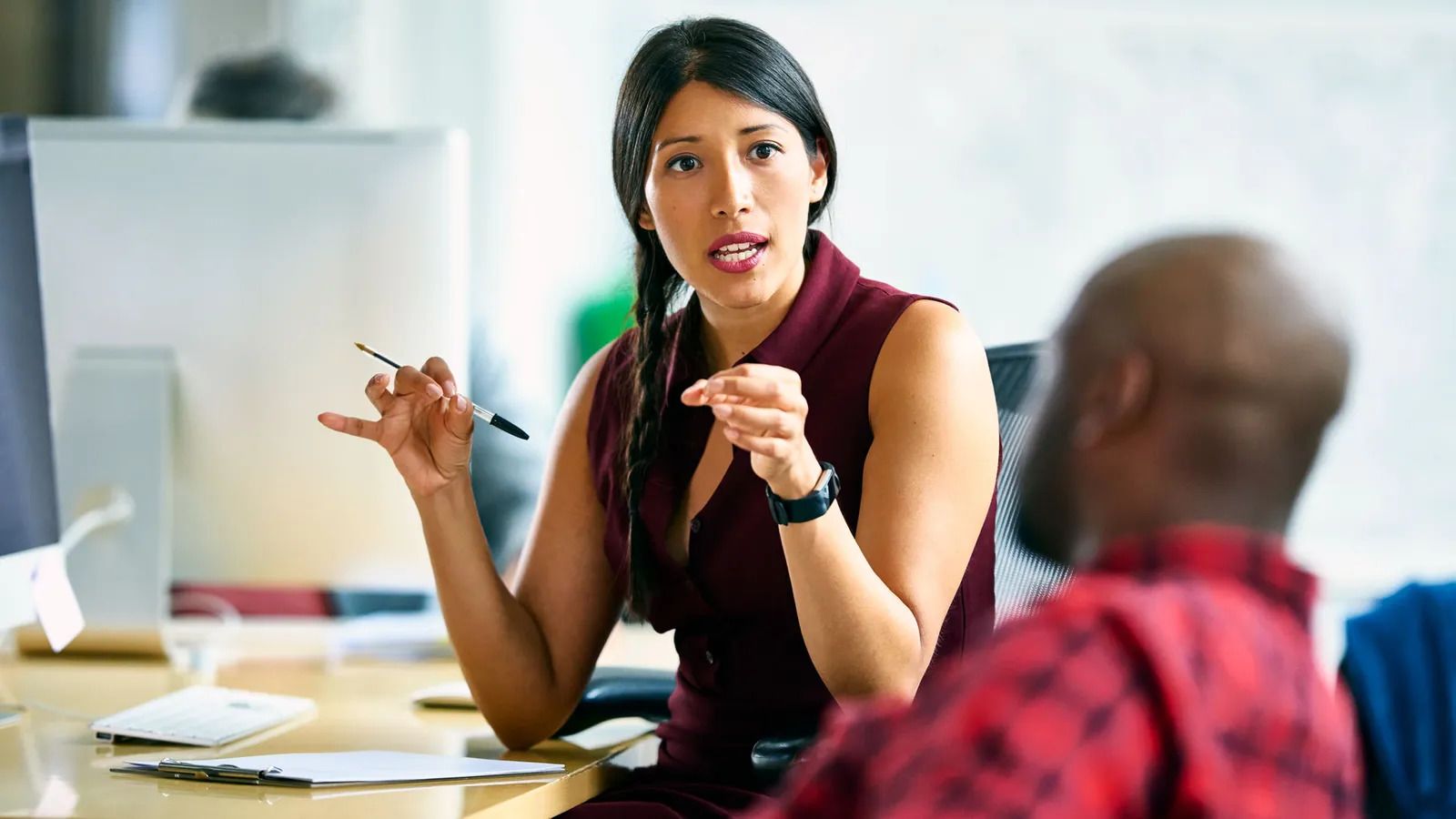 “If [BIPOC workers] were perceived to be angry, irritated, annoyed and frustrated, that usually would present a major problem, even if they weren’t necessarily feeling angry, irritated, annoyed and frustrated,” says Wingfield, a professor at Washington University in St Louis, Missouri, US. “But the perception of that, particularly from white colleagues, could often spiral out of control and create additional difficulties and challenges for them at work.”

A 2004 interview by US TV anchor Katie Couric with actor Denzel Washington illustrates this problem. In the interview, Kouric asked Washington about politics and whether “Hollywood folks should stick to acting”. He responds by saying: “I don’t know what Hollywood folks are. Hollywood is a town that has some stars on a sidewalk.” In a recent podcast, Couric said the interview left her “uncomfortable” and “shaken”; she said Washington “kinda jumped all over me”. Social media reaction was swift, with many arguing Couric’s interpretation was unfair and Washington’s response was nothing out of the ordinary. Some inferred that if a white actor had responded the same way, he would not have been perceived as threatening. “We know black men are often stigmatised as dangerous and angry,” comments Ortiz. “[Couric’s] framing of Washington’s response... seems quite severe.”

The overarching effect of the different way feeling rules apply to BIPOC workers increases emotional pressures on them. Wingfield says workers must combine “doing your job, adhering to those feeling rules and making sure that you are engaging in such self-control that you are pre-emptively aware of how people might perceive you, and making sure that you're not giving cause for those types of perceptions, which, as you might imagine, is a daunting task”.

Failure to do so, however, can result in major consequences, say Ortiz and Mandala. “All of our respondents talked about having learnt the rules by seeing other people experience the brunt of these rules or feeling it themselves,” said Mandala. “So, it was learning what not to do because other people got fired.”

Yet, Ortiz suggests rather than the onus being on BIPOC workers to self-censor, workplaces must push towards becoming more inclusive. Allyship and awareness from colleagues in workforces that may only have one or two BIPOC workers in the group is vital. “If you're one of the many and you see an ‘only’ being targeted during a meeting or you see their emotions aren’t being legitimised, you don't save that for private afterward in an email or in the hallway telling them, ‘Oh, by the way I agreed with you’,” she says. “You really need to step up.”

For Robert, tamping down his emotions remains a common, inevitable experience. Even after earning prestigious awards, he knows he has to tread lightly when speaking to other executives, potential donors or company heads – “ease back” as he calls it – so his emotions aren’t misconstrued.

But he’s also taking matters into his own hands. These types of incidents in the workplace inspired Robert to help underrepresented youth find a pathway to get into the media industry. He hopes contributing to a diversified workforce will lead to lasting change, so that workers from marginalised communities and their differences are fully embraced rather than just being “tolerated,” he says.

“I work with people who haven't got experience with other cultures,” says Robert. “It can be a bit daunting for them to understand who you really are.”