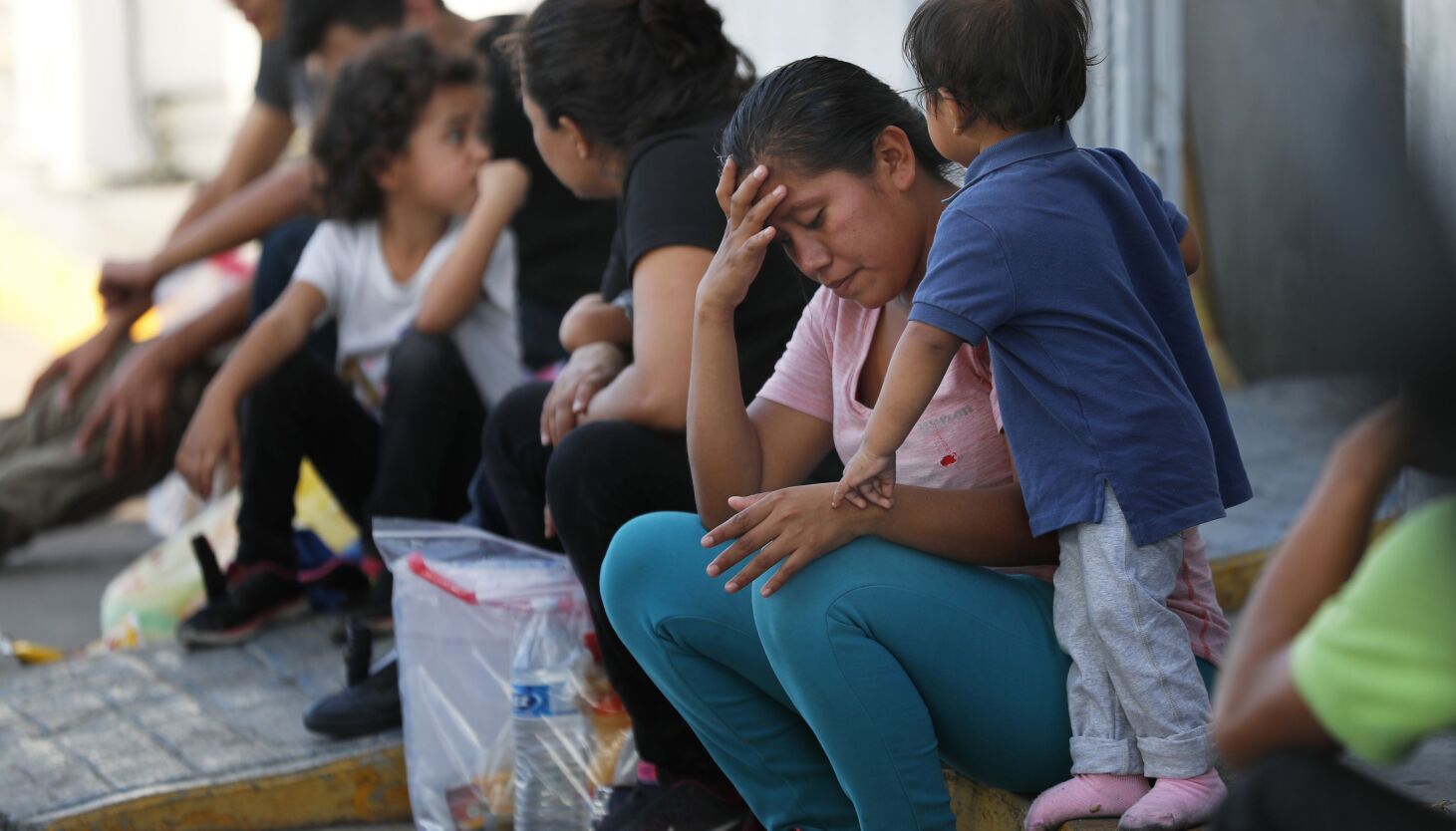 The policy, which is also known as migrant protection protocols, was in front of the Supreme Court this week

This week, the Supreme Court heard oral arguments in Biden v. Texas, a case revolving around the controversial “Remain in Mexico” policy. Justices are expected to issue a ruling this summer.

Here’s what you need to know about the policy and the surrounding debate:

The “Remain in Mexico” policy is officially known as the migrant protection protocols. First implemented by the Trump administration in January 2019, the protocols allow the United States government to return non-Mexican asylum-seekers (who entered the U.S. via the southern border) to Mexico to await immigration proceedings.

Although the Biden administration suspended the policy in January 2021 — and it was subsequently terminated in June 2021 — it was reinstated in early December because of a court ruling. U.S. officials again began sending non-Mexican asylum-seekers to Mexico.

Migrant protection protocols are only applicable to those from the Western Hemisphere. There are numerous other exemptions — it can’t be applied to unaccompanied minors, for example.

The Biden administration has made adjustments to the policy, clarifying who is exempt from it, said Danilo Zak, policy and advocacy manager for the National Immigration Forum. They’ve exempted pregnant women, the elderly and those who might be harmed because of their gender identity.

How has the ‘Remain in Mexico’ policy impacted migration?

Experts say that the policy was intended to deter foreign nationals from immigrating to the United States. “It was instituted by the Trump administration as one in a series (of measures) to disincentivize individuals and families from seeking asylum in the U.S.,” said Giulia McPherson, Jesuit Refugee Service’s director of advocacy and operations.

Ordinarily — that is, prior to the implementation of the “Remain in Mexico” policy and Title 42, the piece of public health code that allows Customs and Border Protection officials to turn away migrants at the border — people looking for asylum would usually present themselves at a port of entry, experts say. If in the course of a credible fear interview with a United States official, it was established that the person might face torture or persecution in their home country, they would be allowed to stay in the U.S. as their case made its way through the system.

But the “Remain in Mexico” policy means that, even after passing their credible fear interview, asylum-seekers are sent to Mexico — “oftentimes to live in the same dangerous circumstances they were trying to escape,” said McPherson.

Because violence and insecurity are “systemic throughout northern Mexico, particularly in the border towns near ports of entry,” she said, many asylum-seekers have ended up dropping their claims and have ended up migrating to other parts of Mexico.

Has it stopped undocumented migrants from coming to the United States?

Experts emphasize that while policies like “Remain in Mexico” and Title 42 are intended as deterrents, they haven’t actually led to a reduction in the number of border crossings. In fact, despite the continued implementation of Title 42 and “Remain in Mexico” under the Biden administration, the number of border crossings is approaching record highs.

In March, for example, when policies were in place, border officials arrested 210,000 migrants, the highest number in over two decades, Reuters reported. 2019, the first year that migrant protection protocols were in place, also saw a surge in migration, according to Pew Research Center.

“What we’ve seen is that the numbers have not subsided,” said McPherson. “People are fleeing desperate situations. We need to address the problems in the asylum and immigration system in the U.S. and the root causes of migration, as well.”

Additionally, because the “Remain in Mexico” policy encourages migrants to steer clear of border patrol agents, experts say more are attempting to cross into the U.S. undetected. This means that they’re taking longer, more circuitous journeys, often through dangerous terrain, putting their lives at greater risk.

“The majority want to follow the legal process and make their claim legally. All we’re asking is that the U.S. government honor that right and that wish,” said McPherson, who added that, under Title 42, many migrants are being turned away without the opportunity to go through a credible fear interview.

Why do immigration advocates believe it’s important to lift the ‘Remain in Mexico’ policy?

They cite a number of reasons: For one, the United States is a signatory to the 1967 protocol relating to the status of refugees. Some legal experts believe “Remain in Mexico” violates this convention.

Human rights advocates also say that the “Remain in Mexico” policy is a violation of the United States’s own laws. More than that, they believe it’s inhumane.

Not only do many asylum-seekers who have been returned to Mexico wait in squalid conditions where they lack basic necessities, they are vulnerable to violence, including sexual assaults, kidnappings and murder, said Zak.

Of those seeking care at Medecins Sans Frontieres’s clinics in Nuevo Laredo between January and October 2019, for example, 80% reported they had experienced violence and 75% said they had been kidnapped.

Experts also say that waiting in Mexico as one’s case winds its way through the United States’ system makes it difficult to impossible to pursue one’s asylum claim. These individuals have “extremely limited access to counsel” in the United States, said Zak, and often don’t receive orders to appear in court or can’t get there. The result is that many have been subject to “in absentia removal orders,” he said, adding, “These are concerns that persist no matter what administration is administering the policy.”

Why do some politicians and others want the ‘Remain in Mexico’ policy to stay in place?

Describing the policy as “thoughtful” last month in comments he presented to a House subcommittee on border security, Timothy Roemer, director of Arizona’s Department of Homeland Security, said, “When applied properly, MPP helps protect the lives of every Arizona community and those throughout the nation.”

He claimed the policy helps law enforcement officials better protect the country from drugs and “transnational criminal organizations who continue to profit off vulnerable populations.”

Despite record numbers of border crossings that have occurred under both “Remain in Mexico” and Title 42, Roemer assured the House subcommittee that these policies help keep “the situation at the border under control.”

Experts say that they don’t expect the numbers of people trying to reach the United States to change if the policy is lifted. Migrants fleeing their home countries are “not concerned with the policies they might find at the U.S. border,” said Zak. “They’re concerned with … trying to find safety.”

Advocates also say that the United States could begin to assess asylum-seekers’ claims. “We have precedent for this — when the Biden administration terminated the policy last June, they started processing people in,” said McPherson, adding that it was “done in an orderly fashion” as her organization helped accompany migrants through the border.

“We know the administration, working with nongovernmental organizations, would develop a process by which it could adjudicate cases while (asylum-seekers) safely await their court appearances in the United States,” she said.